Last week, DesignTV by SANDOW took viewers across the globe to meet with some of the most interesting people in the architecture, design, and art world. DesignTV by SANDOW airs live on Facebook and the Interior Design homepage Monday through Thursday starting at 1p.m. EST, and what better way to get tuned-in for this week's programming than by getting refreshed on all the great conversations that just happened: 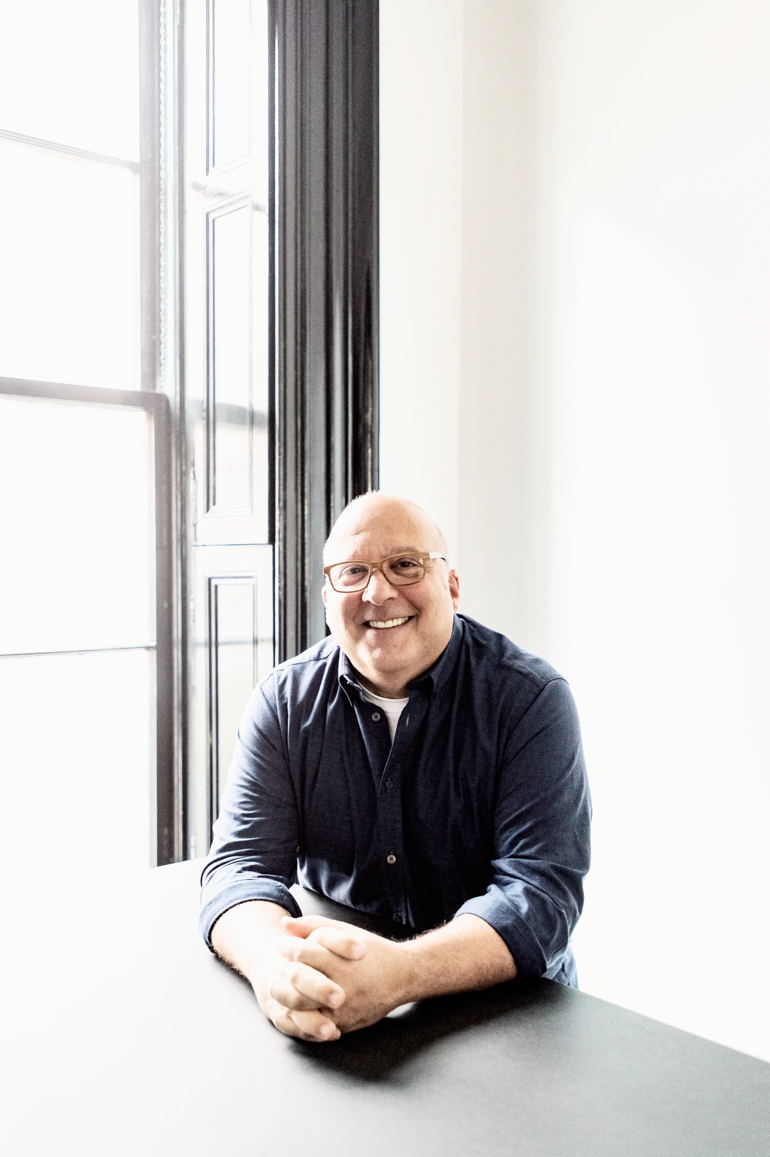 First up on the docket of Interior Design programming was Monday's 1on1 interview between Cindy Allen and David Galullo. The CEO & chief creative officer of California-based Rapt Studio helped the audience stay inspired during his virtual chat with Allen, a welcome change of pace now that he is no longer bouncing between airport lounges. "Everything is interwoven now," Galullo said about bringing strategists, industrial designers, and technologists into his firm of interior designers and architects. "Times like this you look inside and you know what you're made of," Galullo added, noting the importance of cultivating and nourishing clients. Having worked on many office spaces, Galullo noted the importance of not so much the work place, but the work force. "People need the same thing whether they're in crisis or out, and I hope that we don't lose what we're learning," Galullo remarked about working within the constraints of a global pandemic.

Galullo's latest venture is Unity Technologies, a brand that's a leader in 3D platforms from video games to virtual reality. He told Allen the company looks at alternate universes to see what technologies and tools are used there. Rapt Studio helped the Danish company open an office in San Francisco, amongst other worldwide locations from Montreal to Tokyo. Viewers saw Galullo walk Allen through four of the offices Rapt Studio designed for an aptly named company that aims to—in a professional sense—bring programmers together. A fun exercise for Galullo's design company was to make a global brand fit into a local art scene.  Be sure to check it out and pick a favorite locale! 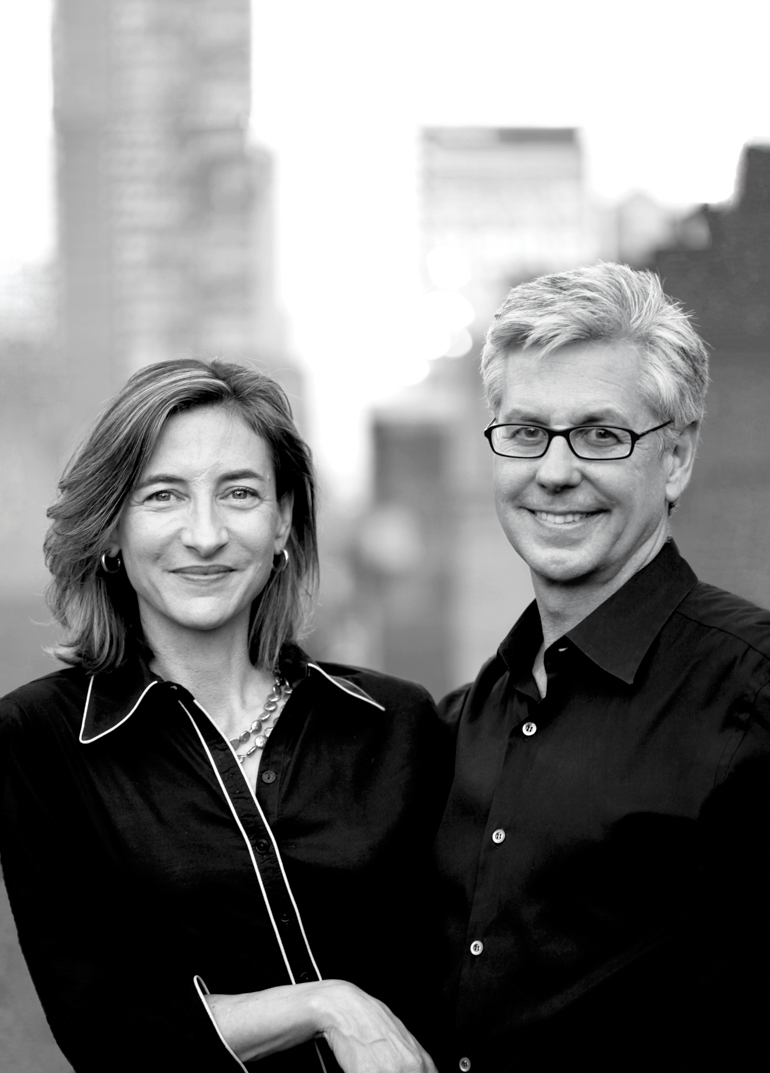 Marion Weiss and Michael Manfredi, cofounders of the multidisciplinary WEISS/MANFREDI firm, were featured in Tuesday's episode for another edition of a 1on1 interview with Allen. The recent winners of the Thomas Jefferson Honors—honored in the same class as Justice Sonia Sotomayor—chatted about green spaces and public parks, their area of expertise. But at this very unusual time, "the one thing we can truly share is the horizon," Weiss said. While work is challenging in the short view, Manfredi knows that people want spaces where they can see each other, especially during a time that is affecting everybody. For two decades, their practice has combined landscape, urbanism, and art. Fusion is important: The synthesis of a building and its garden goes against the disciplinary boundaries placed on many professions, boundaries Weiss and Manfredi reject. "The panoramic capacity to see potential everywhere," akin to how Michelangelo was not just a painter, is how Weiss says the well of creativity and innovation never runs dry.

Allen took the viewers through three projects: The Brooklyn Botanical Garden visitor center; Cornell University's Tata Center for Information on Roosevelt Island, Olympic Sculpture Park in Seattle. Each project presented its own excitements and challenges. From designing for a public space to ensuring river-to-river views in New York City, achieving the "alchemy of movement," as Weiss says, to re-establishing a wetland environment, these projects are dynamic spaces that bring together city, nature, and humanity in a unique way. For the two, struggle and serendipity seem to go hand in hand, an encouragement for all during this time.

In Wednesday's episode of DesignTV by SANDOW, Interior Design offered back-to-back installations. To kick off the discussion, Allen hosted Inside the Issue: Big Ideas where she took viewers through the most recent edition of Interior Design magazine and spoke with the people who are behind the featured content. First up, Boris Gentine of Saguez & Partners and, also a guest on Allen's Instagram Live interviews, spoke about the poster campaign in Saguez & Partner's new home, Saint-Ouen-sur-Seine. The posters, a collection of 11 graphic design styles that allude to vintage travel advertisements, celebrate the city that was under appreciated. The color-loving agency connects their own various teams with their Saint-Ouen-sur-Seine community with this city-wide campaign.

Next up, three members of Group Project—Colin Kelly, the team leader, Brit Kleinman, an industrial designer, and architect Brandon Massey—spoke to Allen about a big win: Redesigning the garbage cans on every New York City street corner. After the design was beta-tested last summer, along with work by two other semi-finalists, their's was selected as the winner and is now in the design-manufacturing phase. The RISD alums began the design process by looking at existing problems with the standard bins, which had not been updated since the 1930s. While pedestrians were a big influence for the design, they recognized the need to optimize and make the bins ergonomic for an equally key group—sanitation workers. The project accounts for 23,000 bins, but for now a dozen prototypes are at home on the Upper East Side.

The last segment of the week was The Maker's Studio; Interior Design went to Peg Woodworking's studio and Helene Oberman, Managing Director of Interior Design, interviewed Kate Casey after the shop space tour. Casey started the all-female run woodworking company that combines the artistry of sculpture with the functionality of design in 2014. Casey uses tried and true methodologies and designs products wanting to ensure each lasts the client several generations. Besides woodworking, Casey showed the viewers her home weaving studio where she makes seats. This second studio is more meditative and quiet which allows Casey and her team to add detail and try new techniques that allow for total customization.

Casey joined the conversation with Oberman from her home studio, which allows her to keep up her weaving work during the COVID-19 quarantine. Having always been into crafting, Casey said she is grateful to be able to keep her creative mind and hands busy. Casey made the transition from being a 2D to 3D artist after her time at art school, going from artist to furniture maker with a road stop as a sculpture maker. "What I thrive in, in the studio practice, is guidelines," Casey said about being paralyzed with overwhelming creative freedom in art and sculpture, noting that the impetus to begin her company happened when she grew out of her Ikea furniture and built a coffee table. What she realized after the project was that she made a sculpture with a function. And once she had the boundary of "function," the rest is history.