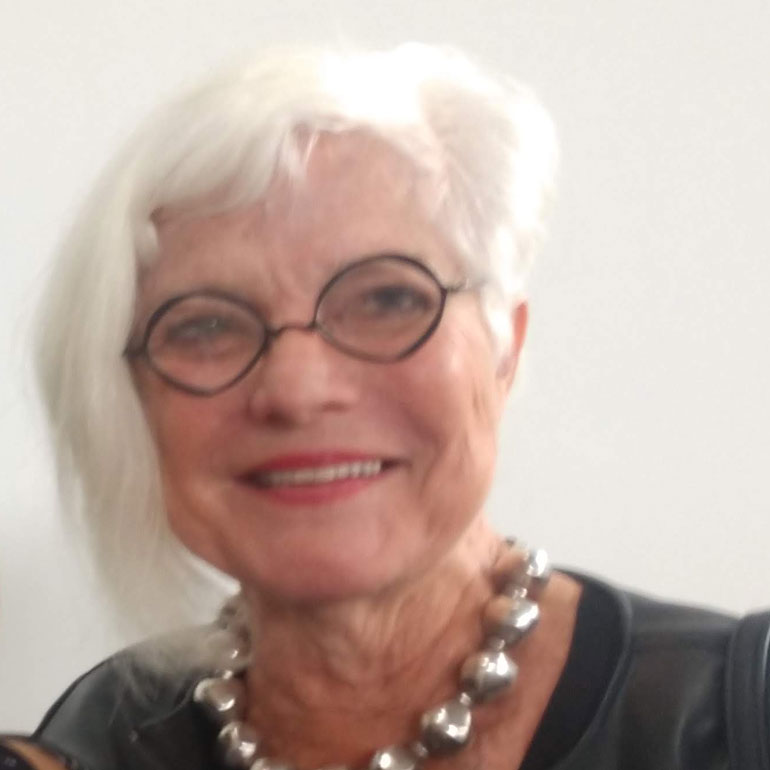 Los Angeles’ architecture, design, and arts community lost a luminary with the passing of Merry Norris. Merry was omnipresent and central to almost every event in the overlapping worlds of design and art. Though tiny, she was hard to miss: gleaming platinum hair in an edgy bob, brilliant red lipstick, and inevitably the chicest outfit in the room.

Officially, Norris was an art consultant. She started working at a time when the term scarcely existed in L.A., in a city where collectors looked to New York and abroad for works. Norris embraced California’s artists and helped bring them to the forefront. She did so, not only with private collectors, but through the Museum of Contemporary Art, which she was instrumental in founding and building from 1979 to 1985. She was an active player in another of Los Angeles’ seminal institutions as a SCI-Arc board member, from 1987 through 2017. She brought art to the city where all could see in public projects: Johnson Favaro’s West Hollywood Library with works by Shepard Fairey and David Wiseman; the Pasadena Museum of California Art with a mural on its parking structure by Kenny Scharf; and Santa Monica’s beloved Tongva Park.

So close were her ties to the design world, she was named the first honorary member of AIA/L.A.—which provided her portrait above—in 1990 as well as the organization’s first public member of its board of directors in 1995. She served for 14 years. Norris was also appointed one of the city’s first Cultural Affairs Commissioners (1984).

Her own house, on one of the Bird streets above Sunset Strip, was a gallery in its own right. Though filled with precious art, it had nothing precious about it. Ever the gracious host, Norris made sure guests got up close and personal with her treasures, as many designers know from first-hand experience.

Joey Shimoda, one of Norris' oldest friends and cofounder of Shimoda Design Group, knew her from his late 1980s intern days at Morphosis, where she, incidentally, influenced founding partner Thom Mayne. Shimoda recalls: “She was pure energy, striking and made a big impression on me the first moment I saw her. Over the years, she became great friends with me and Susan [Chang]. We traveled to places like New York, Marfa, and Paris in search of beauty and inspiration. I have never met anyone who was more in love with art, architecture, and the creative process. She especially loved the creators. Her passing leaves me heartbroken, but her life shows me how love, courage, and martinis with your friends is pretty much all you need.”