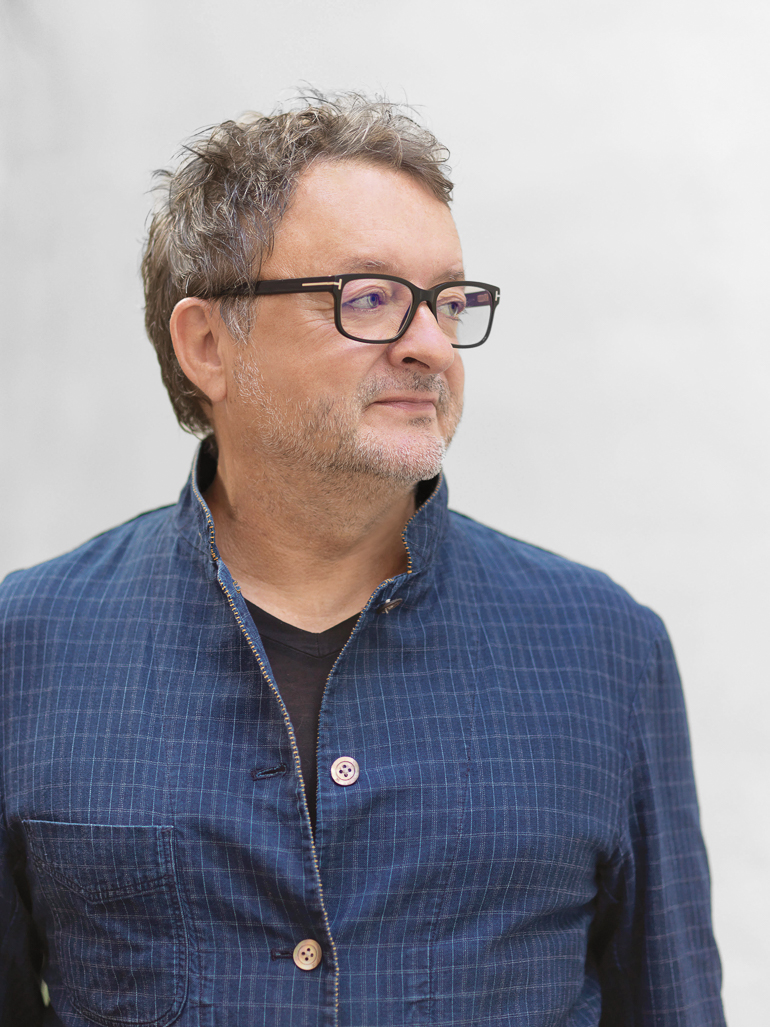 Don’t call him a desert architect. True, Rick Joy has lived in Tucson since enrolling as an architecture student at the University of Arizona in 1985. After working with Will Bruder Architects on the Phoenix Public Library, he founded Rick Joy Architects in 1993, and quickly made an international splash with a series of revelatory Arizona houses, all razor-sharp volumes crafted of rosy-hued compacted earth and rusty weathering steel harmoniously melding into the rugged landscapes of the Sonoran Desert. Then came the commission to design Amangiri, the luxury hotel on 600 acres in Utah’s remote Canyon Point, nestled against the spectacular rock formations of the Grand Staircase-Escalante National Monument.

But Joy is a New England Yankee, born and raised in Dover-Foxcroft, a rural town in Maine, “in a small house next to a trailer park,” he begins. He doesn’t like being pigeonholed as an architect of the Southwest or a regionalist who reinterprets the area’s language of grain silos and adobe dwellings in a contemporary language. “People often want to label me as a desert modernist, but I don’t do isms,” Joy continues. “And I never use the term vernacular. Ever.”

What the desert did do for Joy is teach him how to see and how to feel—and how to create emotive architecture that is experientially driven. “When you go to a place that’s so startlingly different and really live that place, it opens your eyes. It was all so new and fresh,” Joy recalls of relocating to Tucson, where he lives today with his wife, Claudia Kappl Joy, a lighting designer and founder of CLL. Concept Lighting Lab. He made the initial move west after studying music at the University of Maine and working as a drummer and carpenter, to enroll at the UA. His office, now called Studio Rick Joy, occupies the same Convent Studios complex, which he designed, in the city’s Barrio Historico neighborhood as it has since 1997—and still embodies his distinctive architectural sensibility. Centered on a spare gravel-lined courtyard with a lone mesquite tree, the studio contrasts hard-edged walls of rammed earth and glass in a sensory play of changing light and shade, sound and wind. “I take my time with my mind,” he notes. “There’s transcendent power in living in observance of nuance, in being sensitive toward the world around us.” Call it slow architecture.

“Atmosphere in a crafted space” is another way the architect likes to describe his work, which is as much about grace and calm as it is about being hands-on with exquisite detailing and construction. “For us, those atmospheric qualities and a relationship to nature work as interiors,” he explains. “I grew up on a little farm, without any wealth, so nature became a luxury for me. I was always outdoors, going to the beach or forest.”

Place has been central to Joy’s vision: “architecture that lives well in its surroundings and is lived in well.” Lately, the places where he’s working are increasingly far removed from Tucson. Over the past decade, Joy has built residences in Idaho, Vermont, Turks and Caicos, and Mexico City. New projects are taking him to California, Colorado, and Spain’s Ibiza. The latter is where British developer Anton Bilton has invited him—along with fellow Hall of Fame members John Pawson and Matteo Thun—to design a hillside villa as part of the $400 million, 50-residence Sabina Estates.

It’s further evidence that Joy’s clients have become grander over the years—big names in entertainment, media, and tech that would be boldface if they weren’t anonymous. He’s also taught graduate-level architecture at MIT, Rice, and Harvard. His second monograph, Studio Joy Works, was published last year by Princeton Architectural Press (which printed Rick Joy: Desert Works in 2002, the same year he received an American Academy of Arts and Letters Architecture Award). “I’m nonplussed by all this,” the understated Joy continues. In fact, he thinks his most prominent project is a modest New Jersey rail terminus, his first public commission. “It’s one of the strongest pieces I’ve ever done,” he says, marveling how he’s gone “from making small-scale earthen buildings in Tucson to a Princeton University train station with George Nakashima benches.” Having turned 60 last year, Joy has become reflective on his career, which has taken him far afield from his New England and desert roots. “I’m still loving my work,” he says, “so I plan to keep going.” 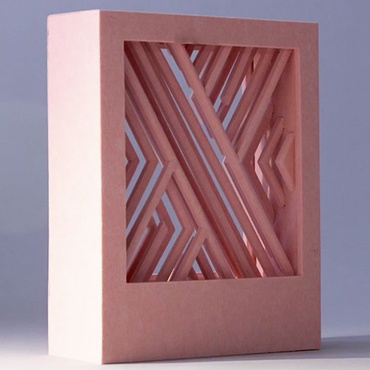 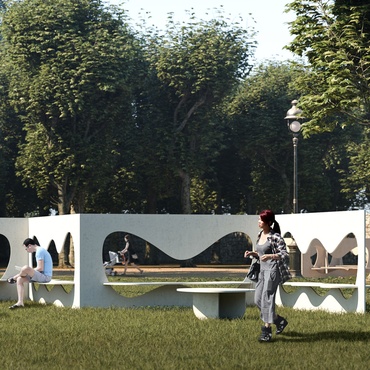 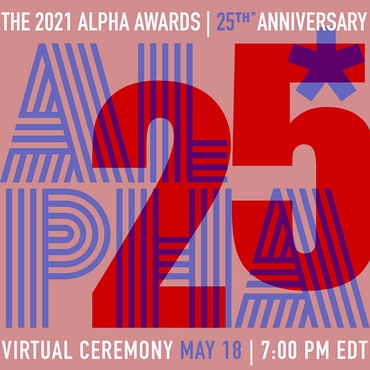