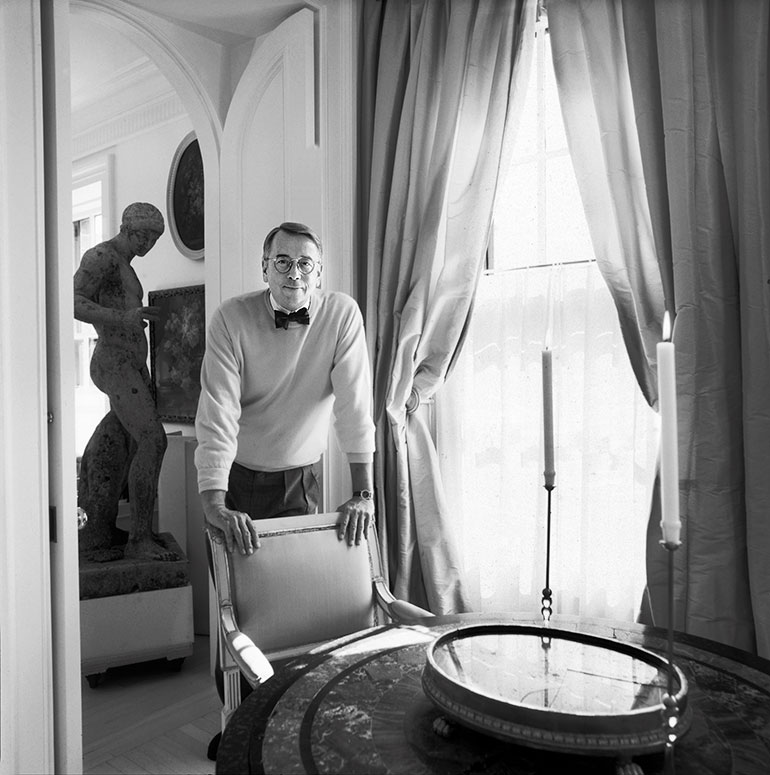 William Lewis Hodgins, who established his interior design firm in 1968 in Boston and earned a reputation as one of the country’s leading residential designers, died on September 24 at his home in Massachusetts. He was 86.

Hodgins, a native of Canada, attended Western University in London, Ontario, and later Parsons School of Design in New York. Upon graduation, he went to work as an assistant to "Sister" Parish and Albert Hadley at Parish-Hadley Associates, before moving to Boston and founding William Hodgins Incorporated.

Inducted into Interior Design’s Hall of Fame in 1987, Hodgins was known for crafting classic, elegant interiors for a roster of clients, including Elizabeth and Felix Rohatyn, Linda and Robert Taubman, and the three sisters of Annette de la Renta. The 2013 monogram,William Hodgins Interiors, featured nearly 40 of his residential commissions.

Hodgins’s celebrated style—a mostly white and cream palette paired with plush furnishings—exemplified old-guard glamour and in 2001 he was named a Designer of Distinction by the American Society of Interior Designers, one of its most prestigious awards celebrating individuals who have achieved design excellence and advanced the profession. Hodgins was also inducted into the New England Design Hall of Fame in 2007.

A funeral mass will be held on Friday, Oct. 11 at 11:00am in the Bigelow Chapel of Mount Auburn Cemetery in Cambridge.