Entrepreneurs often are at the forefront of innovation, giving birth to ideas and doing whatever it takes to see them to fruition. It’s not an easy path, yet the design world depends on this creative and independent-minded group. In recognition of World Entrepreneurs' Day—put on by the Alliance of International Business Associations on August 21, 2019—nine designers share insights into the challenges and successes of running their own businesses. Hint: unwavering commitment, a trustworthy team, and the drive to create work that speaks for itself are key.

Ultimately, designers agree a thriving business circles back to the moment it began. “It’s all about remembering your mission and why you started doing what you’re doing in the first place,” says William Symington, co-founder of lighting brand Tala. “When the going gets tough, keep calm, stay true to your brand values, and lead by example, rather than follow what is already out there.” 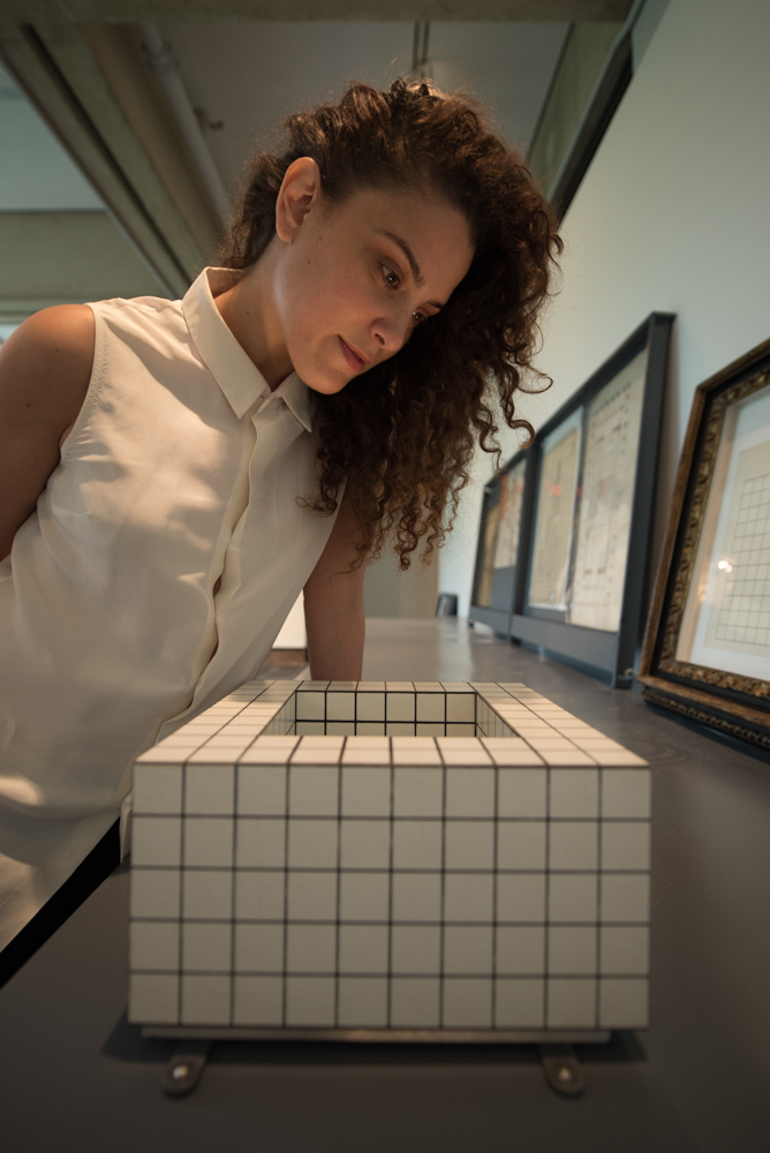 Creating work that speaks for itself is exactly what Jordana Maisie—an installation-artist-turned-business-owner—is doing. Maisie, a native of Australia, opened Jordana Maisie Design Studio in Los Angeles a little over a year ago, a decision that stemmed, in part, from her nontraditional background. Though Maisie earned a Master of Architecture and MFA in Lighting Design from the Parsons School of Design, her career began in the art world. “Becoming part of the commercial architecture culture was very unfamiliar and alien to me, in relation to how I had become accustomed to expressing and practicing the creative process,” says Maisie. Working as an installation artist prepared her for many of the challenges of owning a business, such as developing a strong network and learning how to maintain a position in a competitive market. “It’s interesting delineating between artists and entrepreneurs because artists are entrepreneurs—they’re just operating primarily as freelancers,” she adds. 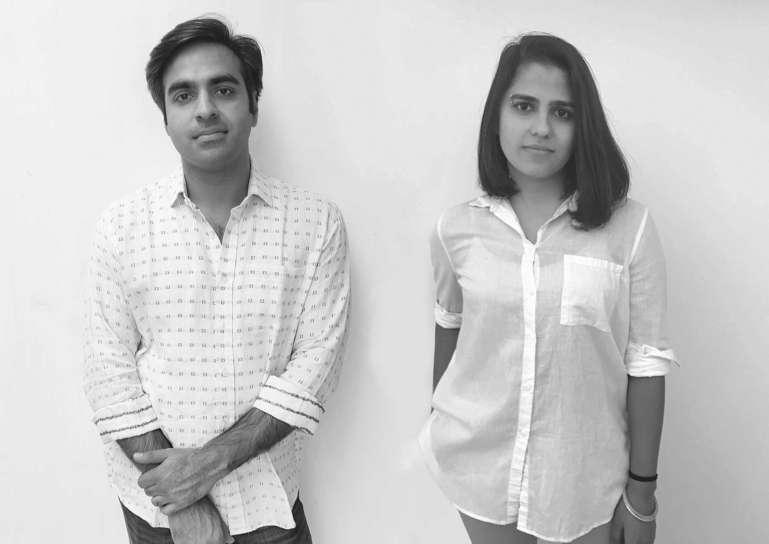 The idea for the contemporary furniture and design studio INDO originated during its founders’ university days. New Delhi-natives Urvi Sharma and Manan Narang met while studying at the Rhode Island School of Design—Sharma finishing undergrad and Narang graduate school—where they discovered their shared interest in creating modern pieces using traditional crafting techniques from India. “We realized we worked well together, even though we had different approaches to the same ideas,” says Sharma. The studio, based in Providence with a growing presence in New Delhi, counts several awards among its achievements, including a 2019 NYCxDESIGN Emerging Product Designer Award. Sharma and Narang agree that starting the business in Providence enabled them to do more with less, backed by the support of their existing network. “We were already familiar with the resources here and a lot of the design businesses here, so we had seen evidence of [new studios] being successful,” says Sharma. “Jumping in is the only thing you can do,” adds Narang. 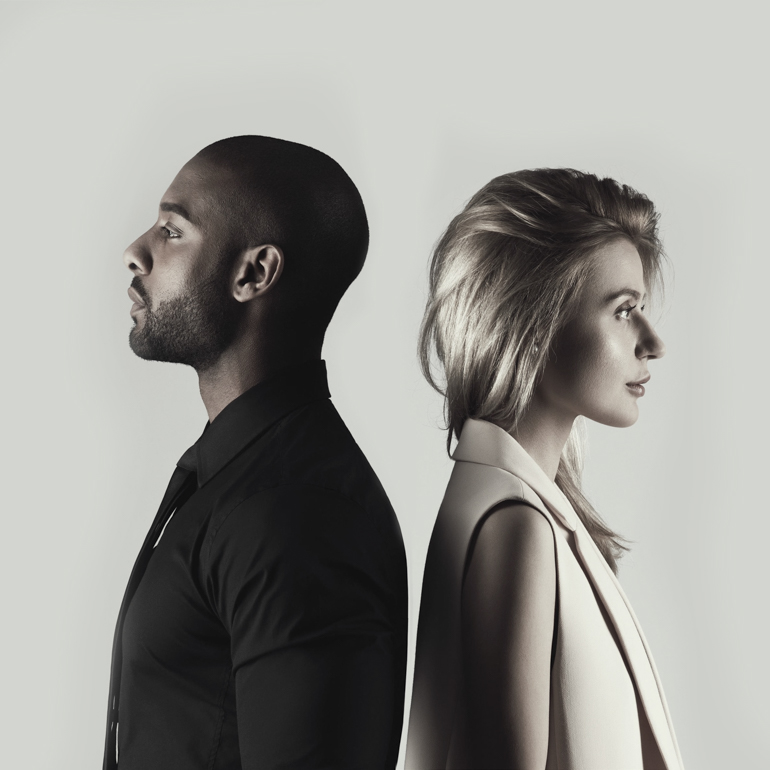 Luxury hospitality firm Asthetíque reflects the balance of its founders’ strengths, melding Julien Albertini’s keen business sense and Alina Pimkina’s creative vision. “We help each other every day—trying to motivate each other, trying to be focused,” says Pimkina. Albertini, a Brooklyn native with a background in design and build, and Pimkina, a designer initially from Russia, say the firm’s name, which is the French word for aesthetic, is indicative of its vibe. “It’s me and Julien,” says Pimkina. “It’s how we interpret everything that’s happening in the world in the design, influenced by politics and culture.” But even with a sleek name and unique offerings, a recurring challenge for new businesses comes down to billing: How do you charge a rate that reflects the time, effort, and energy that goes into the work while still building a reputation? Asthetíque founders agree creating striking projects true to the brand’s identity, and using those as a marketing tool, is integral to success. “Each project has to be good enough for buyers to say, 'It’s worth it,'” adds Albertini. 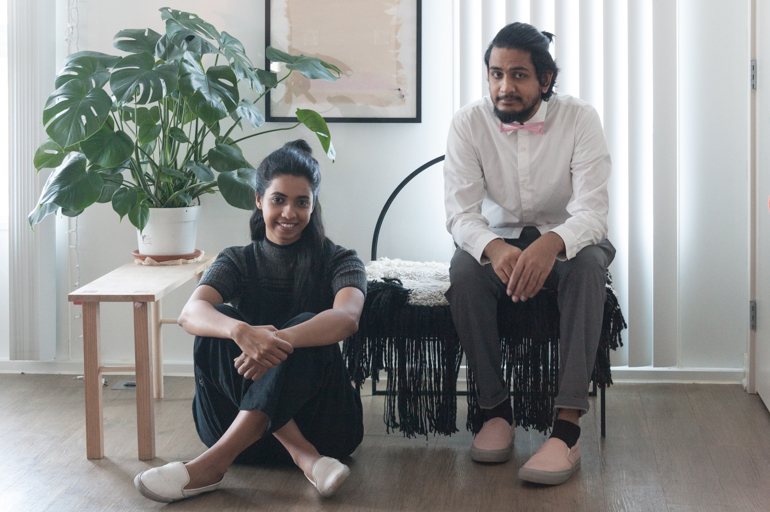 Utharaa L Zacharias and Palaash Chaudhary met at National Institute of Fashion Technology Delhi, where they found themselves mutually attracted to each other’s contrasting design aesthetics. They soon began unconsciously collaborating, before they decided to move to the United States together to pursue a masters degree from Savannah College of Art and Design. After graduating in 2017, the duo launched their San Jose-based design practice, Soft-Geometry, which Zacharias describes as “a micro business selling ideas through small-batch-produced objects to a niche-of-a-niche-of-a-niche market.” Their design borrows from rich Indian craft traditions and interprets them in a contemporary context with an aim of creating simple forms that inspire empathy between the user and the object. As for their business philosophy? “We don’t design to sell, we sell to design,” adds Chaudhary. The duo’s ultimate goal is to create a nomadic practice that is inspired by people, traditional crafts, and colors from different parts of the world, particularly India. “These are our dreams, though they are constantly evolving.”

Cactus—an architecture studio, engineering firm, and innovation consultancy group hybrid—thrives in the increasingly gray space between the digital and physical realm. Founded three years ago by Noah Waxman, head of strategy; Lucas Werthein, head of technology and production; and Marcelo Pontes, head of architecture, the company creates digital architectural experiences from its offices in Brooklyn and Rio de Janeiro. “In the end, it all comes down to our ability to inspire and capture the imagination of clients we really want to work with,” says Waxman. “People who are smart and making an impact in their own field—whether that’s retail design, medicine, or health and wellness spaces—basically, when Cactus has a client who is willing to take risks in the name of furthering their business, the work comes out great.” Rather than pitching projects and devoting resources to writing RFPs, the team focuses on building lasting relationships with clients. To do this, they often complete small segments of a project first, demonstrating what they can create, which inevitably leads to locking in full contracts. “It doesn’t make sense to use our team for paperwork when we can use them to create meaningful work,” says Werthein. “We want to have an efficient medium-sized team that can focus on output.” 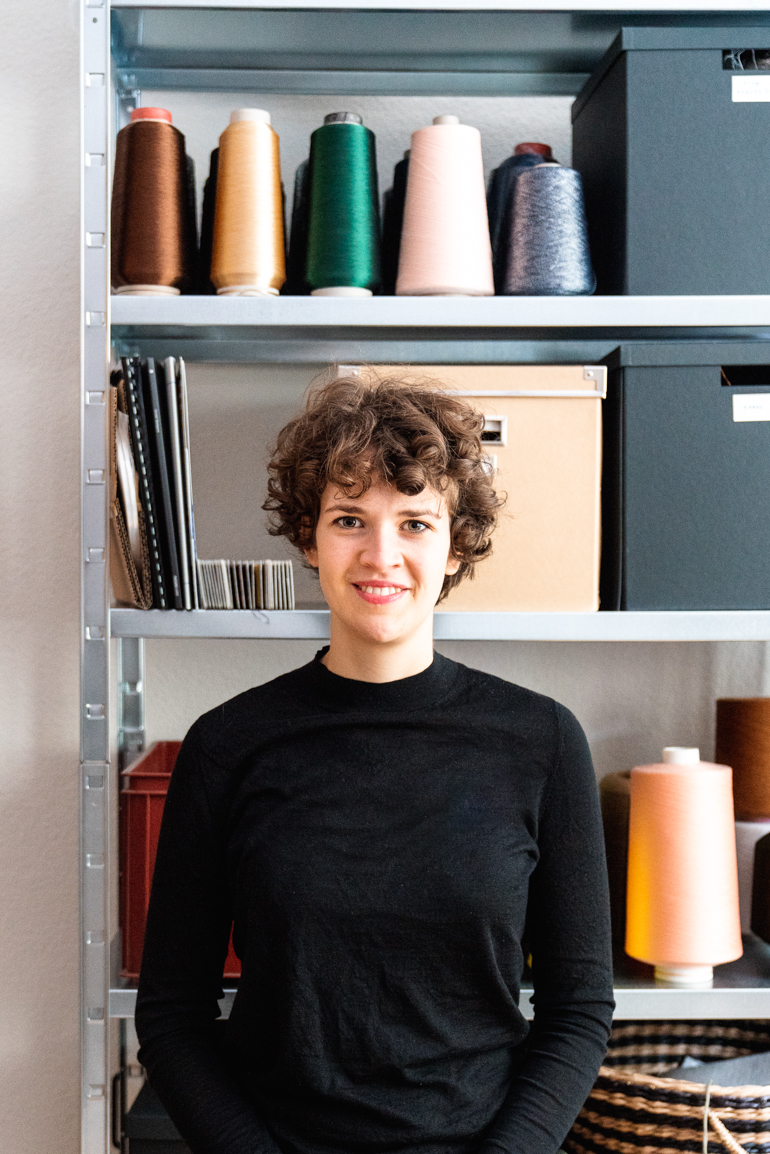 While studying for her master’s in Lucerne, 27-year-old German textile designer Marie Schumann found herself inexplicably attracted to textiles and the beauty they infuse into the space they inhabit. While most modern spaces in Europe are built with window systems and heated floors that eliminate the need for curtains and rugs, Marie’s work aims to reinterpret textiles in a contemporary context without the added heaviness. “The way textiles interact with humans has a three-dimensional quality to it. They react to movement and light, changing shapes, colors, and patterns throughout the day,” she says. “To me that’s the most alive material in a space.” While the Zurich-based designer scored several opportunities with ready funding right after graduating, she chose the entrepreneurial path instead. “When you have your own business you have to get out of your comfort zone and push your boundaries,” she says, “and it’s not as hard as I imagined.” Her goal is to make commissioned pieces for public spaces and the architectural sector, while also focusing on smaller galleries and private clients. 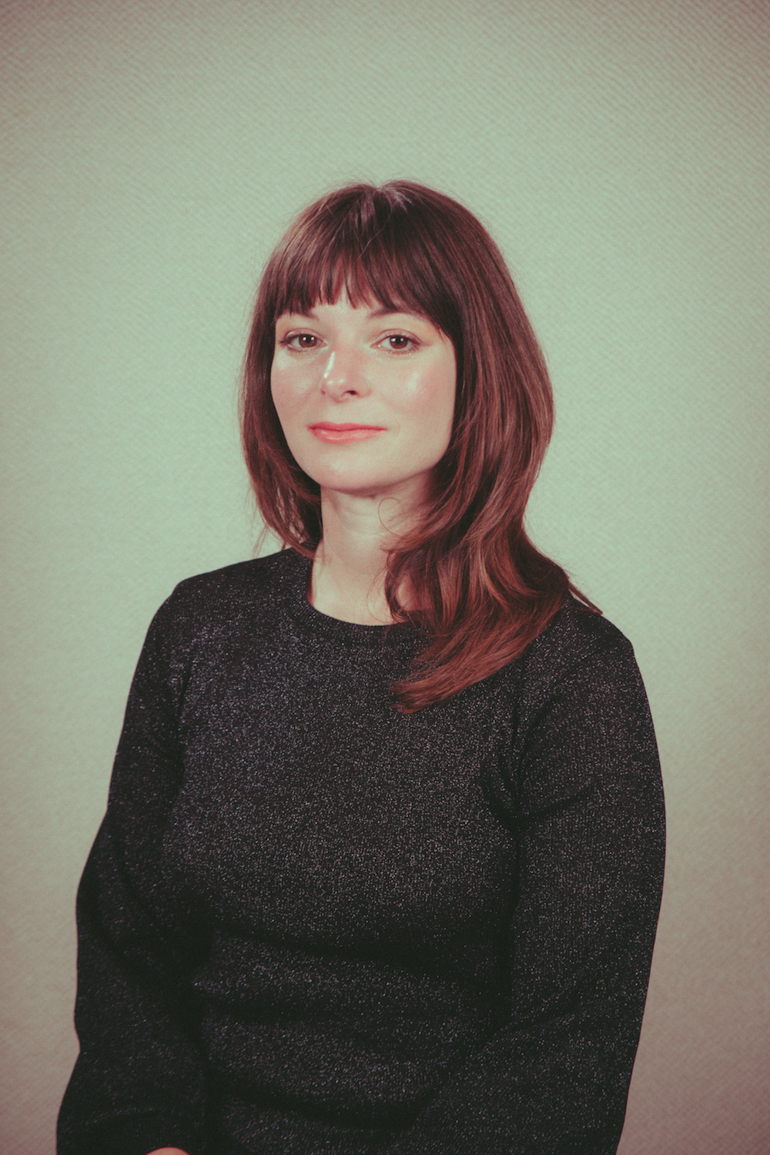 For five years, Sasha Burchuk worked a full-time job as a front-end developer while spending her weekends rehabilitating her dilapidated investment home nestled in the cleaves of Oregon's Mt. Hood. “I don’t have any formal training in design, but I had so much fun that at the end of that experience I wanted to keep creating,” she says. Burchuk took a self-imposed sabbatical and dove into perfecting her craft while slowly establishing her business, New Age Design Studio. For more than three years, Burchuk has been fiercely working towards finding her space in the competitive design industry, while also focusing on creating unique and beautiful objects. “In the United States, good design is really undervalued because we have so much access to off-shore manufacturing that brings us really cheap goods, and people don’t want a craft-made table, they want Ikea or West Elm,” she says. Burchuk’s ultimate goal is to turn her passion into a sustainable long-term goal without having to go back to a full-time job to support it. “Doing it all by myself has been an arduous task and it would be a dream scenario if I could find a truly equal partner to bring into the practice,” she says. Any takers? 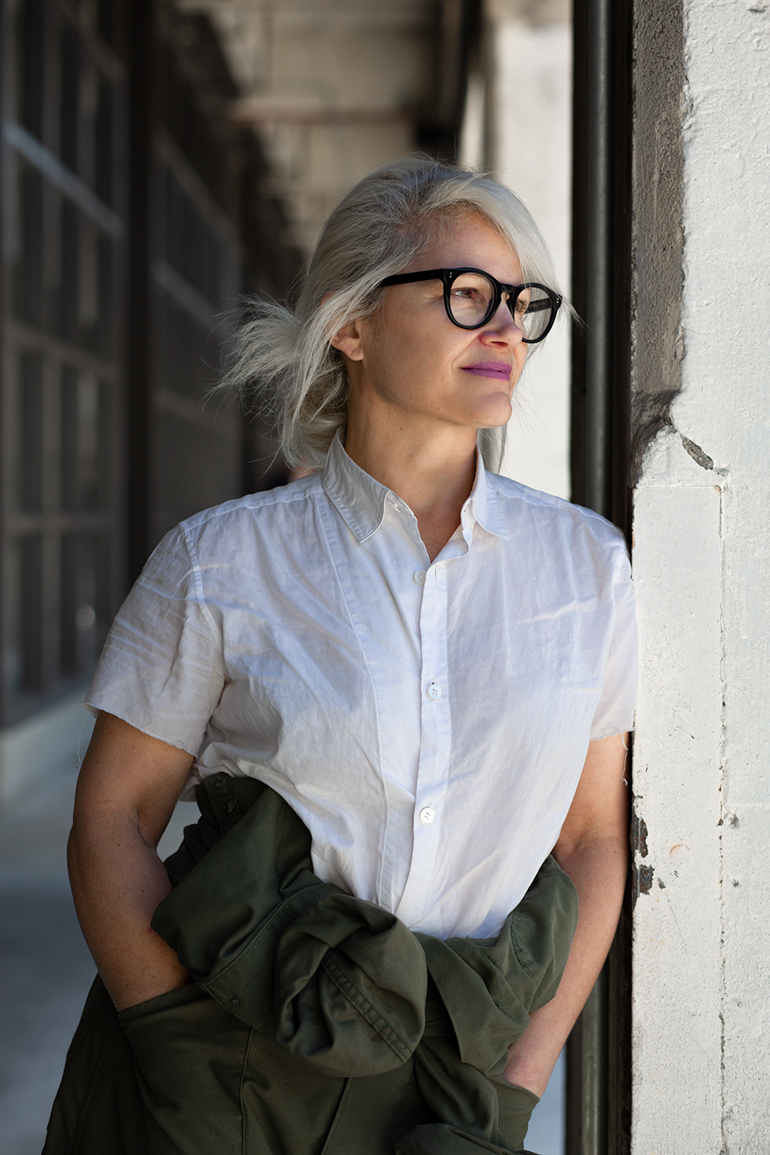 Fanae Aaron is a veteran architect and designer who started her career at an avant-garde architectural firm, moving on to set designing and production for big-budget Hollywood films before  eventually going solo with her independent practice, Parts + Assembly. “I love working with a group of people, but I just wanted to pursue my own vision of things,” she says. “It’s kind of a way of thinking, continuously along the same path that gets you farther and farther to perfecting it.” A year since she launched her company, Aaron has been learning to strike a balance between being a business owner while nurturing her creative side. “I find that sometimes it can be challenging emotionally to take the risks I wanted to take and I strive to create at a very high level, so it can be hard since I put a lot of pressure on myself,” she says. “But at its best, this process is a lot of fun.” 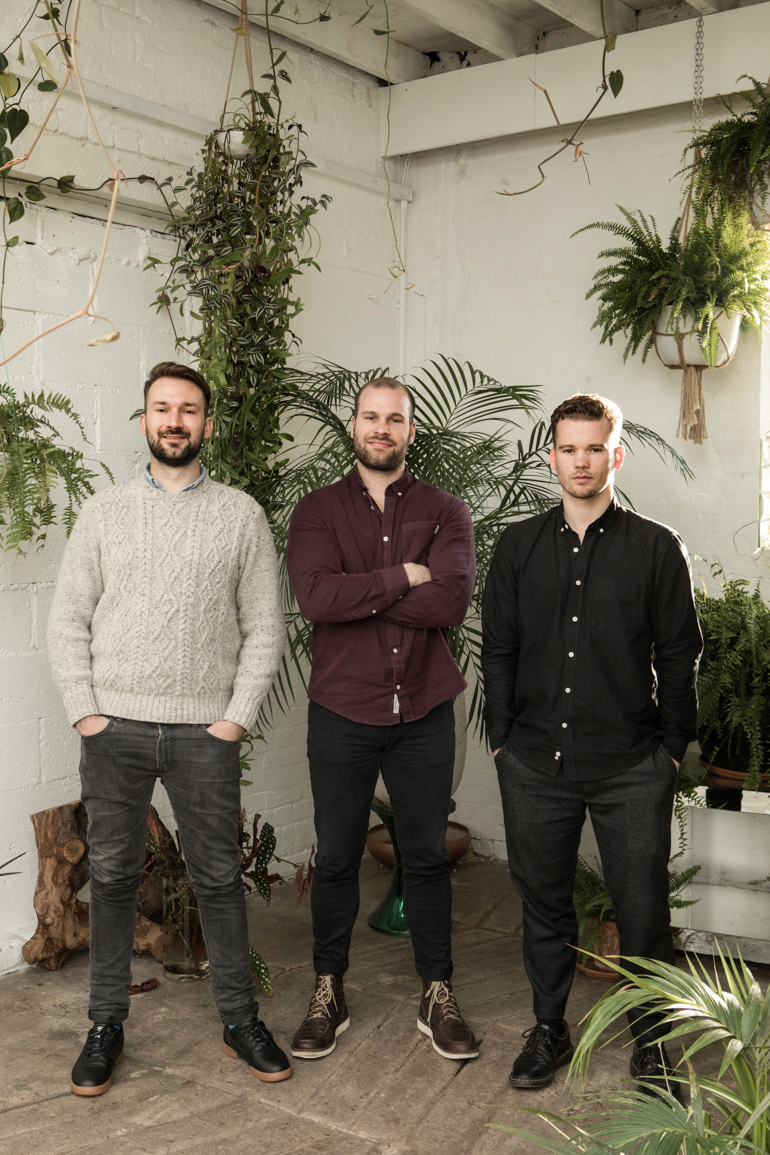 London-based lighting brand Tala offers artful LEDs designed to reduce our carbon imprint. Founders Joshua Ward, Maxwell Wood, and William Symington—friends from the University of Edinbugh— first recognized the need for sustainably-made LED lighting while installing solar panels at a winery in Portugal one summer. “We wanted to add LED lighting to further boost the green credentials of the building, but we couldn’t find products on the market that had the technical requirements we needed and looked beautiful at the same time,” says Symington. This led to the birth of Tala, which also has an office in Brooklyn. As the company matures, the founders are learning to let go of certain responsibilities and devote more energy to others. “It’s important to remember that you’ve hired a team to be better at the jobs they’ve been hired for than yourself,” says Symington. “Listen and trust in the team that you’ve built.”