Every now and then the stars align in a near-perfect constellation. At least that’s what high rollers and tourists alike hope for in Macau, the former Portuguese colony on the south China coast that bills itself as the world’s gambling capital. And it’s what happened with Jouin Manku’s most recent collaboration with Alain Ducasse—their scores of other ventures, large and small, with the chef include the Michelin three-star restaurants in the Dor­chester Hotel in London, the Hôtel Plaza Athénée in Paris, and the Louis XV at the Hôtel de Paris Monte-Carlo in Monaco.

Interior Design Hall of Fame member Patrick Jouin and co-partner Sanjit Manku’s client this time is Lawrence Ho, CEO of Melco Resorts & Entertainment, the son of legendary Macau casino magnate Stanley Ho. The location: the daring 40-story Morpheus hotel designed by Zaha Hadid Architects, one of four in the massive City of Dreams entertainment complex on Macau’s recently developed Cotai island. The project: two new Ducasse restaurants occupying most of the building’s fourth floor—9,000 square feet allotted to the bistro-inspired Voyages by Alain Ducasse and 6,000 more for the haute cuisine Alain Ducasse at Morpheus, which has already won two Michelin stars. “There were few limits to Mr. Ho’s ambition,” Manku says. “His goal was to have the very best restaurants in Macau, with different kinds of cuisine, price points, and atmospheres. He wanted all of it.” Budget was seemingly not an issue.

Read more about both projects below. 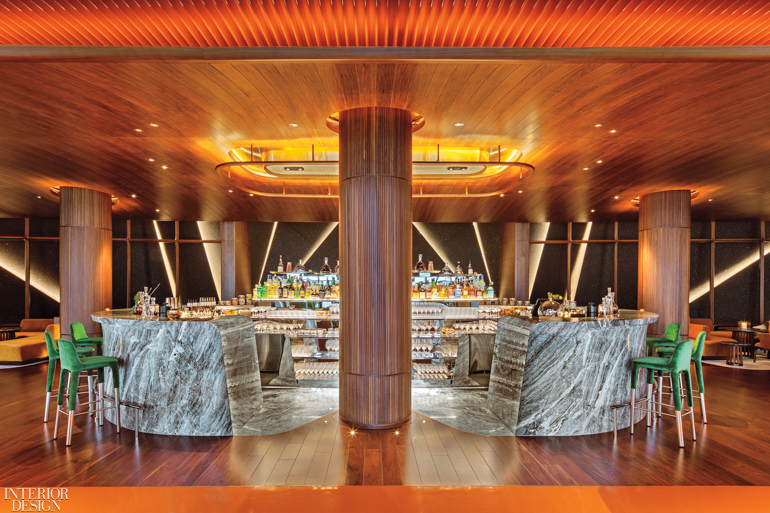 Click here to read the full story about the project. 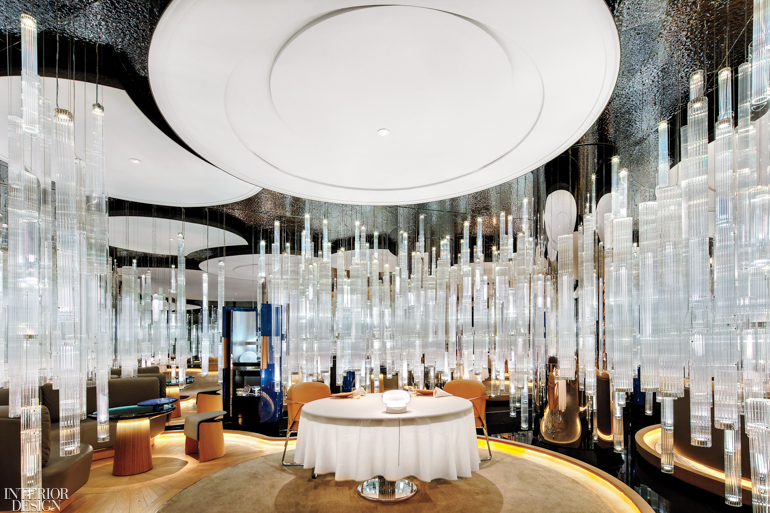 Click here to read the full story about the project.

> See more from the June 2019 issue of Interior Design