The Buzz: Herman Miller to Leave theMART and Other News from NeoCon

Herman Miller announced at NeoCon 2019 that the company will be leaving its home base at theMART and venturing to Chicago's industrial chic Fulton District. As the firm transitions to its new address at 1100 West Fulton Market, it will keep the current Herman Miller showroom open through 2019. The company, which has been in Chicago's Merchandise Mart for 80 years, is following in the footsteps of Knoll, which launched its Fulton Market showroom at NeoCon 2018.

Once the Windy City's meat-packing district, Fulton District is located on the Near West Side of Chicago and has undergone rapid gentrification over the past 20 years. Today it boasts a bevy of upscale restaurants, art galleries, hotels, and even a few corporate headquarters. It was designated as a Landmark District by the City of Chicago in 2015.

"We are always evaluating locations in both current and emerging markets and on the lookout for vibrant areas where our customers live, work, and socialize," says Tim Straker, Herman Miller's senior vice president of marketing and customer experience. "We’re excited to create a space at 1100 West Fulton Market where our entire family of brands can come together under one roof and where contract and retail customers will experience endless design inspiration and ideas."

Davis Furniture, one of the few remaining family-owned businesses in the design industry, celebrated its 75th anniversary at NeoCon 2019. The brand was founded in 1944 in High Point, North Carolina by John Turner Davis, Sr. Today the company is still based in there and employs 260 people. To celebrate this important milestone, Davis Furniture unveiled eight new products at its NeoCon showroom.

When asked the secret of their success, Ashley Williams, the brand’s director of customer service, had this to say: “We owe our success to the incredible people who make our products. We have great employees and we believe in taking care of them. It’s part of our family-owned business mindset.”

Clarus, the industry-leading glass board manufacturer, celebrated 10 years of entrepreneurial growth at NeoCon 2019. In 2008, when Robby Whites and Jeremy Rincon were laid off from their jobs, rather than joining a new company they chose to found the firm that would make glass boards the new writable surface standard.

A decade later, the company now boasts 194 employees, 13 products, multiple design awards, and the satisfaction of knowing they made their dream come true. When asked the secret of Clarus's success, Brittany Ricks, VP of brand, said: “Over the last ten years, the lesson we’ve learned again and again from designers is that customization is everything. So we’ve really embraced an attitude of always saying ‘yes’ to designers. We are all about giving our clients unlimited ability and opportunity to bring their vision to life.”

> Check out the 2019 HiP Awards winners and honorees

> Browse through all the can't-miss NeoCon 2019 events 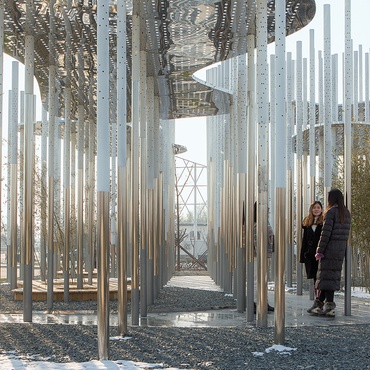 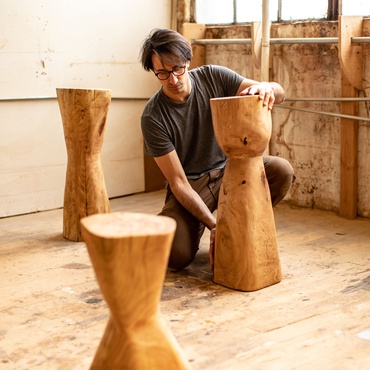