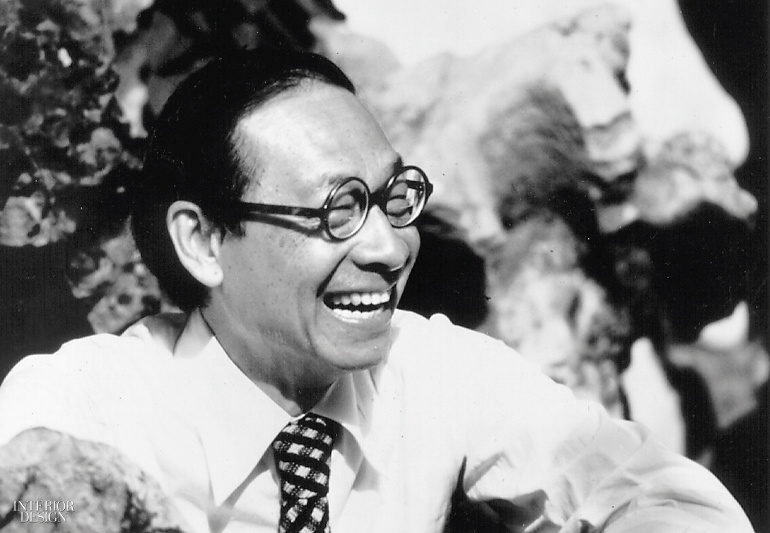 I.M Pei, the internationally celebrated architect whose work spanned seven decades, died May 16 in New York. He was 102.

Inducted into the Interior Design Hall of Fame in 2017, Pei was a modernist whose striking works included notable cultural institutions and civic buildings: the pyramid at the entrance to the Louvre in Paris (1989); the East Building of the National Gallery in Washington, DC (1978); the Bank of China Tower in Hong Kong (1989); the National Center for Atmospheric Research in Boulder, CO (1966); the Rock and Roll Hall of Fame and Museum in Cleveland (1995); and the Museum of Islamic Art in Doha, Qatar (2008). His firm, I.M. Pei & Partners, also designed the Javits Center in New York (1979-1986), known for its soaring Crystal Palace.

> See 10 of the Most Influential Works by I.M. Pei

Pei founded the firm, now known as Pei Cobb Freed & Partners, in 1955 with Henry N. Cobb and Eason H. Leonard, providing vigorous leadership for 35 years, until his retirement in 1990. Born in Guangzhou, China, in 1917, Ieoh Ming Pei came to the United States at the age of 17 to study architecture. He received a bachelor’s degree from MIT in 1940 and a master’s degree from the Harvard Graduate School of Design in 1946, where he served as an assistant professor until 1948. He holds honorary doctorates from Harvard, Columbia, and Brown, among other universities and abroad, and his numerous contributions to the profession have been recognized with the Pritzker Architecture Prize, the AIA Gold Medal, and the Royal Gold Medal of the Royal Institute of British Architects, among many other honors.

Upon his induction into the Interior Design Hall of Fame at the age of 100, Editor in Chief Cindy Allen asked The New York Times architecture critic Paul Goldberger to reflect on Pei's work. Interior Design also created a documentary on the architect's life and work. Watch it below.