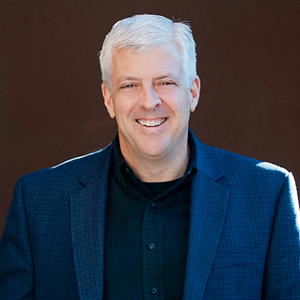 This year’s Super Bowl is practically a dream come true for architecture and design enthusiasts. Atlanta’s newest architectural landmark, Mercedes-Benz Stadium, will host the 53rd Super Bowl on February 3. The highly-anticipated project was completed in August 2017, notably led by HOK design principal Bill Johnson. As the lead designer, Johnson led the HOK team in being radically innovative and re-thinking the potential of what a stadium could achieve.

Johnson spoke with Interior Design about the top five design features fans should be sure to look out for during Super Bowl LIII.

“The façade’s shape reflects the roof’s form," explains Johnson. "We alternated transparent ETFE panels with metal panels. The ETFE on the stadium’s west side spans more than 16 stories and 22,500 square feet, offering floor-to-ceiling views of the city. Dubbed the window to the city, this transparency provides visual and physical connectivity while supporting the stadium’s ambitious sustainability goals.”

“Our approach to the design started with the roof,” says Johnson. “Traditionally, stadium design begins with the seating bowl, which means the retractable roof can resemble an architectural afterthought, sliding open and closed quite conventionally. Our design team reimagined the retractable roof by reinventing the design process, working from the outside in. Inspired by the Pantheon and the way the circle of light hits the playing field, we designed an oculus roof with eight ETFE petals that open and close like a camera aperture in under eight minutes. The angular nature of the roof and the way they seamlessly align with the building’s façade was inspired by the shape of the Falcon’s wing, an ode to one of the two home teams, (the other being Atlanta United)."

“The halo video board was inspired by the roof’s iconic opening. Our design team wanted to maintain the integrity of the design and avoid impeding the roof opening with a center-hung scoreboard, as you see at most venues,” Johnson explains. “To do this, we thought differently about how the video board could be embedded within the building’s structure. The six-story high, 360-degree halo video board is seamlessly built in, creating a way to experience content-in-the-round. This halo video board immerses fans in the game and provides a canvas for digital media to be presented in ways fans have never experienced.”

“The stadium’s approach to sustainability is unprecedented. A 600,000-square-foot cistern captures and reuses rainwater, protecting Atlanta’s flood-prone westside and providing an irrigation source for trees throughout the city,” says Johnson. “The site has more than 4,000 solar PV panels, numerous connections to public transit, an urban garden and open recreation spaces. This is something our team is particularly proud of—I feel strongly that designers of these large-scale community buildings need to think boldly about the bigger legacy we are leaving the cities where we work. We need to ensure these buildings have the impact cities and communities deserve. Mercedes-Benz Stadium has set a new precedent in this space.”