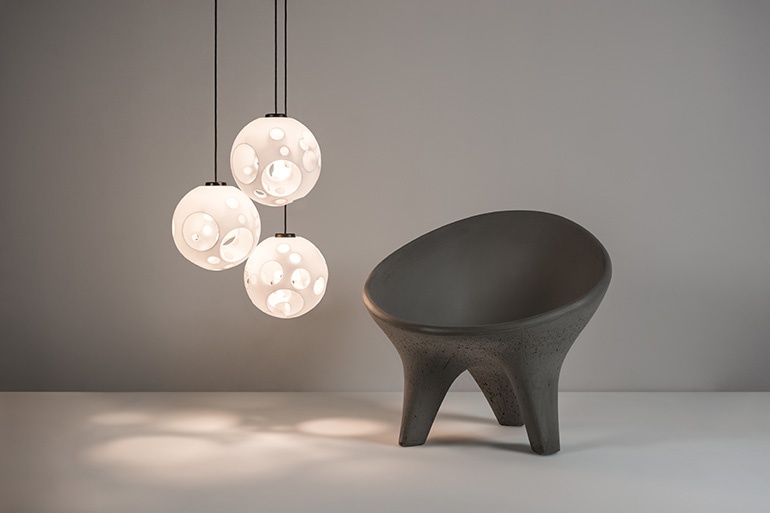 Canada’s largest design conference, the Interior Design Show (IDS19) took place in Toronto last week from January 17-20. It was freezing outside, but things were heating up inside the Metro Toronto Convention Centre. Celebrating its 21st year, the show attracted over 30,000 attendees with 375 exhibitors and for the first time featured IDS Contract, a B2B trade-only exposition. The 2019 show’s theme was exploring the “Power of Design.” Karen Kang, National Director of IDS Canada, noted that “this year’s theme will showcase how design affects every aspect of the human experience and is so much more than interior design, architecture and product design.”

Staying true to its word, IDS explored the boundaries of the human experience, with DJ, music and television producer, culinary entrepreneur, New York Times bestselling author, and co-founder of the Roots, Questlove, headlining Saturday’s speakers. The five-time Grammy winner and Musical Director for The Tonight Show with Jimmy Fallon spoke on how to find inspiration using diverse outlets and how to live our best creative lives. He was joined by SANDOW’s CEO, Adam Sandow. The two spoke about their new collaboration, Creative House, which aims to connect artists, designers, and inventors to create new innovative brands and products.

Interior Design Hall of Famers, Lyndon Neri and Rossana Hu of Neri&Hu Design and Research Office, were the Guests of Honor. The duo, who launched their firm in 2004, design across disciplines, placing no boundaries on the span of their work—having designed everything from large, hallowed churches to smaller industrial products for global manufacturers such as Artemide, Gandia Blasco, Fritz Hansen, and their own Design Republic, which they co-founded. Neri and Hu start every project with a clean slate, diving deep into the research; studying its history and planning the process with great detail and care. Other speakers included the principals of Toronto-based DesignAgency, Mick McConnell of WeWork, and prominent New York designer Ryan Korban.

In the exhibition hall, product innovations abounded. Among the many highlights, Caesarstone announced a collaboration with Dutch designer Marije Vogelzang with an installation titled SEEDS, which focuses on thoughtfulness in the kitchen. The exhibit featured honeycomb shaped vignettes centered around new product launches by the stone company. Quintus Kropholler’s Reclaimed Marvels sculptures from his Exploration of Texture exhibit were made from marble and granite remains from the local stone industry. Toronto-based design firm Zeed launched a new light, Tapermoon, which uses a single shade to create a variety of lighting design options that were all inspired by paper folding.