All submissions were judged—for their suitability and originality, with special attention paid to how finishes and furnishings are integrated—by a U.S. jury consisting of Mark Gardner of Jaklitsch/Gardner Architects, Mancini.Duffy senior associate and interior design director Ricardo Nabholz, and Diana Pisone, Ted Moudis Associates team principal. 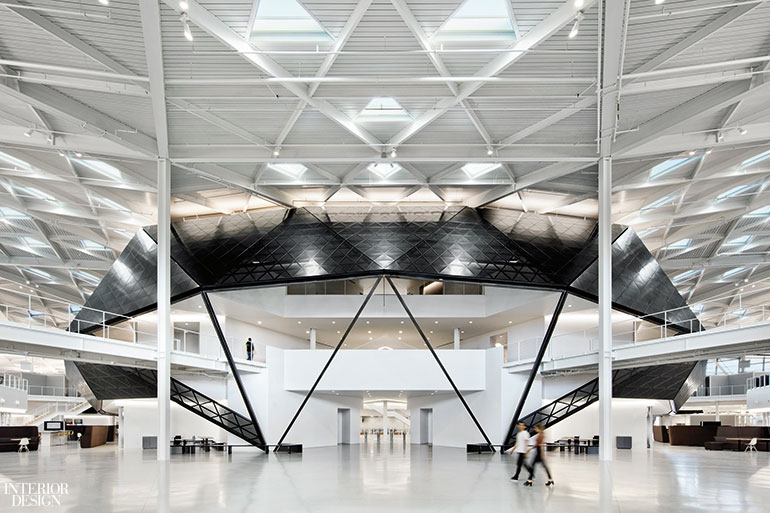 A terse challenge was posed by Nvidia co-founder and CEO Jen-Hsun Huang: Create a headquarters that enables the company’s 2,500 employees to interact with one another. Gensler design director Philippe Paré and managing director Hao Ko responded by conceiving the 500,000-square-foot, Santa Clara, California, building as a campus, rather than a campus of buildings, which was the usual program for the tech company’s counterparts. Read More. 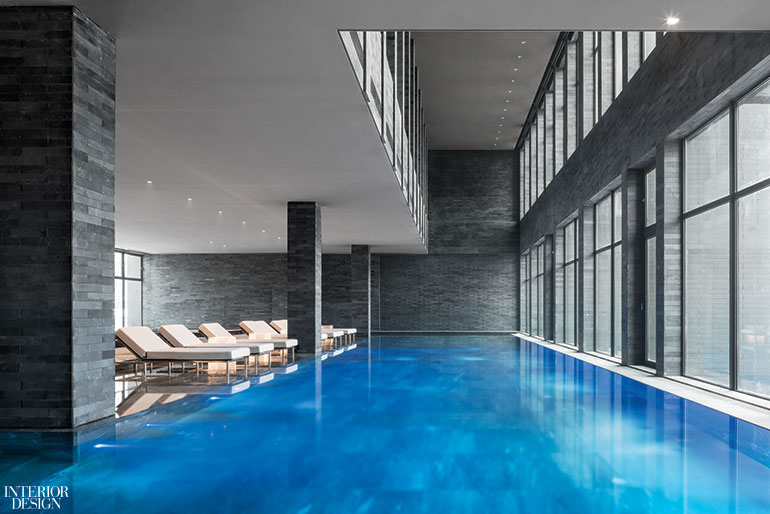 Xuchang, in eastern China, is renowned for its geothermal hot springs, which generate a misty steam conferring a soft focus to their surroundings. Department of Architecture Co. principal Amata Luphaiboon built upon that phenomenon for the city’s aptly named Mist Hot Spring Hotel. A complex of four buildings totaling 400,000 square feet, the public spaces are unified by a series of glass installations suggesting light and water. Read More. 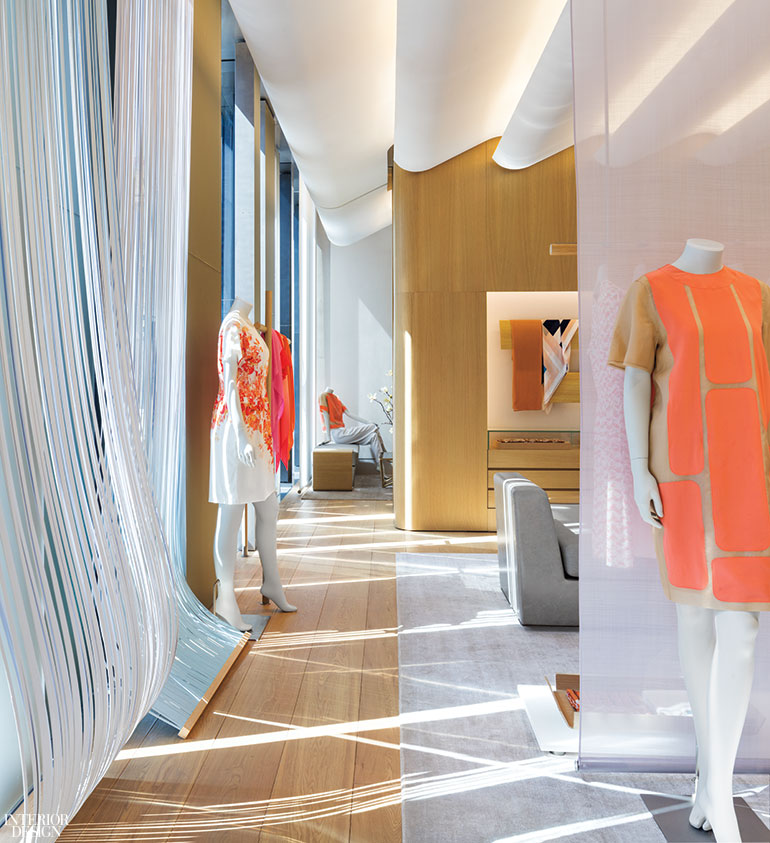 The 1436 brand is known for the gossamer quality of its cashmere. This lightness is what Interior Design Hall of Fame member Michael Gabellini and his partner Kimberly Sheppard sought to breathe into the two-story, 4,300-square-foot interior of the company’s Beijing flagship. With minimal materials but myriad details, Gabellini Sheppard Associates created “an ethereal environment, as if suspended between the earth and the sky,” Gabellini recalls. Read More.

4. Robotics Automation Centre of Excellence by Ministry of Design 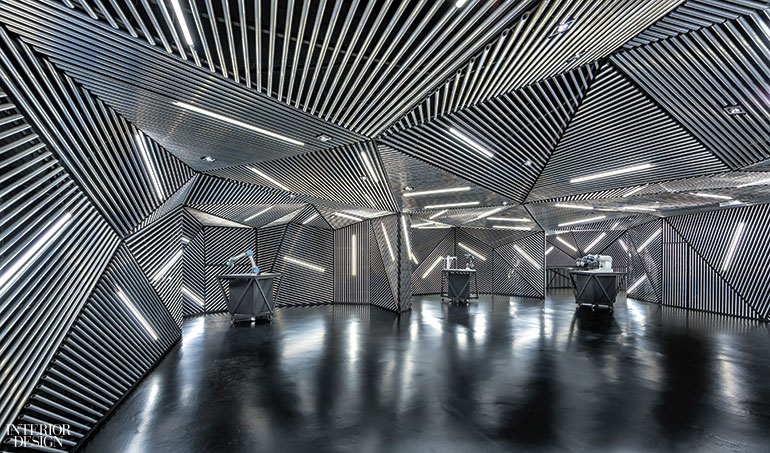 Robots are making some humans more productive by teaching new skills to those in the workforce facing changing markets. At least that’s the premise behind a laboratory-showroom hybrid in Singapore called RACE, which stands for Robotics Automation Centre of Excellence. “It incentivizes mid-career professionals to embrace new technologies,” Ministry of Design founder and director Colin Seah says of the 2,600- square-foot space that’s dedicated to teaching. Read More. 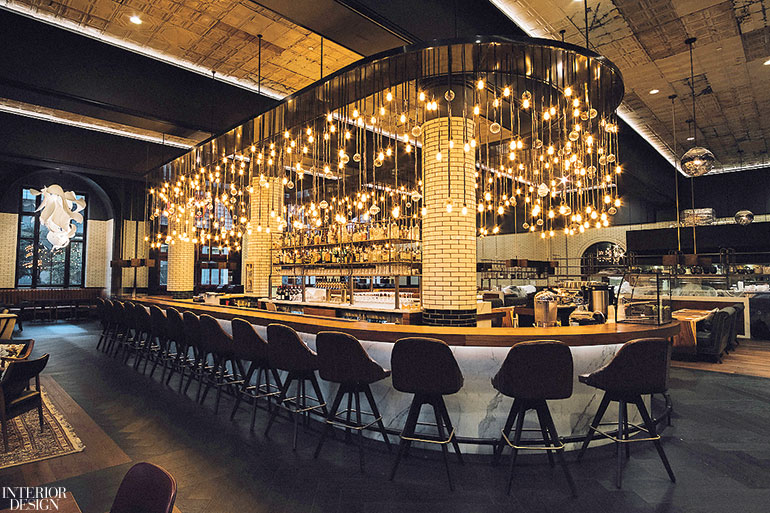 Two urban visions are merging in downtown Detroit. The former fire headquarters is now the Detroit Foundation Hotel. Simeone Deary Design Group’s Gina Deary and Lisa Simeone transformed the 95,000-square-foot structure into a reflection of the city’s past while embracing its present. Read More. 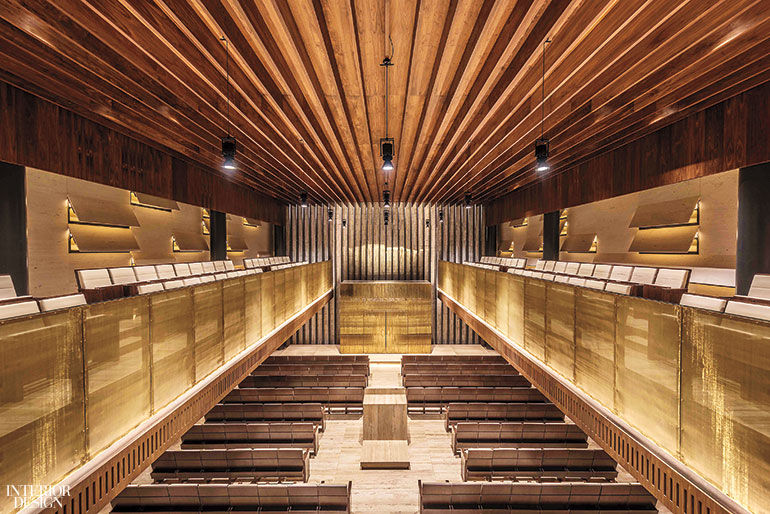 Cherem Arquitectos was presented with a challenging site for Birkat Itzjak, an Orthodox Jewish temple for the Comunidad Maguén David. But the resulting serene interior belies the small corner plot on a busy Mexico City street. “When inside, it feels like another world,” Cherem co-partner José Antonio Aguilar says of the five-story building, which includes worship and workshop areas, plus a library, study, and rabbi’s office. Read More. 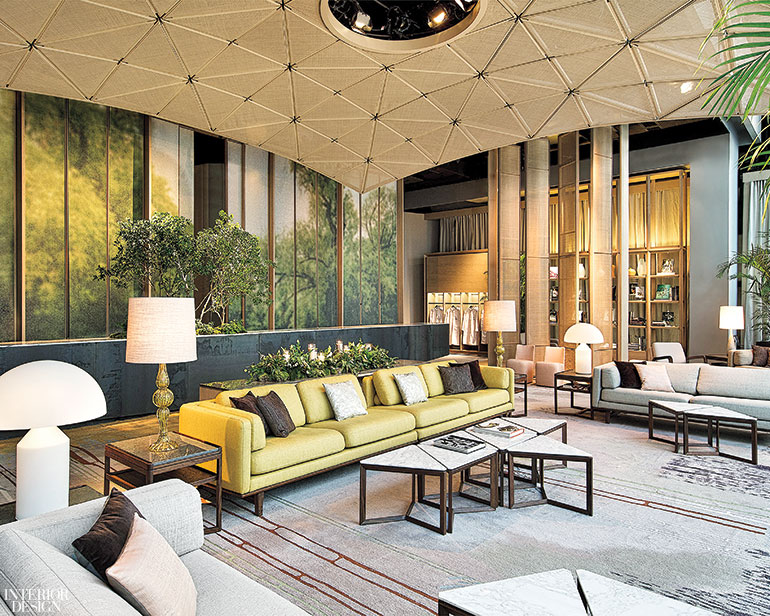 Founded by Van Cleef & Arpels in 2012, L’École des Arts Joailliers claims it’s the “first school to initiate the public into the secrets of the jewelry world” through lectures and hands-on workshops. That is where Johnny Li, managing director of Li&Co. Design Limited, infused local flair into L’École’s 7,000-square-foot space, which has earned the IIDA’s annual Will Ching award for a project by a firm with five or fewer employees. Read More.