Lidewij Edelkoort Is One of The Most Influential Trend Forecasters 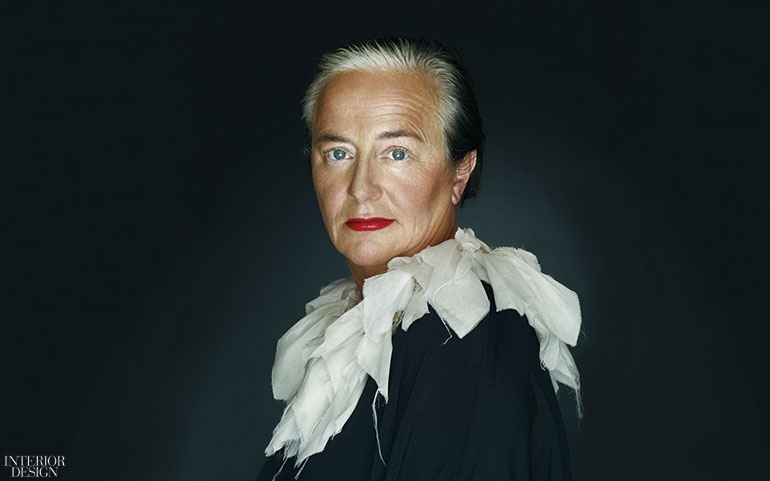 The ancient Greeks had the Oracle of Delphi
to divine the future. We have Lidewij Edelkoort, often known as Li. The Dutch visionary, one of
the world’s most prescient and influential trend forecasters, has a supernatural ability to see what’s ahead in the sociocultural sphere, not only in interiors but also in consumer products, fashion, retail merchandising, and even flavor profiles. FYI, the future will be tart and bitter.

“My intuition is continuously observing and archiving,” she explains. “What I do is rooted in the human psyche, like anthropology.”

One trend that she has both foreseen and fostered is hybridism: the interconnectivity
of everything. In 2015, New York’s Parsons School of Design appointed her its dean of hybrid design studies, a cross-disciplinary program that she conceived as a way to promote interdepartmental synergies, and she will be inaugurating a graduate program for textiles next August. Parsons first contacted her after she published her provocative Anti_Fashion Manifesto, which advocated overhauling the entire industry “including education.” She was certainly familiar with education, having directed the Design Academy Eindhoven in the Netherlands—nurturing talents such as Maarten Baas and Nacho Carbonell—and cofounded the School of Form, west of Warsaw. Edelkoort credits her creative vision to growing up in 1950’s Europe. “It was a poor period but full of hope. We had to make everything back then. I remember making toy records and a record player out of cardboard. It instilled imagination, which serves me well to this day.” Fate was sealed when she designed a carnival costume—a minidress with hot pants—that was honored in a newspaper competition. Jury members had just seen a similar design on the Paris runway and wondered how a provincial girl could be so plugged into the zeitgeist.

After that, she was encouraged to attend fashion school. While still a student at ArtEZ University of the Arts in Arnhem, she started working in a department store and was quickly made responsible for trend reporting. She then followed her heart to Paris, where she founded her forecasting firm, Trend Union, with friends in 1987. It was a propitious time. “This was when every industry became interested in tapping into consumer profiles and mentalities. We were one of the earliest collaborative efforts in fashion,” she notes. By now, Trend Union has worked for the Estée Lauder Companies, Shiseido Co., Calvin Klein Fragrances, Timberland, the Walt Disney Company, Mattel, the Whirlpool Corporation, and the province of Como, Italy.

Her first big hit was
helping on a redesign of a
small urban car for Nissan
called the Micra in 1992.
“This was a time when
cars were very streamlined and male,” she says. “I proposed a design that was all about softness, slowness, and a cuddling aspect, like a teddy bear.” Micra was named Car of the Year by the European auto press. She adds with a laugh, “And I don’t even drive!”

More recently, she has fulfilled a longstanding ambition to curate on the world stage. She has organized exhibitions at the Museum of Contemporary Art Chicago and the Design Museum Holon near Tel Aviv, among others. Many of the shows are on the topic of textiles, a medium she says she is intent on “bringing into the future.” For the same reason, she spearheaded New York Textile Month, now in its second year, and Talking Textiles, a magazine. “We are aiming at a new utopian vision bridging high tech and slow craft— Silicon Valley and Hudson Valley,” she says.

“I used to be afraid that I would not be able to understand younger generations as
I got older. But my intuition has only become stronger,” she continues. Ultimately, Edelkoort considers her predictive capabilities
a responsibility and a gift, one she doesn’t take for granted.