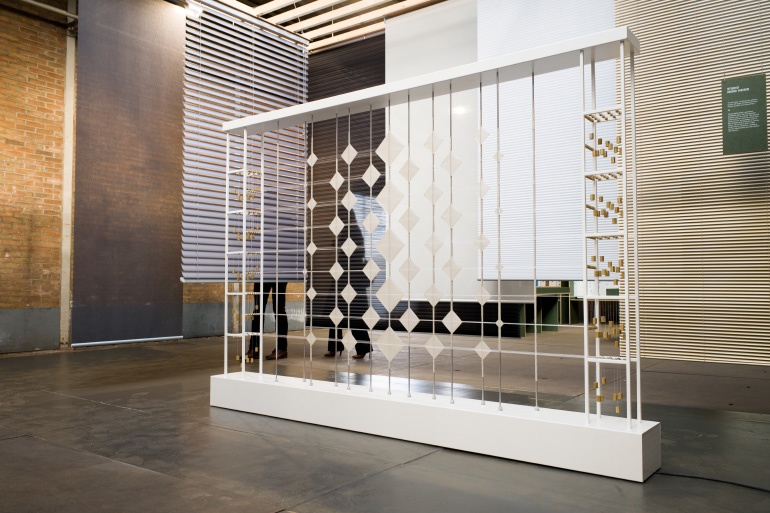 This year’s Dutch Design Week in the city of Eindhoven was called Stretch, and it encouraged its participants to stretch their design practices to the edges of what is possible, open themselves up to new perspectives, and collaborate with others. It certainly delivered on the theme with 110 venues and over 600 exhibitions, tours, and presentations celebrating both established designers and emerging talent (the Design Academy Eindhoven’s graduate show alone filled three huge floors with almost 200 works). The focus was on ideas, solutions, innovations, and some very clever collaborations between historic brands and young designers.

The fact that the event felt so diverse and varied is testament to the vibrancy and good health of the Dutch design scene. An atmosphere of exploration and experimentation pervaded the show. What follows is a small selection of highlights.

1. Despite the very high standard of events around the city, Dutch Invertuals’ three shows stood out. Enlighten was a collaboration between historic Dutch blinds company Luxaflex and six designers who explored the possibilities of presenting light in new forms. The resulting works were sophisticated, playful, and inspiring. The minimalist exhibition design by Tijmen Smeulders, combined with the industrial look of the former railway warehouse that served as the venue, allowed the visitor to focus on each piece in an almost theatrical way.

2. Tucked away in a recently refurbished 1930’s terrace house was a project called Young Collectors curated by Studio Thier&vanDaalen that aimed to take design off a pedestal and show it in the manner of an interior magazine. The two designers, Ruben and Iris, showcased their own work as well as that of fellow designers they admire—such as Max Lipsey, David Derksen, and Mae Engelgeer—in various parts of the home.

4. Transitions III was another clever collaboration between a company, in this case a supplier of decorative sheet material called Baars & Bloemhoff, and six designers aimed at exploring what their different materials can do. Particularly memorable was Bart Joachim van Uden’s Romancing the Stone, which featured Google Earth landscapes printed digitally on high-pressure laminate and turned into chipboard furniture—the results looked like precious marble wares. Also impressive was Job van den Berg’s Hollow series of shelves made entirely out of folded wood veneer, without the aid of screws or any internal structure.

5. The influential Design Academy’s graduate show is a massive and much-anticipated event and was of a very high standard this year. Products aimed at making life easier for premature babies, people suffering from dementia, and hospital patients seeking a more human experience stood out, as did projects dealing with colonialism and a clothing line designed to accommodate our increasingly deformed bodies, the result of our sedentary lifestyles.

6. To See a World in a Grain of Sand by Dutch Design Week ambassadors Atelier NL showcased the wild sands the pair have managed to collect from the dunes, beaches, rivers, mountains, and quarries of the globe in the last few years. They decant the sand into porcelain melting cups, add sodium carbonate and calcium oxide (a basic glass recipe), and fire them to create glass. The results are intriguing and varied and bring people closer to the vital importance of this material in our daily lives.

7. Sectie C is a series of four factory buildings in Eindhoven that have been transformed into studios of all sizes for photographers, designers, artists, musicians, and so on. For Dutch Design Week, the maker village was transformed into a giant roaming exhibition space full of interesting nooks and crannies. Jelle Mastenbroek showed his famous musical crockery vending machine cabinets and data orchestra as well as new pieces, including a lightbox featuring a dancer that twirled to music. Like all of his pieces, it was coin-operated. Mastenbroek is interested in subverting the idea that money is always bad and is drawn to creating pieces that are interactive and use sound. “Hearing is a sense often overlooked in design,” he says.

8. Robotanica by Transnatural at the VDMA building explored the topic of robotics in the natural world, and whether technology could be harnessed to save animal species threatened with extinction for example. Interesting exhibits included insect robots that could fly over disaster areas looking for survivors or clothing fitted with sensors that bring air pollution to life. Undoubtedly the most thought-provoking exhibit was a piece by Austin Stewart called Second Livestock. It showed a chicken wearing a virtual reality headset designed to make the animal think it is roaming free instead of living in battery farm conditions. A terrifying take on free-range?

9. Dutch performance materials company Low & Bonar partnered with young up-and-coming designers to see what their non-woven fabric Colback (more commonly used in airplane and car filters) was capable of when used in different ways. Even they were surprised by the poetic and wide-ranging results. Ten designers, architects, and graphic designers used the material to create posters, lights, screens, chairs, screens and window decorations. Rick Tegelaar’s collection of 3-D printed panels used the PET core of this material to create complex patterns and designs. The exhibition space in a former Philips office canteen offered great views over the city.

10. Historic Japanese ceramics brand Arita showed the results of its latest creative residencies during which six artists and designers spent three months in the town of Arita experimenting with new techniques. Floris Wubben’s vases stood out for their unusual stalactite-style wreaths made out of clay mixed with glazing. The technique was inspired by the traditional clay-making process and the drips of clay water accidentally created on a turning wheel.

View the slideshow for more images.