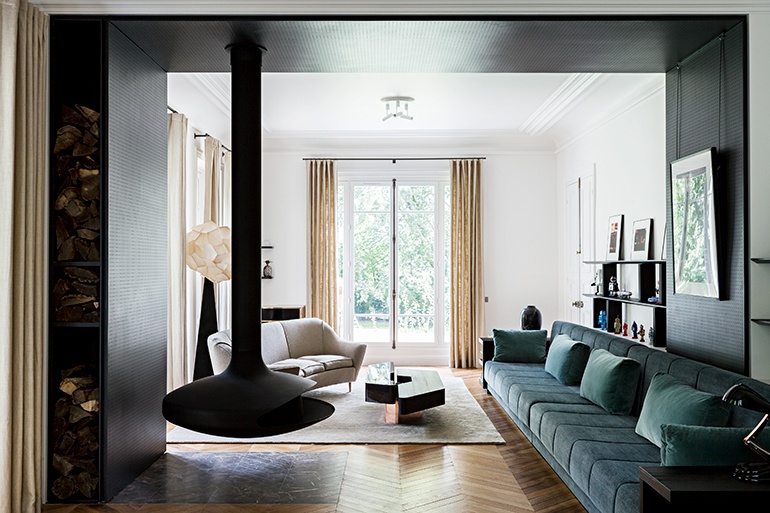 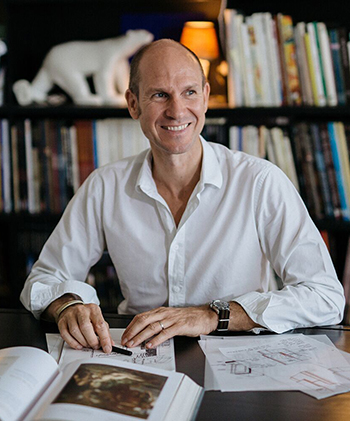 Tristan Auer is a designer par excellence. From his early days apprenticing under Christian Liaigre and Philippe Starck to his recent, triumphant renovation of the iconic 18th-century Hôtel de Crillon, Auer has perfected a certain kind of Parisian chic: airy, elegant, and understated. So it was no surprise that, just two years after being tapped to lead Wilson Associates’ first European office and just months after unveiling his much buzzed about refreshment of a villa in the glamourous Saint Cloud district, Auer was named Maison & Objet’s 2017 Designer of the Year. “I’m honored to be recognized,” Auer says. “The prestigious award helps designers share the reality of our profession and new sources for inspiration.” Here, Auer does just that.

Tristan Auer: I grew up in Aix-en-Provence, in the South of France. I came to Paris when I was 19 to study at the design school Penninghen. This is where my artistic and cultural knowledge first flourished.

TA: We are currently working on a historic hotel in the center of Paris, Le Scribe, the Carlton Hotel in Cannes, Waldorf Astoria Hotel in China, and we have few other confidential projects in Florence, London, and the Middle East.

ID: Which person, place, or thing—inside the industry or out—inspires you?

TA: I’ve always been influenced and inspired by people from the fashion world, such as Alber Elbaz and Dries van Noten.

TA: I recently discovered sculptures from a French artist called Gérard Choain (1906-1988) in a filled hall from an antiquary. I fell in love with them and bought them all!

TA: I recently moved and renovated my own apartment. I painted my bedroom walls in a color that I’ve never used. The brand is Farrow & Ball and the color is called Entrance Hall Pink.

TA: Definitely pencil. I use Pentel, a Japanese brand.

TA: Some time ago, I discovered the work of Fabienne L’hostis, who creates ceramics using an ancient and traditional Japanese method called raku from the 16th century. I regularly use her pieces in my projects.

ID: If you could change one thing about the design industry, what would it be?

TA: Multicultural agencies like ours that have a variety of experiences and backgrounds that create a cultural link. I wish we had more firms that favor this approach in the design world.

ID: Which project are you most proud of?

TA: Always the next one.

View the slideshow for more examples of Auer's work.