Moss & Lam Gets Creative in a Toronto Warehouse 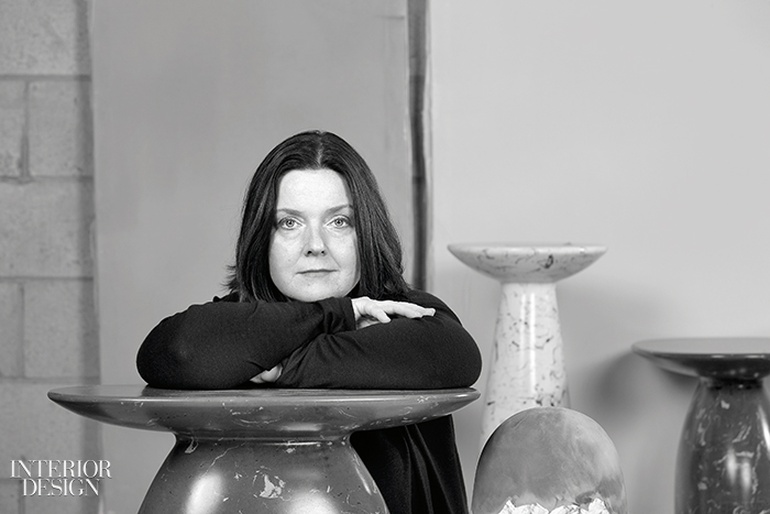 “There is a joy to being handy,” Deborah Moss says. “Being handy both with things and with ideas.” Trained as a fine artist, she works at the intersection where concepts come to life, and her Moss & Lam studio—launched with her late husband, Edward Lam—expertly crafts furniture, objects, and surfaces to achieve precise aesthetic effects, often collaborating with top designers. Notable among them are Interior Design Hall of Fame members George Yabu and Glenn Pushelberg, working for clients such as Four Seasons Hotels Limited and Peninsula Hotels. In fact, it was a hand-formed plaster wall for Yabu Pushelberg’s W New York–Times Square that won Moss & Lam global attention.

Moss just moved the studio and its 27-person staff from the edge of downtown Toronto to an industrial neighborhood that’s now home to various makers. “I don’t think we’ll ever see $6 coffees here,” she says with a smile. “It’s all about getting work done, and we need space.” That’s 14,000 square feet, to be precise.

The building was formerly a warehouse for photocopier parts. Transforming it involved removing interior walls and adding skylights, a gray stain for the existing brick, polished concrete flooring, and birch- plywood paneling. Up front, a shelf stocked with small models in ceramic, plaster, or resin suggests the range of expertise. Nearby, Moss keeps her own glassed-in office sedulously clutter-free—
an inspiration board made from gray acoustical tiles has only a few items pinned up. “I really prefer to be back in the studio,” she admits. “That’s where I do my thinking.” That’s also where the real work happens: prototyping, making furniture including the firm’s W1 side tables in scagliola, a faux marble molded from plaster, glue, and pigment. The largest room stretches more than 100 feet long, so Moss & Lam artisans can hang lengthy wall coverings to get every inch just right, with brushstrokes from Moss herself.