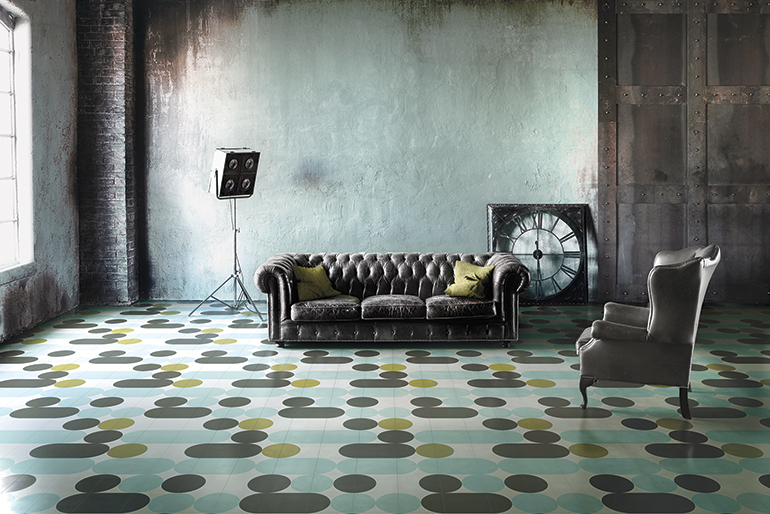 Think eavesdropping is a crime? Then let India Mahdavi be declared guilty. She describes her namesake cement tiles for Bisazza as "chatty, like a visual alphabet—before you know it, a conversation is being had." Mod stripes, pop polka dots, and other hip motifs figure prominently in more than a dozen patterns, equally divided between square and hexagonal formats. Among the squares is 8-inch Pill Cocktail, a mix of tablets and capsules. 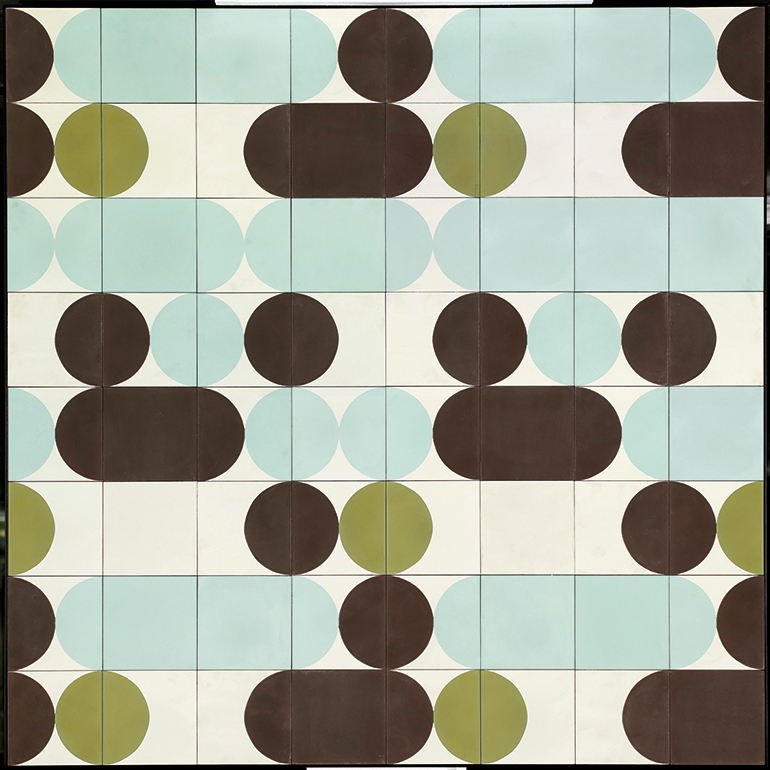