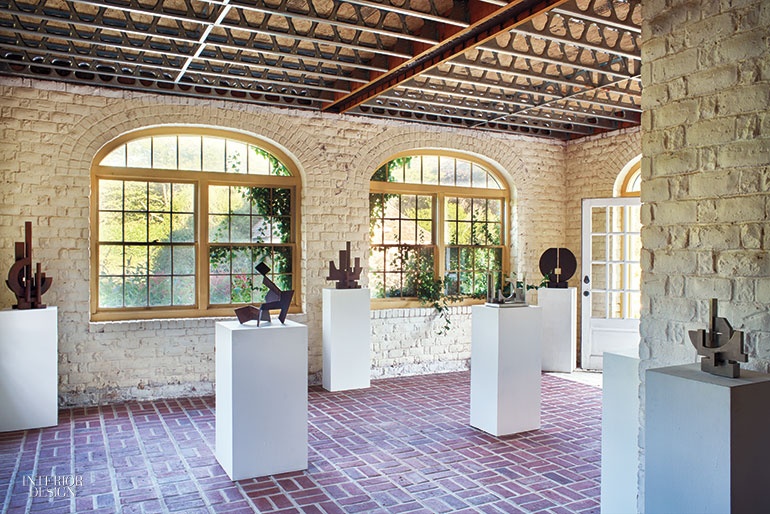 It’s a long road, with no shortage of delightful twists and turns, that has brought a selection of sculpture and furniture from mid-century France to an estate in Southampton, New York. The estate’s own story begins in 1910, when Grosvenor Atterbury, best known as master-planner and architect of suburban Forest Hills Gardens, built the slumped-brick mansion. It now belongs to former 1stdibs president and CEO and current Art-Design-Carta founder Michael Bruno, who’s in the process of renovating with his partner. Since there’s nobody yet in residence, he generously handed over part of the ground level and the entirety of the back lawn to New York gallery Maison Gerard. “The Sculpture of Marino di Teana: A Lifetime of Passion and Expression” is now on view there by appointment through August 26. 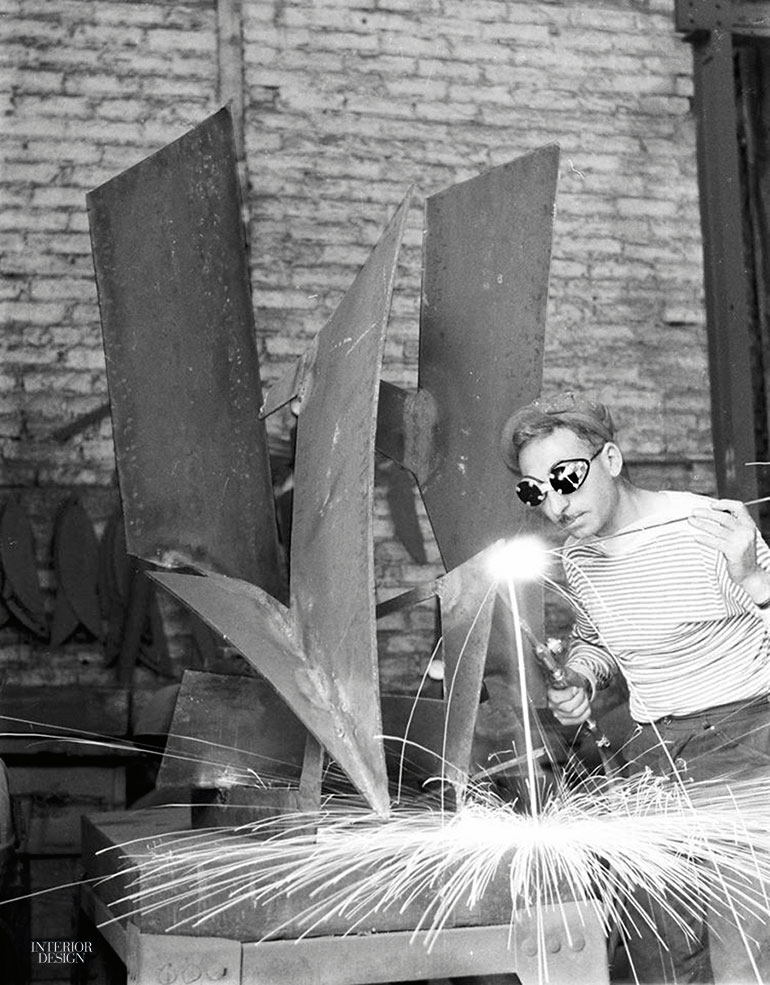 Francesco Marino was born in 1920 in Teana, a hilltop village lodged near the instep of the boot of southern Italy. It was no place for an ambitious kid, so he sidestepped the draft by sailing off to meet his father, who had emigrated to Argentina. When the 16-year-old aspiring artist and architect arrived in Buenos Aires, he already had half a decade of experience as a mason’s assistant, this being an era when child labor was an accepted part of the economy. He began to work on construction sites during the day and to attend architecture classes at night, eventually obtaining a degree.

Determined to return to Europe, he got to Paris in 1952 with a scholarship but with nowhere to stay. Literally homeless, he lived like a vagabond. But it wasn’t long before he started sculpting in earnest. For shows, he dropped the “Francesco” altogether and, adding the name of his native village, called himself Marino di Teana.

His son, Nicolas di Teana, says he has childhood memories of countless “little plaster or matchstick maquettes and sketches.” Early experiments with wood gave way to metal, whether sections of steel pipe or plates more than an inch thick. “He could make a perfect plaster portrait and carve wood just as well but preferred steel, because he found it to be the most noble,” Nicolas di Teana explains. All manner of metalworking equipment filled the studio where Marino di Teana ultimately settled, southeast of Paris.

Perhaps because of his background as a mason, the sculptures evolved as assemblages of identifiable parts—not of stone blocks, of course, but of steel. His furniture designs combine elements, too, in blackened steel. “There is a consistency to the work that is compelling. Collectors would buy sculpture, furniture, sketches, and whatever else he would let them have,” Nicolas di Teana notes.

France at that time was a fertile field for architects, engineers, and anyone else interested in the future of European cities. “The country was rebuilding itself after World War II,” he explains. Sometimes compared to another Italian-born visionary architect and artist, Paolo Soleri, who established the utopian community of Arcosanti in the Arizona desert, Marino di Teana had a fascination with grand projects, sketching big ideas that could be realized at the scale of cities.

Dozens of his monumental sculptures are sited throughout Europe today. In preparatory drawings, these sculptures take the guise of towers inhabited by tiny human figures. “He intended these forms to become buildings,” Maison Gerard principal Benoist Drut says. Bruno adds, “I like the strength of the work.”

Bruno’s solarium now contains a display of small sculptures. Next door in the gutted living room, several similar pieces join a pair of Marino di Teana cocktail tables in salon vignettes tightly curated to incorporate cabinets and rugs by the Parisian mid-century firm Maison Leleu and other vintage items chosen by Drut. “Michael has a burglar alarm. And I installed my own,” he says with a wink. The overall effect is slightly surreal, with faux ivy draping the otherwise bare steel ceiling joists passing above the opulent furnishings.

Marino di Teana’s maquettes tend to be in stainless steel, but he clearly enjoyed seeing his sculptures rust, a process that helps to connect the modernist aesthetic to nature. Installed on Bruno’s lawn and viewed from the living room, the Cor-Ten steel sculptures’ upturned beams and ascendant masts appear virtually weightless when lit at night by battery-powered LED fixtures. “Rarely does a sculpture speak so well in various scales, from tabletop size to monumental,” Drut notes. The steel is significantly heavier than it looks, however, requiring concrete plinths.

To the side of the lawn, a meadow of flowers beckons. Walk down the path mowed through the middle to discover a Marino di Teana sculpture of a different kind. Its aluminum-composite frame, supporting perpendicular plates of clear colorless glass, rises from a reflecting pool to serve as a fountain—recalling one of the largest works he produced in his lifetime. In 1963, he installed eight such fountains, 30 feet tall and washed with colored lights, inside the Grand Palais in Paris.