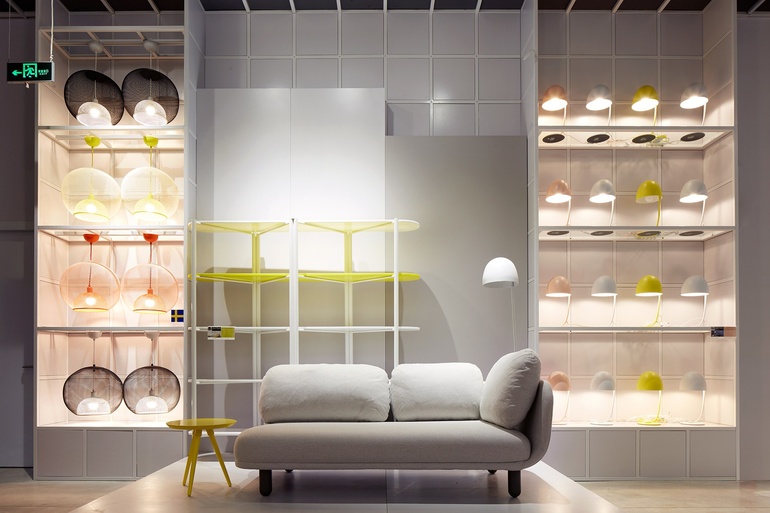 Luca Nichetto was destined for design. He was born in Venice, growing up in Murano, essentially the glass-making capital of the world. He studied glass at the Istituto Statale d’Arte di Venezia, before earning an industrial design degree at the Università Iuav di Venezia. He began his career at Salviati, then went on to design lighting and furniture for such companies as Foscarini, De la Espada, Cassina, and Seletti. In 2006, he founded Nichetto Studio, now employing six designers. He’s since moved to Stockholm with his wife and child, but, this week, he returns to Italy, to Milan’s Salone de Mobile, where he’s been showing work every year since 2003; this year, he’s introducing 14 pieces for Ethimo, Othr, and more. He’s also segueing into China and interiors, designing two stores for Zaozuo in Beijing and Shanghai. He tells us more. 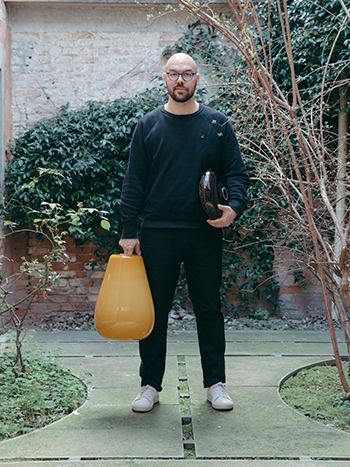 Interior Design: Did you always know you wanted to be a designer?

Luca Nichetto: Honestly, no. I never planned it. But growing up in Murano around glass production, with my grandfather and mom working in the industry, and with my father, who was a banker but also a painter, I was constantly around people who made things. When I found out that “designer” existed as a job, I knew it was exactly what I wanted to do.

ID: You mention basketball in your Instagram bio. Did you play?

LN: Yes, I was a point guard. Sadly, I don’t play anymore because I don’t have time. But it taught me that talent is not enough. You need to train hard, everyday, to be competitive. I think it’s the same with being a designer.

ID: How many products have you designed?

LN: For chairs, I have two. The Face chair for Kristalia from 2005, a rigid polyurethane shell with four legs in extruded aluminum. It was my first ever furniture piece. The other is the Robo chair for Offecct from 2010, a flat-pack design that was my first product for the Swedish brand. It was my breakthrough into the Swedish design community.

ID: What about lighting?

LN: O-Space for Foscarini from 2003, an elliptical pendant fixture, also in rigid polyurethane, with a big hole in the middle that creates a special reflection. That piece really helped me establish my career, it opened many doors.

ID: How does your design process begin?

LN: My process always follows a red line, but there isn’t one recipe. We start with a sketch, then some 3-D modeling, and then usually back to sketching to refine. There maybe a little modeling in paper after that, until we’re sure it’s right.

ID: Are you pitching to manufacturers or is it vice-versa?

LN: In the beginning, of course, I was showing concepts to manufacturers. But recently, since we’re in a good position, manufacturers are coming to us, asking to design something with a specific brief.

ID: Which app do you check first in the morning?

LN: WhatsApp and WeChat, because I use both to communicate with clients and collaborators.

LN: A boutique hotel and something for the space industry.

ID: Has your design perspective evolved?

LN:It’s changed a lot from living in Stockholm. When you’re Italian working in design in Italy, there’s pressure to create a new icon. But when I moved to Sweden, I became more aware of and influenced by functionalism. It’s now a part of my work.