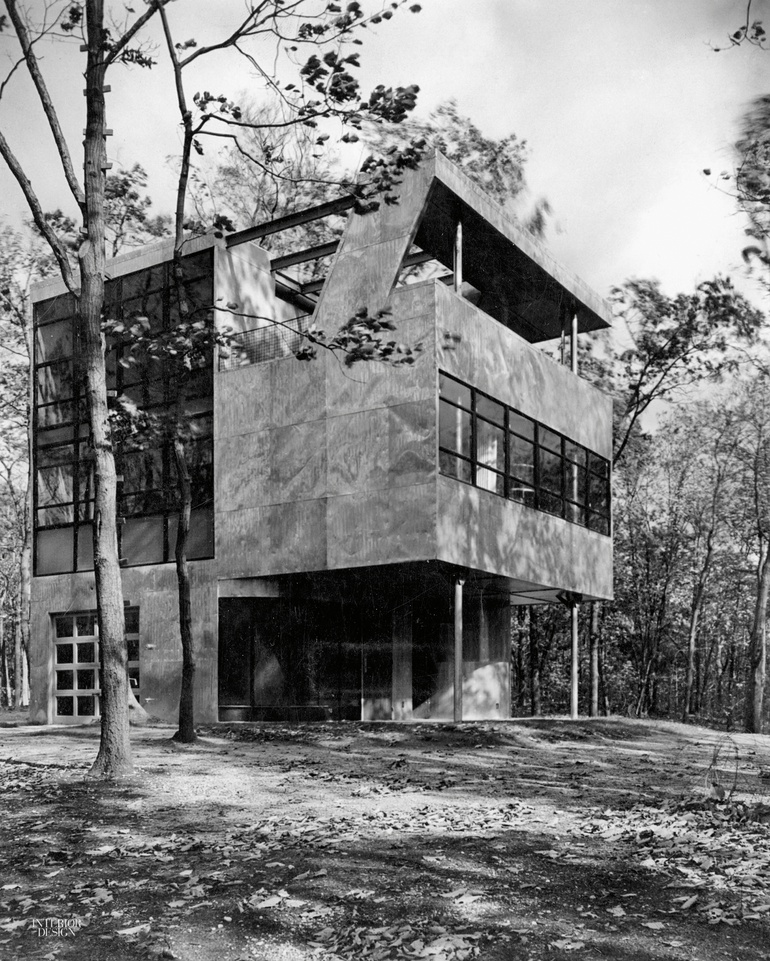 Promoted as the first all-metal prefab house in the U.S., Aluminaire debuted in 1931. It was a case study by Albert Frey, fresh out of Le Corbusier’s studio, and fellow architect A. Lawrence Kocher, then Architectural Record’s managing editor. And the venue was a week-long exhibition organized by the Architectural League of New York with Allied Arts and Industries.

After the exhibition, Wallace K. Harrison of Corbett, Harrison & MacMurray purchased Aluminaire, dismantled it, reconstructed it on his weekend property, and started building additions to the original 1,200 square feet. When Harrison died and the property was sold, Aluminaire was in danger of destruction. The New York Institute of Technology ultimately came to the rescue, transporting the house to one of the school’s campuses. Next, that campus closed, and the saga continued with a failed attempt to find a site in the city.

Cut to today. The Aluminaire House Foundation, established by architects Frances Campani, Jon Michael Schwarting, and Kenneth Frampton has shipped the components cross-country. Soon, Aluminaire will open to the public. The site will be right across from the Palm Springs Art Museum and near many landmarks by Frey, who practiced in California for 50 years.