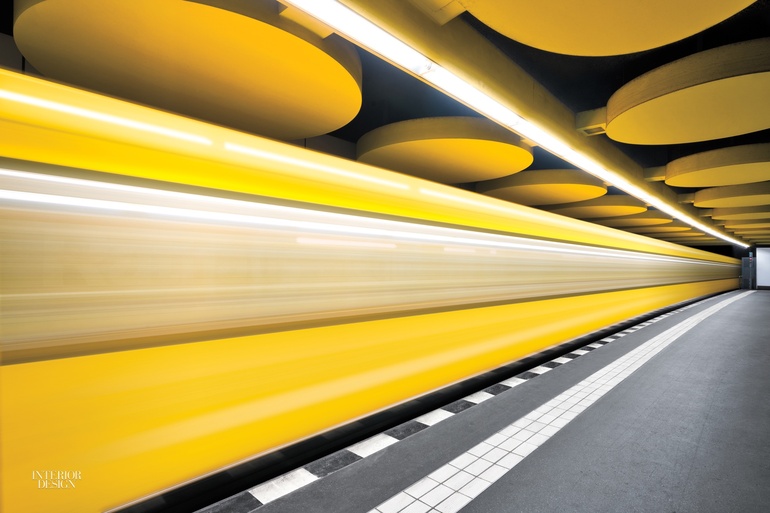 Knowing the power of a distinct visual identity in an otherwise featureless underground space, enlightened cities around the world have elevated standard subway station design with striking architecture and art that establish urban character and offer commuters a grace note amid the daily grind. Montreal is one such city. In 1966, it inaugurated a system of individually designed stations for which different architects and artists created murals, stained glass, sculptures, and more. Almost half a century later, student Chris M. Forsyth became captivated by what he calls the “overlooked beauty” of those stations, and he began to photograph them.

Forsyth went on to photograph stations in Berlin, Munich, and Stockholm for a series he has named The Metro Project. The stations of Berlin’s U-Bahn system, which carried its first passengers in 1902, now comprise more than a century’s worth of styles, from flowery Jugendstil to Bauhaus and pop art. When Munich’s U-Bahn opened in 1971, the aesthetic was subdued, but newer stations have been designed with a riot of color and pattern. Some of Stockholm’s stations appear carved from the exposed bedrock, the cavelike ambience energized by a rainbow palette.

With the real world’s crowds, advertising posters, and litter digitally spirited away, Forsyth’s images reveal daring design choices at their most theatrical. They transform subterranean infrastructure into atmospheric venues that celebrate civic life and public art.