The Lost Atrium of the Temple Court Building in NYC 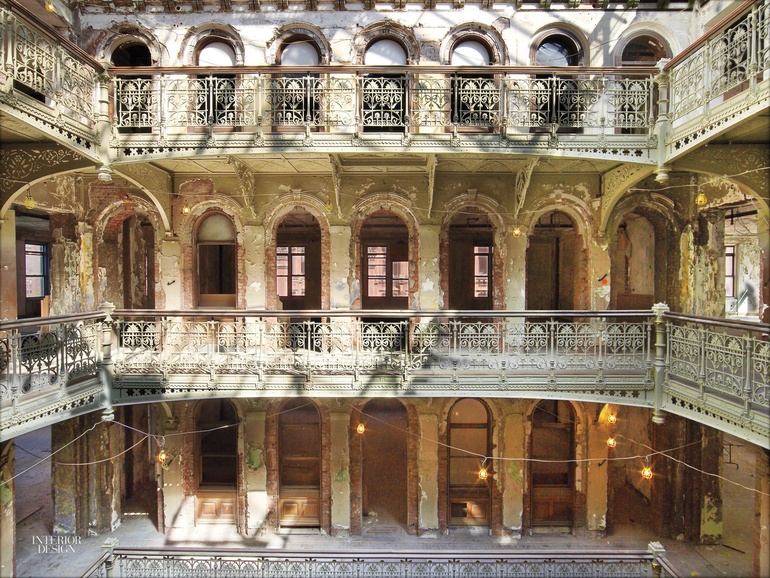 The lost atrium of the Beekman hotel revealed itself slowly, in stages. Randolph Gerner’s first glimpse was from high above. Standing on the observation deck at New York’s Woolworth Building by Cass Gilbert, Gerner could look down on the unrestored skylight capping the Temple Court building’s atrium. Then, in a Vogue Italia fashion feature, he noticed a decrepit interior photographed, and he knew it was one and the same because of a telltale detail, the Woolworth Building perch clearly visible through the glass. “The Temple Court was one of those forbidden places that people crave to see,” he says. In addition to magazine shoots, the essentially abandoned shell hosted fashion shows and galas, even TV dramas and a video for Kanye West.

When Gerner Kronick + Valcarcel, Architects, was hired to convert the Temple Court into the Beekman hotel, Gerner learned that fire-safety concerns and a changing real-estate market had led to the building’s near-demise. He also got to visit himself. In person, the atrium took his breath away despite the air of ruin—the only thing missing was a bat soaring overhead. “In some ways,” he says, “it was a religious moment for me to find this piece of architectural history.” He remembers having the same feeling on his first visit to the Pantheon in Rome.

> Read the full story of the Beekman's restoration