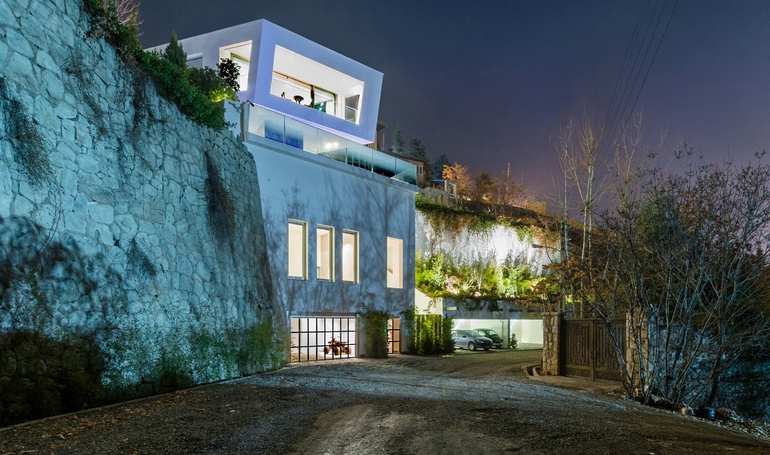 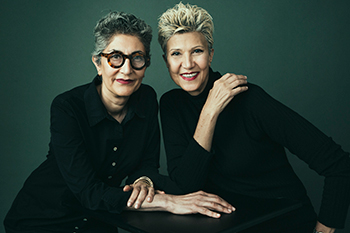 Naturally, everyone assumed that Gisue and Mojgan Hariri were twins. Besides their similar bone structures, the sisters had the same haircut when they founded Hariri & Hariri Architecture in 1986. They shared other things, too. Though born in Iran, both relocated to the U.S. for college in the 1970’s.

They were never again apart for very long, says Gisue Hariri, whose brown hair is now short. In the conference room of her new office, she launches into the history. When Mojgan Hariri, who’s 19 months younger, decided to terminate her studies at the Rhode Island School of Design, her sister was already enrolled in Cornell University’s undergraduate architecture program. “I literally went and got Mojgan with a U-Haul,” she recalls. “Since childhood, we’ve always done everything together.”

Having earned her own Cornell architecture degrees, bachelor’s and master’s, Mojgan Hariri now wears her hair cropped—often with a single crystal earring. But looking different doesn’t indicate that the Hariris have grown apart. Rather, they have matured into two halves of a whole, although they still argue over drawing pencils and ideas with a ruthlessness that only family would tolerate. “It’s war. There can be screaming. You don’t want to know,” Mojgan Hariri says.

The best ideas seem to win out, if the firm’s completed projects offer any evidence. In New York, Gisue Hariri’s airy apartment is defined by sculptural walls that curve up into canopies. A similar form is incorporated in the coffee-brown teak facade of the Juan Valdez Cafe? flagship, while a “liquid” styrene wall melts into a banquette at the back. Built to connect Colombian coffee growers with American coffee drinkers, there’s no mistaking Juan’s place for a Starbucks.

In Miami, the Hariris completed Tui Pranich & Associates, a 5,000-square-foot Design District showroom with a long, shallow indoor pool that skirts windows overlooking the sidewalk. That commission led to town houses for Aqua, a New Urbanist island development in Miami Beach. The other high-profile assignment that the sisters have tackled recently for a speculative developer is part of the Houses at Sagaponac on Long Island, New York. The L-shape pavilion and terraces of Turkish travertine have been lauded for their “sumptuous, self-assured grandeur” by architecture critic Paul Goldberger, who’s contributing an essay to the sisters’ second monograph, due out next year.

All of this makes Gisue and Mojgan Hariri two of the most accomplished women in American design, with a list of honors to prove it: an Emerging Voice invitation from the Architectural League of New York and an Academy Award in Architecture from the American Academy of Arts and Letters, to name a few. Still, the sisters aren’t yet household names. “It’s a pleasure to get a letter addressed to Mr. Hariri,” Gisue Hariri says. “That means that someone is looking at the work in a certain way.” And she goes further: “It’s society’s obligation to find women who are as good as men and give them the opportunity to build.”

As is often the case, much of the sisters’ most adventurous architecture remains on the drawing board. For St. Mark’s Coptic Canadian Village in Toronto, the sisters acknowledged the Egyptian heritage of the Coptic church by throwing in what they called Pyramids of Spiritual Harmony. That put the Hariris in unfamiliar company, as the Luxor Las Vegas Resort Hotel and Casino was one of the last big architectural outings for the pyramid. “A lot of people think everything is about taste,” Gisue Hariri says. “Design is about a vision.” Or two. 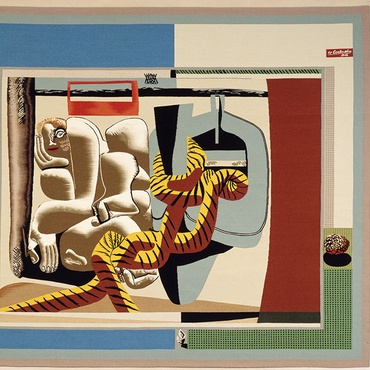