Just when you thought you knew everything there is to know about Andy Warhol, someone unearths a whopper. While pursuing an alliance with the Andy Warhol Foundation for the Visual Arts, Henzel Studio founder and creative director Calle Henzel discovered 38 images, die-cut octagonal details from Warhol’s legendary 1967 portrait of Marilyn Monroe. Immediately recognizing their decorative potential, Henzel adapted the prints to produce Henzel Studio Heritage: Andy Warhol, a series of limited-edition hand-knotted silk rugs. But he didn’t stop there. For a separate series of five special editions, he appropriated the entire Marilyn image and framed it with irregular borders. All the rugs are numbered and accompanied by a certificate of authenticity. 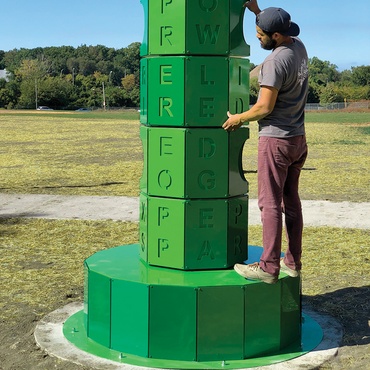