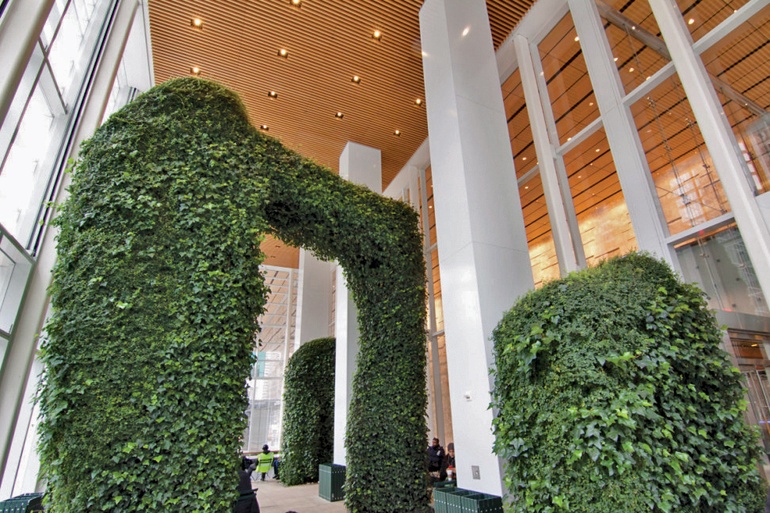 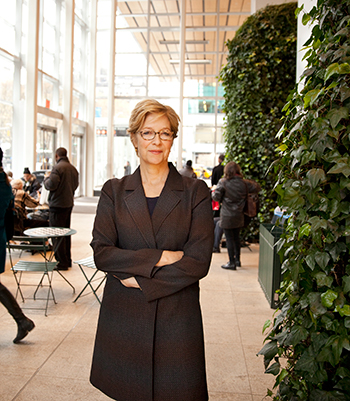 World-renowned landscape architect Margie Ruddick redefines green design as we know it. The Cooper Hewitt National Design Award winner has masterminded urban environmental projects worldwide, including the 2011 redesign of New York’s Queens Plaza and an ecological riverfront park in historic Chengdu, China, completed in the late 1990's. Ruddick just released the vividly illustrated Wild by Design: Strategies for Creating Life-Enhancing Landscapes (Island Press), in which she recounts her experiences designing her Philadelphia residence's own front yard and a living installation inside the lobby of One Bryant Park in New York City. Here, she weighs in on what sparked her passion for landscape and how a collaboration with Lucien Rees-Roberts resulted in a favorite paint color.

Margie Ruddick: I grew up on the seventh floor of a pre-war building way north on the Upper East Side of Manhattan. We spent weekends and summers in a tiny cottage at the beach. I lived my weekday afternoons playing in the North Meadow of Central Park. The park’s wild quality that far north had a huge impact on me; it was a relief valve.

MR: One of the more interesting ones is an assisted living project for Manhattanites—there are very few in the city, so it is a real need. Integrating healing gardens and gardens for people with memory loss within the Upper East Side’s formal-garden language is interesting.

ID: What are some trends in how landscape design has interacted with architecture/interiors and how do you foresee these evolving in the near future?

MR: One of the nice outcomes of the mid-century modern romance of the past 15 years has been an enhanced inside/outside connection. Designers seem to understand better that the California-style house trend is not just a formal conceit—it influences the way people feel, even beyond a stronger perceived connection to nature. Plants scrub the air and cool the environment. We are seeing a new generation of "living walls" that promote an idea of a three-dimensional interior natural landscape, with hanging plants, plants integrated into the floor plane, and a mix of trees, shrubs, vines, and ground covers. I hope the culture can accommodate the maintenance that such interior green landscapes require; otherwise it will be a fad that is not sustainable.

ID: Your intervention at Queens Plaza drastically improved a tangle of crisscrossing infrastructure. What were some of the biggest challenges with that project?

MR: Getting all the agencies that own all of the different pieces of real estate—streets, parks, DEP, DOT, MTA—together to build and maintain green infrastructure was the number one challenge. Then allowing for a year-two, year-three, and so on budget for replanting is challenge number two. Any big greening project needs not only to be maintained but replanted, as some plants invariably don't make it regardless of how well the project has been designed, installed, and maintained.

ID: What are some other improvements in the urban environment you’d like to see implemented?

MR: The precedent of the Broadway medians (reclaimed lanes of traffic that now have planters, tables, and chairs) should be copied wherever possible. Shifting from a car culture to a walking/strolling culture has huge benefits for the city, from pollution reduction to personal health.

ID: The city of Philadelphia ticketed you for having weeds above 10 inches in your yard. Can you tell us about that experience?

MR: I had two reactions: one was to be indignant because the dominance of lawn—a material that is often sustained by tremendous volumes of water, pesticides, and herbicides—is so much of an unquestioned given. The other reaction was to understand that my little private reforestation project needed some cosmetic help to make it more palatable to my neighbors, whose dismay at the "unkempt" look of my front yard occasioned the call to the building department. So I went out and bought a bunch of flowering shady perennials to edge the growing forest, and worked harder to maintain the margins of lawn along the sidewalk and driveway that made the whole project look more intentional.

MR: Sherwin Williams 7633 Taupe Tone. Lucien Rees Roberts arrived in my NoLIta kitchen in 1993 with several cans of taupe paint and we transformed a windlowless space into our living space. I have loved taupe ever since.

MR: Clamshells can be bought for driveways from any number of suppliers in Clamshell, New Jersey.

MR: Work in the field, learn plants, get your hands dirty. Installation and maintenance are short-shrifted as critical stages in the design process.