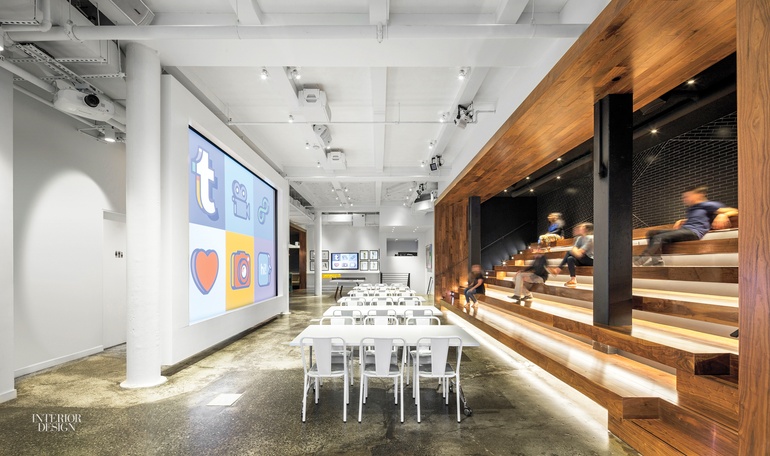 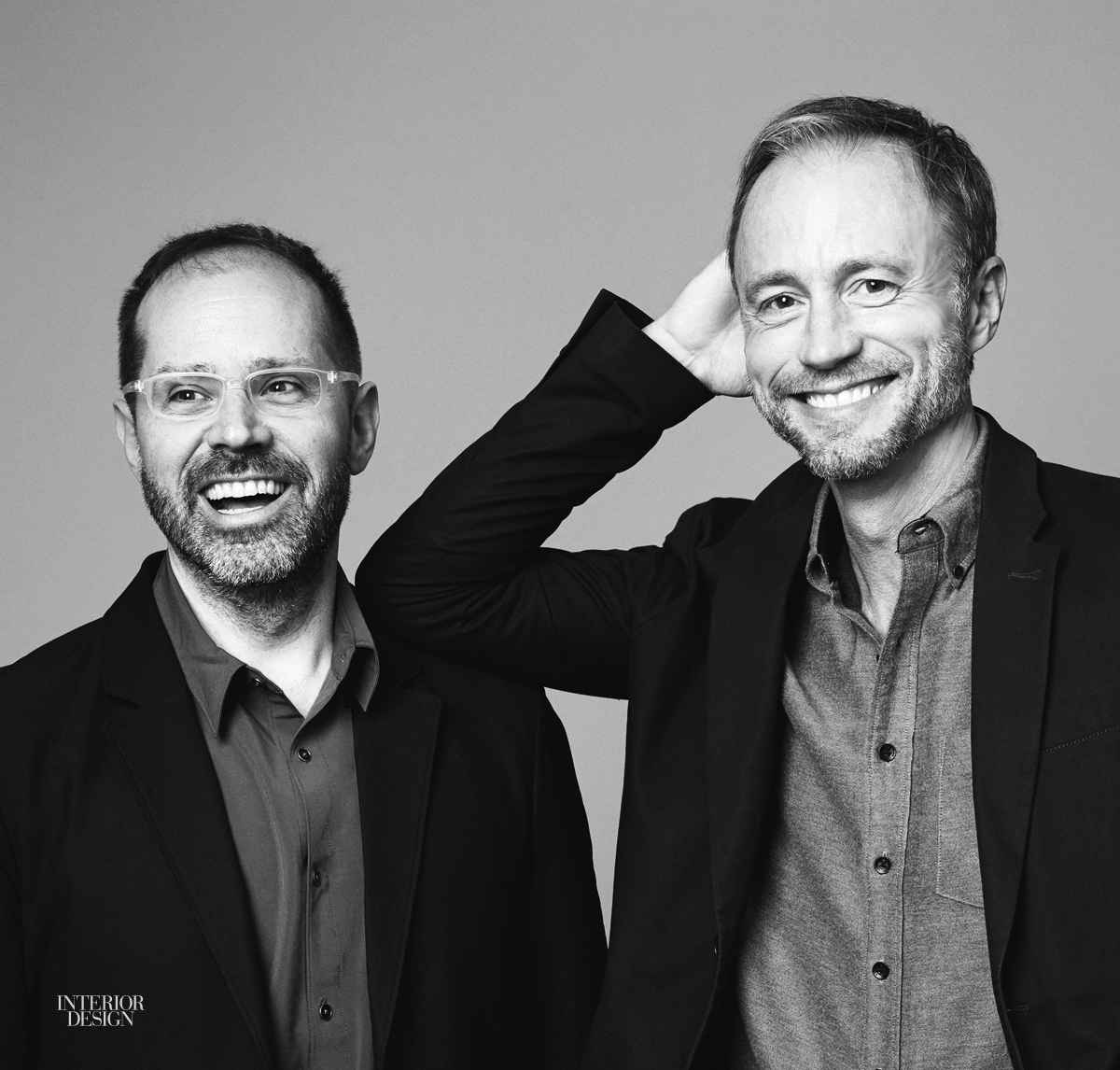 The name that Dag Folger and Brad Zizmor chose for their firm certainly tells you something about their approach to designing: brainy, enlightened, forward-looking. Architecture + Information, now celebrating its 20th year, does a fair share of retail spaces and the occasional residence. However, Folger and Zizmor—who met at Columbia University—have become most influential as workplace specialists. And they’ve been on that beat since before it was cool.

More specifically, they are the go-to guys for cutting-edge media companies. In New York alone, we’re talking Horizon Media, IHeart Media, Squarespace, and Tumblr. Not coincidentally, these interior architecture projects are all for information companies.

For insight into client spaces, consider A+I’s own studio, where the 70-person team enjoys two kinds of beer on tap. Folger and Zizmor think that work can be fun. They think it has to be, in fact, since life and work have merged, whether we like it or not. “We’re getting different things out of our offices than we used to. They’re places for relaxation and recharging,” Zizmor says. Folger isn’t joking when he adds, “We consider our spaces part of the employee compensation package.” The two principals feed off each other when they start talking about this stuff—these are two very passionate sorts.

It all starts with their lobbies, definitely not the perfunctory entries of old, meant to get people in and out quickly. A+I slows the process down. “Lobbies can actually be social experiences,” Folger says. At Squarespace, a 5,000-square-foot loading dock was transformed into what Zizmor calls a “soft entry” lounge hung with rotating exhibitions of art from top galleries, starting with Sperone Westwater.

Folger and Zizmor did something similar with a street-front space that Tumblr had leased below its four office levels. The former cabaret, now a dedicated reception area separate from the lobby used by other building tenants, is a striking black-tiled spot where you might actually want to sit down for a spell. At the back of reception, the switch-glass door to an events venue gives it privacy during meetings but a visual connection to the outside world the rest of the time.

A+I performed major surgery on the lower two levels at the Mart, the 1930 Chicago building formerly known as the Merchandise Mart. “It had no center for the community,” Zizmor says. “Our solution was to remove an enormous piece of the floor slab.” In its place went a grand staircase with amphitheater seating, built with 300 pieces of travertine. “Besides opening up a connection that had never existed between the first and second floors, we created a space for interaction,” he adds.

Likewise double-height as the result of cutting through a floor slab is the reception area at the Hain Celestial Group, a natural-foods company in the New York suburbs. Employees previously felt disconnected from the company’s story, so A+I went with a theme of transparency. “From the moment you walk in, there’s a huge visibility component,” Zizmor says. Flanking the reception area, a company store and a café display Hain products as beautifully as if they were artworks. Seeing is believing.

The A+I look, if there can be said to be one, involves a penchant for reflective lighting and a certain affection for sleek surfaces. But as Folger notes, “Our architectural elements are not for decoration or style. They are in the service of telling stories about the ideas, strategies, and values of companies.”

It was inevitable that clients would ask A+I to “scale up” from offices to entire city blocks. “In the next couple of years, look to see some of our work spread out and grow quite quickly,” Zizmor says. Next from the talented team is a mixed-use development of nine buildings, some new and some renovated, in the gentrifying Brooklyn neighborhood of Bushwick.