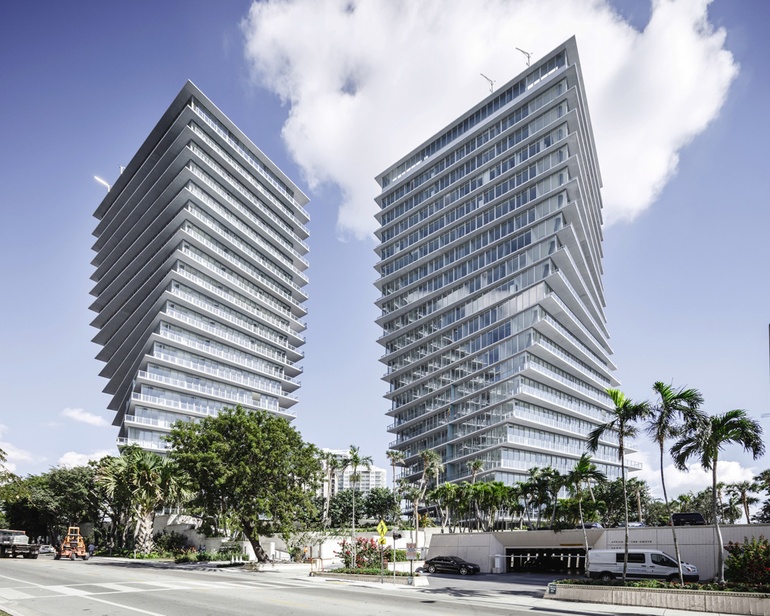 As America’s third tallest cityscape, Miami is a hotbed of architectural moxie. The global travel destination earned its Magic City moniker following a mid-aughts construction boom (dubbed “Miami Manhattanization”) that continues to transform the skyline at rapid fire. Emerging cultural attractions and luxury hospitality hotspots have cemented the city as a tabula rasa for designers, architects, and developers.

A recent influx of slender towers proves the once-overlooked Edgewater and Midtown areas are experiencing an economic resurgence. International firm Arquitectonica has been commissioned to design several of the area’s high-rises. Showcasing interiors by some of the industry’s most renowned practitioners, the structures include Piero Lissoni’s GranParaiso, David Rockwell’s Hyde Midtown Suites and Residences, Clodagh’s EAST Miami at Brickell City Center, Jean-Louis Deniot’s Elysee Miami, and the firm’s own Aria on the Bay. Aside from EAST Miami, which was completed in 2016, all projects are slated for occupancy by 2019.

While every construction market is subject to ebbs and flows, Miami continues to attract vacationers, developers, and designers in droves. The city’s prognosis is positive: an upswing of architecture luminaries leaving their mark in the skyline means Miami shows no signs of slowing down.