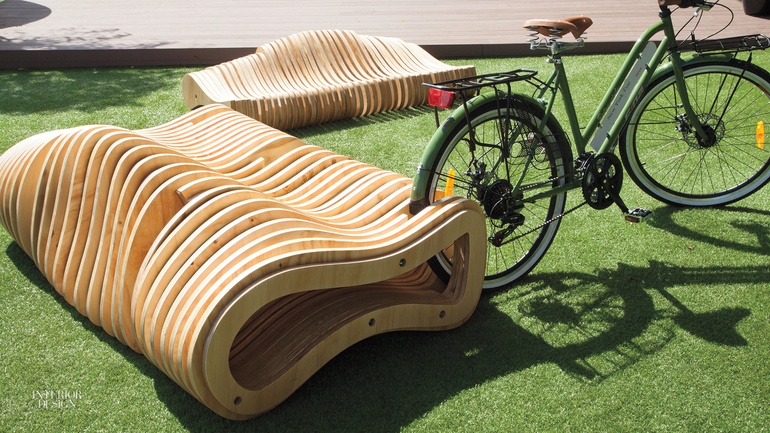 They wanted a bike rack. Gensler associate Andrés Lara wanted more. “The value of design is linked to its ability to respond to different needs and variables,” Lara declares. And so the commission from Costa Rica’s Department of Transportation and Public Infrastructure became a lesson, not just in adaptability but also in methodology. Designing a bike rack that could perform double duty as a bench, his team members boosted their digital savvy as they experimented with computational tools that allowed the undulating profile to evolve. Digital aids also helped reduce materials usage, as the CNC router at woodshop Herencia del Mueble was able to produce two usable pieces from a single cut of plywood—winning the design a Margo Grant Walsh Award for cost-effective solutions. Now ensconced in the lobby of the firm’s office in San José, the sinuous units will ultimately land on the concrete outside.