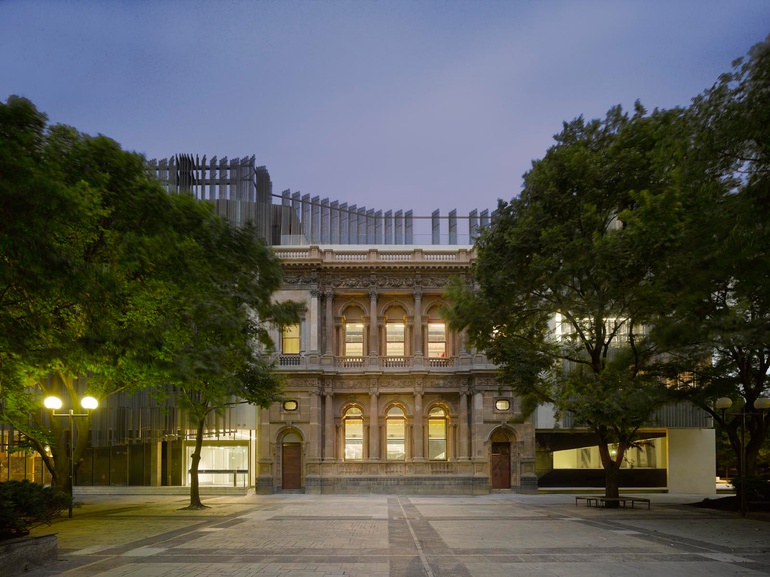 Architect Nader Tehrani is making his mark around the world, in nearly all sectors of design. For example, his firm, NADAAA, has recently completed the Melbourne School of Design in Australia, a private residence in Washington, and a flat-pack table that seats 10, among countless additional projects that push the boundaries of digital fabrication and innovation. This global reach is due in part to Tehrani’s global sensibility and background: born in London, raised in Pakistan, South Africa, and Iran, and educated at RISD and Harvard. He’s also an educator himself, previously serving as the head of the architecture department at the MIT School of Architecture and Planning and now the dean of the Cooper Union. Somehow, he managed to squeeze in time to answer our questions. 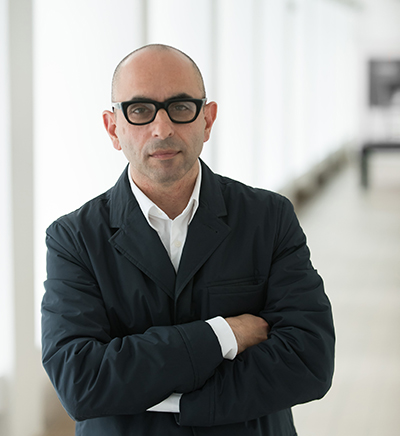 Interior Design: How did your child- and early adulthood influence your work?

Nader Tehrani: I became a global citizen at an early age. At the same time, lacking the consistency of a common platform from which to emerge, I had no single history, language, or culture as a reference point. For this reason, I lagged behind in schools within each context; however, I used visuality as a surrogate sense from which to understand the worlds around me. This slowly translated into my emergence into architecture—a métier that draws from many cultural and disciplinary vantage points, but in effect gains its momentum from visual languages. At RISD, I was torn between film studies and architecture. I ultimately chose architecture, but scenography, time, motion, and narrative are central to NADAAA.

ID: With your firm in Boston and being the dean at the Cooper Union in NYC, you’re traveling nonstop. How does your week break down and how do you keep on top of everything?

NT: I’m in NYC three days during the week and back in Boston for the weekend. However, some weeks have events at the Cooper Union that might have me stay, as much as NADAAA projects might have me make site trips to Toronto or Providence any given week. But it’s really the daily structure that’s more important. For the most part, mornings are focused on NADAAA, afternoons on Cooper, and evenings are split between the two. But I actually travel less now than before. Plus my weekly “training” back and forth has enabled me to write a great deal more than ever before. Amtrak’s quiet car has been an important piece of technology for me.

ID: How many NADAAA projects do you take on at a time, and what are you working on now?

NT: We have several projects cooking and about 10 “active” projects: a bridge in Melbourne; the Daniels faculty building at the University of Toronto; a large urban project for MIT, with graduate housing being the main program; and the library expansion at Beaver Country Day School. We also have a fabrication laboratory, where we make custom furniture, fixtures, and details. Overall, we’re always working on one research-based fabrication project for an exhibition, a house, a master plan, and a piece of furniture, among a variety of other scales. It’s this diversity—urbanism, architecture, interiors—that defines our practice.

ID: Which project are you most proud of and why?

NT: The Melbourne School of Design. Not only was the building completed six months early and fiscally inventive, but it also delivered impeccably in terms of craft, precision, and complexity. Also RISD’s central quad master plan, which I’m working on now. It’s technically challenging, but given that it’s my alma mater, I’m profoundly honored to have the opportunity to work on it. From an emotional perspective, it’s a very charged project for me.

ID: Why was it important to bring the Spanish Biennial of Architecture and Urbanism to the Cooper Union? (It’s first time ever shown in the U.S.)

NT: What’s remarkable about the work in the exhibit is how the creators of each project were able to tap into the rich history of Spanish architecture while having access only to a scarcity of means. The Spanish work is invested in a culture of construction, and the Cooper Union’s history has been invested in “making” as a foundational pedagogical enterprise. Moreover, what the Spanish share with the sensibilities of the Cooper Union is the tactics of bricolage, working strategically with what is available as a foundation for innovation. That mentality may be just the right way to rethink our current challenges—not so much to survive the era of austerity, but in fact to thrive because of it. I want to open up the doors of the Cooper Union to the world, to a variety of debates and the challenges of our time. The biennial does all of the above. I hope it can teach without being too overt.

ID: As an educator, what do you hope your students are armed with for their professional architecture careers after they graduate?

NT: Critical insight, a broad understanding of the varied media available to them, and a comfort with uncertainty. Knowing the dynamics of change in practice, I think it futile to “prepare them for practice” as such, much of which is constantly on the verge of obsolescence. I prefer to prepare them to be able to think through transforming practice altogether.

ID: Is there a new computer program or digital fabrication method you’re using?

NT: While we’ve been one of the few practices that has thrived from digital fabrication from its infancy in the 1990’s, we’ve also been relatively uncommitted to specific platforms or technologies. It’s important to engage in a variety of tools—from Rhino and BIM to CNC routers and robots—but it’s even more important to tinker with technology and learn how to hack each software, if only to be able to advance the larger architectural questions that underlie the medium in which we work.

ID: What’s a recently downloaded app, and your most used?

ID: Is there an item you couldn’t live without?

NT: I’m trying to get rid of all my items.

ID: What do you do to unwind, if you have time to do so?

NT: I am a runner and a biker, though admittedly on the decline. The beginning of each day begins with a one-hour workout, and on weekends, that gets extended to two or three. The unwinding begins before the day begins.

ID: If you weren’t an architect, you’d be?

NT: A chef. Cooking is not a natural talent for me, but I’m interested in its alchemy, and the ability to transform matter into delight. It’s also the ultimate act of love.

ID: What does NADAAA stand for?

ID: Best thing about your jobs?

NT: The process: the discussion, the drawing, the prospect of discovering something.

NT: The Intolerable Image, an essay by Jacques Rancière.

NT: National and University Library of Slovenia by Jože Plecnik.