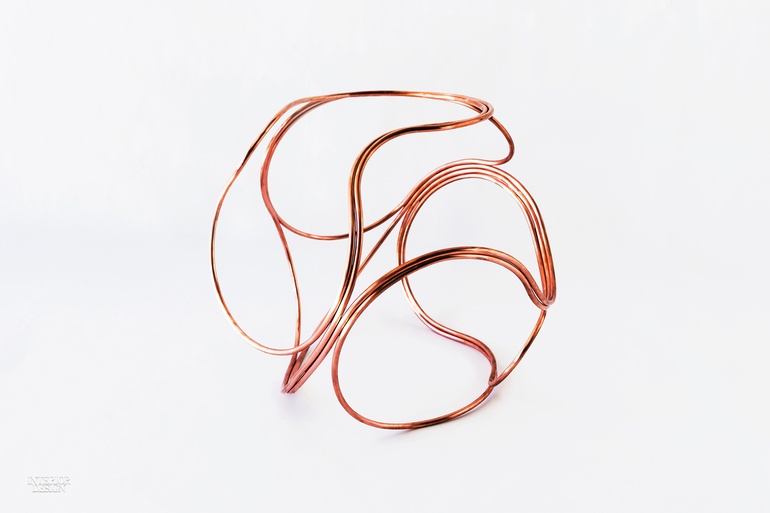 A basket is something that holds a conversation. That is the belief of Terrol Dew Johnson, a fiber artist and member of the Tohono O’odham Nation in Arizona, where Aranda\Lasch maintains an architectural studio. But it was actually in New York, at the National Museum of the American Indian, that Chris Lasch discovered Johnson’s work. Lasch eventually reached out to Johnson to collaborate, since his and Benjamin Aranda’s practice explores the intersection of craft and technology. The fruits of the trio’s labor can be seen in “Meeting the Clouds Halfway” at the Museum of Contemporary Art Tucson, through January 29. Baskets, naturally, make up a good portion of the exhibition. “The coil is the key to understanding our show,” Aranda says. He built jigs as space-frames to create three-dimensional works in copper, bear grass, or wood that are both practical and symbolic.