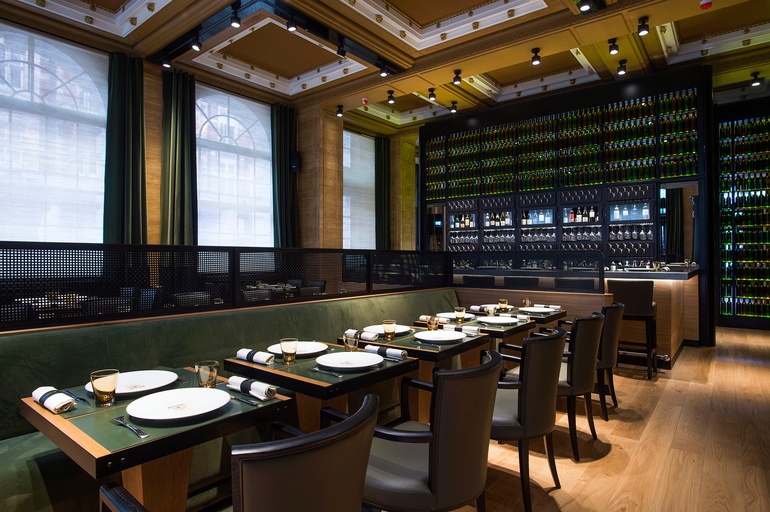 Boutique and mid-market hotels have taken up the slack, and nearly half the hospitality Giants—double the number previously—expect the mid-market sector to grow. To boot, they expect overall hotel revenue to jump 10 percent. Beyond hotels, the firms expect some action from restaurants, resorts, and condo/time shares, but expectations for such areas as gaming and cruise ships are either flat or down slightly.

Furniture and fixtures, along with construction products installed, fell 5 percent to $18.7 billion, well short of the possibly-too-optimistic $21 billion forecast. The percentage split between F&F and construction was 50/50—while historically F&F has come in between 35 and 41 percent. For some additional historical perspective: Only $5.5 billion a decade ago, F&F is $9.4 billion today. The Hospitality Giants now forecast total F&F and construction receipts at $20.6 billion.

One trend that remains steady is the split between U.S. firms’ domestic and foreign projects—the percentage is currently 74/26. Work abroad has declined every year since 2009, which could be a commentary on either the global financial condition or the rebound in the U.S. Whatever the reason, 93 percent of firms still see the biggest growth coming from home, with the South and the West Coast showing the most promise. One blip in these numbers? There’s a new show of optimism for Asia, with 40 percent of Hospitality Giants predicting growth. (Only 30 percent felt that way last time.)