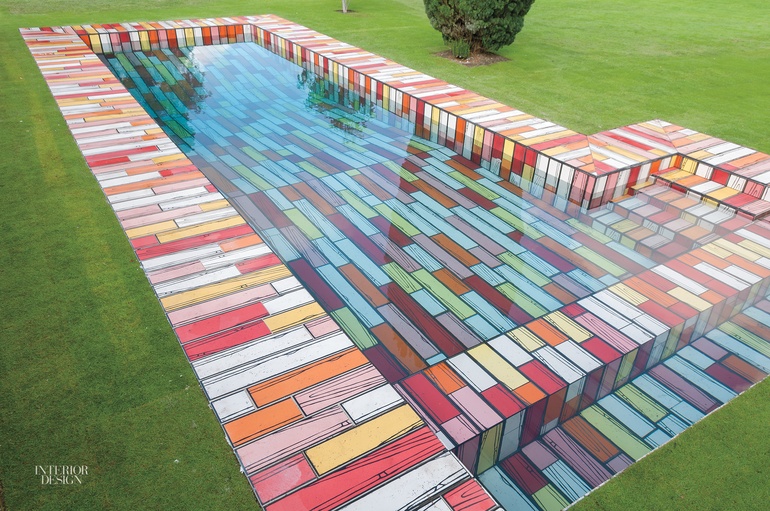 You might think sculptor Richard Woods is somewhat of a jock. At least you might if you visit Albion Barn, the 40-acre former farm in Little Milton, U.K., that his gallerist friend Michael Hue-Williams purchased and has been turning into an art park of sorts. It’s there that Woods started out by creating a pavilion to serve the property’s tennis court. Now, as part of the “Living With Art” exhibit, on view through April 2, he’s designed a 60-foot heated swimming pool using his signature tiles, which look like painted wood but are actually porcelain. “Richard isn’t particularly athletic, but I thought commissioning a group of his works here would show visitors what’s possible,” Hue-Williams says. Indeed, Woods now has another private pool commission in the works, this time in the Philippines, in addition to a ski jump for the 2018 Winter Olympic Games in PyeongChang, South Korea.