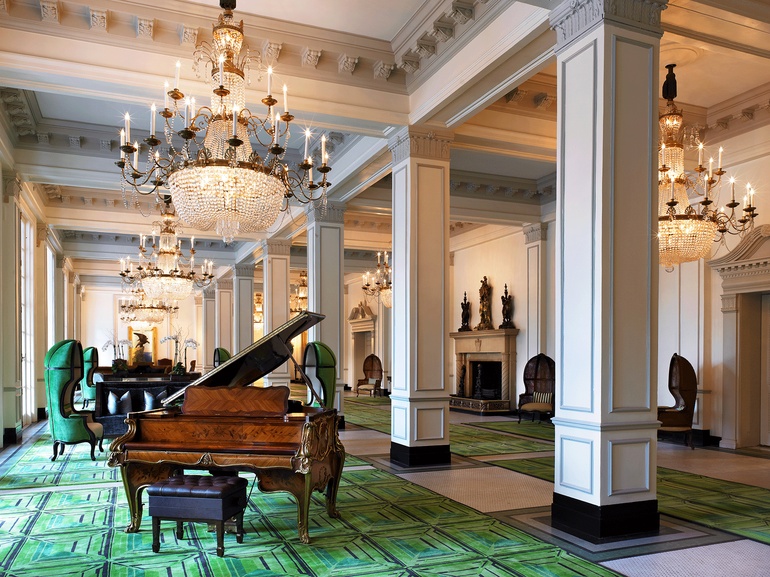 The designers speaking for Interior Design’s list of 75 Giants firms in the hospitality sector have lots of decisions to make right now. Though the growth seen since the end of the Great Recession has backed off slightly, business is good. The latest reporting period’s hospitality design fees came in at $681 million, off by 2 percent, while revenue has dropped for two years—picture a plateau with a gentle downward slope. Still, the hospitality Giants forecast fees of $746 million next year.

Hospitality now accounts for 38 percent of the firms’ design revenue. But the 10 firms with the biggest growth saw fees rise an average of $4 million, which is actually the lowest since 2011.

Total square footage was off slightly as well, with 192 million compared to 199 million the previous period. The total number of projects was up a tad to 4,877. While this number has been trending upward, this is the smallest increase in four years. The hospitality Giants forecast 221 million square feet from 5,000-plus jobs the next time.

Where will those jobs come from? In hospitality, hotels remain the true name of the game, accounting for 60 percent of fees, but we’ve seen a slight trend shift. Luxury hotels had been accounting for more than half the total, but they have fallen below 50 percent for the first time since we began tracking the data in 2005. A total of 78 percent of firms claim to do this kind of work, down from 86 percent.

As for design staff, total employees declined 2 percent, to 8,000, though firms expect to hire back soon. Staff growth has stalled after years of robust increases, though it’s worth noting that numbers are still 21 percent higher than they were in the 2013 survey. Fees per employee rose from $140,000 to $149,000, the highest number since 2009’s report. However, that boost could be a reflection of fewer employees doing more work.