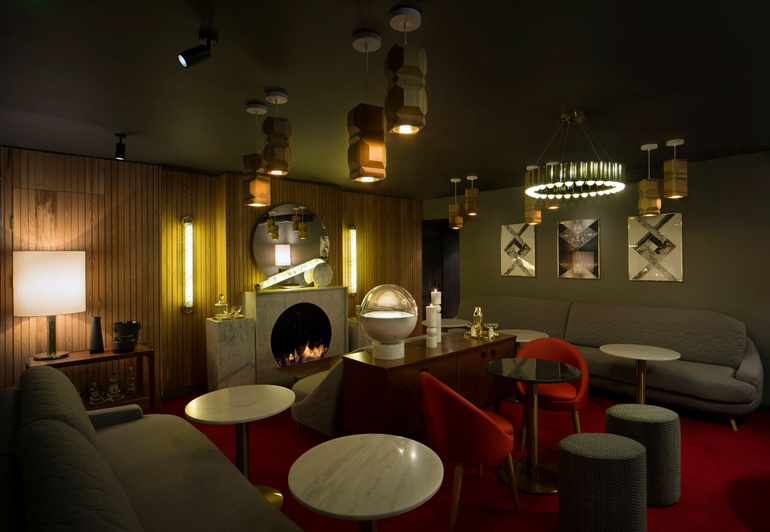 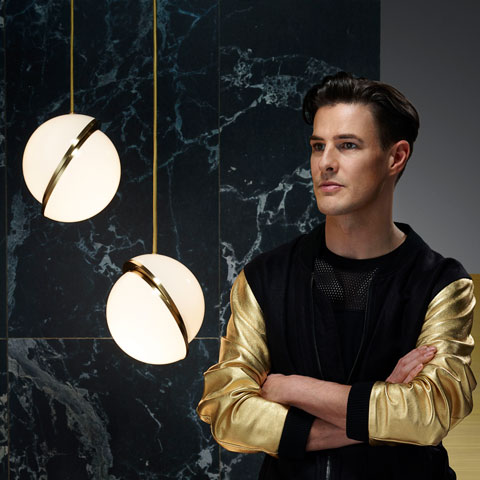 The past year has been a whirlwind for Lee Broom. The British product and interior designer has traveled the international design show circuit, launching imaginative installations to display new lighting and furniture. In his Instagram-friendly showcases, Broom merges his passions for interiors and product in fully branded environments. While recent installments of the Broom road show have been more, er, mobile—in April, he recreated a classical Italian interior in a truck and drove it around during Milan Design Week—this week he unveils a permanent showroom in New York, cementing his presence on this side of the pond.

Interior Design: What made you want to set up a permanent showroom space in NYC?

Lee Broom: Earlier in the year, back in May, we hosted a four-week pop-up store called Broome Off Broom that was launched to coincide with ICFF. The response from the industry and customers was phenomenal. New York welcomed us with open arms, and our time there was so successful we decided to open a permanent Lee Broom outpost. We’re right in the heart of the SoHo design district on Greene Street. The U.S. is a major growing market for us and one we want to expand on. I also love New York, so it's a great excuse for me to spend time in the city.

ID: What is your favorite place to visit in New York?

LB: I love to walk in New York, particularly in the summer, around the East Village or the Highline. I love Chelsea for its galleries and the Lower East Side for its bars and restaurants like Russ & Daughters. I love going across Brooklyn Bridge and I love the scale of the buildings. My favorite building would have to be the Chrysler building.

LB: This year we have had three major projects with little time in between each, so it’s been pretty frantic. We launched our traveling exhibition Salone Del Automobile in April at Milan Design Week, where we presented an Italian palazzo in the back of our Lee Broom delivery van and drove to all the design districts during the week. Two weeks later, we opened our pop-up store, and we have just completed the London Design Festival. Now of course our New York showroom is opening and hopefully before the end of this year a showroom in L.A. ahead of our 10th anniversary in 2017.

ID: Which person, place, or thing—inside the industry or out—inspires you?

LB: Music inspires me. I listen to a lot of music when I'm designing, and after a while it almost becomes the soundtrack to the collection in a funny way. It helps create the mood and sets the tone, especially for exhibitions. I like all sorts, from electro to classical. Hopelessness by Anohni was the last album I downloaded. It has a cinematic quality to it and a strong narrative—the album is really beautiful.

LB: The way certain people describe design pieces or interiors. I loathe the word “bling” and also the phrase “shabby chic.” I'm not keen on “quirky” either!

LB: TurboScan, it turns your iPhone in to a scanner, which is brilliant for turning my sketches and notes into Jpegs while I’m on the go. It allows me the freedom to work anywhere and still be able to send designs over to the studio.

LB: I love Calico wallpaper, based in Brooklyn. The wallcoverings are divine and look just as stunning in a frame as an entire wall.

LB: A hairdryer. Life would be tough for me without a hairdryer!

LB: I like loft living. My home in London is a converted fire station that dates back to 1895, so it's not exactly a loft, but it does have similar features in that it's very modern but quite industrial at the same time, and a very open plan.

LB: I would love to design and stage a pop concert. I think it would combine many of the disciplines I have learnt over the years—theater, fashion, lighting, and interiors. I would have loved to create a show for someone like Michael Jackson or Prince.