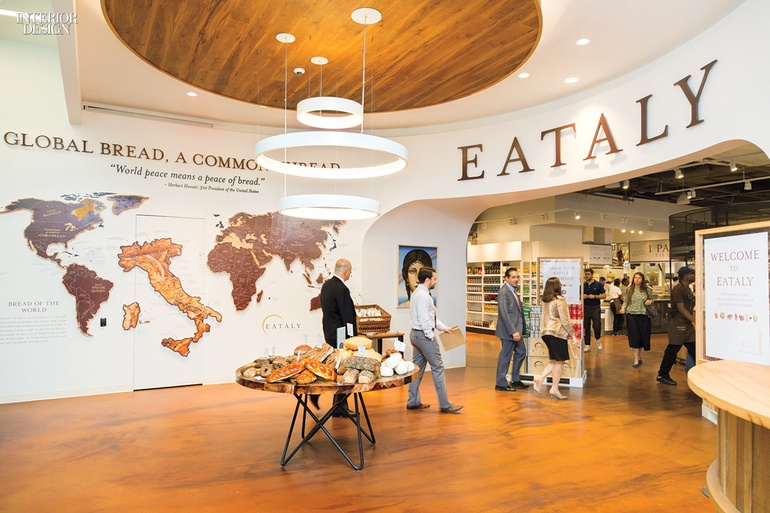 Soon after the September 11 terrorist attacks, furniture manufacturer Riva 1920 commissioned five designers, including Mario Botta and Antonio Citterio, to create commemorative tables that were auctioned of at Christie’s, raising nearly $200,000 for the FDNY Columbia Association and families of fallen Italian-American firefighters. But then, much like Ground Zero itself, the iron base of Renzo Piano’s submission was reborn in Earth to mark the 15th anniversary of 9/11. The table is ensconced in World Trade Center Tower 4, at the entrance of Eataly NYC Downtown, the Italian marketplace’s latest Manhattan branch, designed by Studios Architecture. But while the Piano original was topped with a solid sheet of kauri, the new design immerses fragments of the New Zealand wood (representing the continents) in clear resin (indicating bodies of water) and is set beneath the slogan “global bread, a common thread.”