13 Art Exhibits to See This Fall in NYC 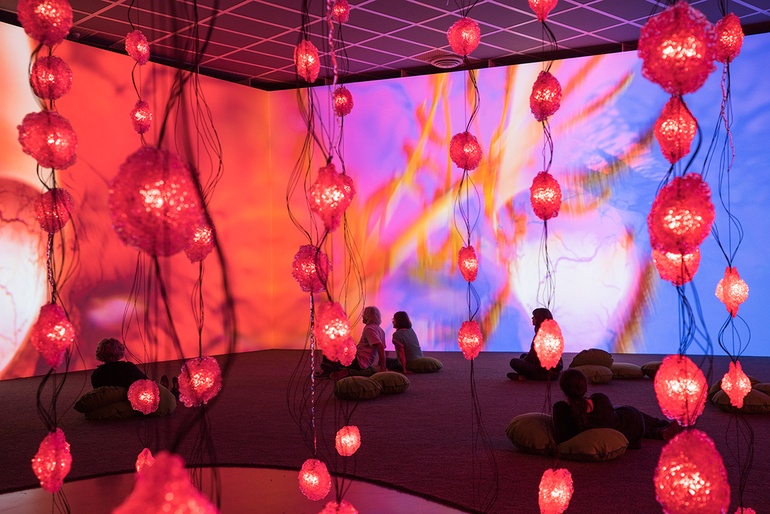 3. Artist: Stan Squirewell.
Gallery: Art in FLUX.
Exhibition: The Alchemist.
Dates: Through November 9.
Drawing on influences as varied as sacred geometry, science fiction novels, and Atari video games, the artist’s newest collages are set on wooden frames that have been ceremoniously burned.

4. Gallery: Christie’s.
Exhibition: Opulence and Living with Art.
Dates: October 6 – 9 (Opulence) and October 8 – 13 (Living with Art).
Designer Kirill Istomin will create a pair of vignettes, one inspired by legendary design firm Parish-Hadley and the other by Cecil Beaton’s suite at the St. Regis, mixing auction items from centuries past with contemporary touches.

5. Artist: Richard Long.
Gallery: Judd Foundation.
Exhibition: Richard Long.
Dates: October 1 – December 17.
Two monumental terracotta works by the celebrated British artist will be accompanied by selections from Donald Judd’s archives on the ground floor of the 19th-century building where Judd lived and worked until his death in 1994.

6. Artist: Tahiti Pehrson.
Gallery: Art at Viacom (at 1515 Broadway).
Exhibition: The Journey of Light.
Dates: Through November 22.
Geometric patterns were meticulously hand-cut into cotton rag paper using 11,083 X-Acto blades for three installations that reflect on the human life cycle, influenced by the declining health of the artist’s father and the vitality of his young daughter.

Exhibition: Blue Heaven.
Dates: September 27 – November 3.
Alongside Lapo Binazzi, designer Tony Ingrao curated an exhibition where the walls and floor have been painted Yves Klein Blue to create an immersive environment for pieces, including glass sculptures by Jeff Zimmerman and a cardboard armchair by Frank Gehry.

8. Gallery: Timothy Taylor 16x34.
Exhibition: Architecture of Color: The Legacy of Luis Barragán.
Dates: Through November 19.
For the gallery’s inaugural show, which includes sketches and furniture by Barragán, as well as work by Dan Flavin, Sheila Hicks, and others, a wall was painted pink and bright vinyl gels were applied to the windows in the late architect’s honor.

9. Artist: Ree Morton.
Gallery: Alexander and Bonin.
Exhibition: Something in the Wind.
Dates: October 15 – December 22.
One of three exhibitions at a new space by Bade Stageberg Cox, works from this feminist artist include an installation of colorful hand-sewn flags originally rigged to a schooner in the South Street Seaport in 1975, two years before her death at age 41.

10. Museum: Museum of Modern Art.
Exhibition: How Should We Live? Propositions for the Modern Interior.
Dates: October 1 – April 23, 2017.
Exploring collaborative partnerships and processes that have shaped the modern interior, with a special focus on designers’ own living spaces, hundreds of objects from the 1920s to the 1950s are on display.

12. Artist: Mitch Epstein.
Gallery: Yancey Richardson Gallery.
Exhibition: Rocks and Clouds.
Dates: Through October 22.
For the 12 large-format black-and-white photographs, Epstein consulted the nine weather apps on his iPhone to help determine the cloud activity on a given day, then shot with his 8-by-10 field camera in the city’s five boroughs and beyond. Read more about Epstein's exhibition here.