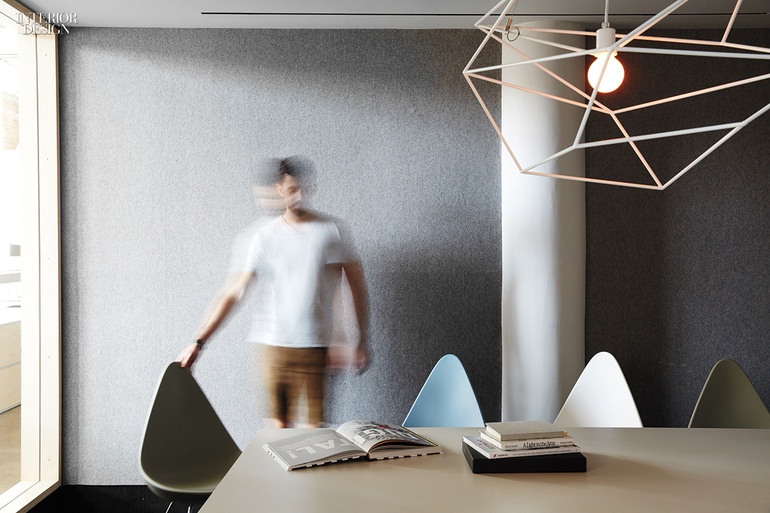 Dots. Two Dots. Dots & Co. What the dot are we talking about? Those are mobile gaming apps produced by digital studio Playdots, and more than 100 million people around the world partake in them. But just 50 illustrators, animators, designers, and engineers are housed in the company’s new headquarters, spread across 6,000 square feet inside a neo-classical building in the meatpacking district. Woodfin Architecture & Design and Sheep + Stone collaborated to create a space that boosts creativity. Plywood, blackened steel, and wool felt dominate the materials palette, but, “in terms of furniture, we diversified, playing with form so the communal areas felt synonymous with the brand,” Sheep + Stone founder Sheena Murphy says, referring to oversize pendant fixtures and funky chairs, among which classic mid-century pieces are, err, dotted.