The 50-Year Legacy of B&B Italia 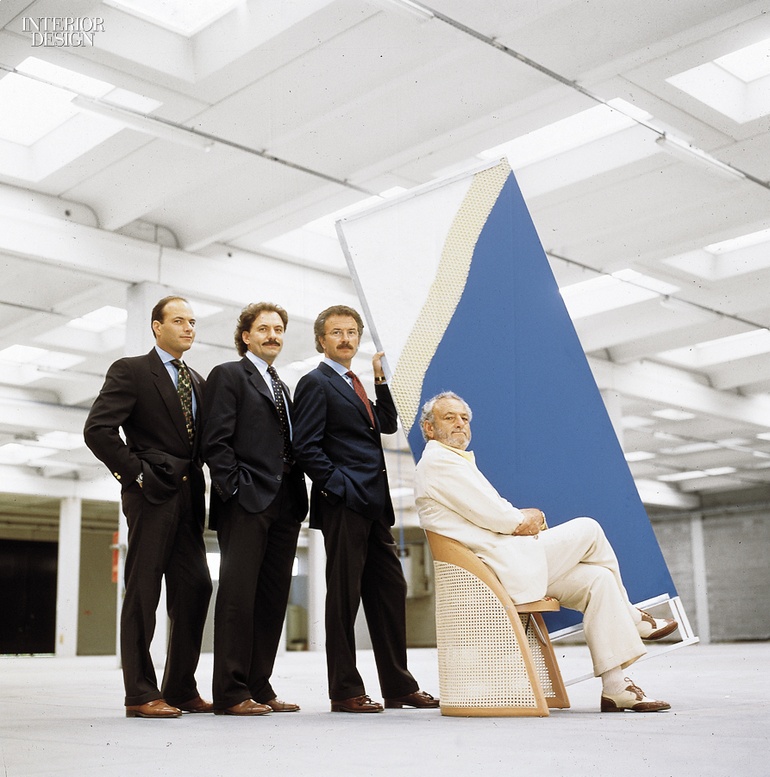 It was half a century ago, in 1966, that entrepreneur Piero Ambrogio Busnelli conceived B&B Italia as a brand that would reflect Italian culture, anticipate trends, and, ultimately, make a mark on the already crowded world of industrial design.

In the early years, that vision of modernism was carried through by designers such as Marco Zanuso. His drawn-out Lombrico sofa suggested a new paradigm for public spaces. In true ’60’s style, bordering on the surreal, elastic fabrics hugged the bulbous polyurethane forms of Serie Up seating by Gaetano Pesce, later inducted into the Interior Design Hall of Fame. Then, at the start of the ’70’s, the manufacturer turned provocateur in using topless models to promote Mario Bellini’s cushion-inspired Le Bambole. It was also around that time that Busnelli commissioned Studio Piano & Rogers to design the company headquarters near Milan.

Today’s B&B, headed up by Busnelli’s son Giorgio as CEO, still embodies the same vision of superbly designed, shrewdly marketed furnishings created with a legion of A&D stars. Barber & Osgerby, for example, referenced Japanese gardens for the Tobi-Ishi table. Hall of Fame members have been busy with B&B as well. Patricia Urquiola’s fashion-minded Crinoline outdoor chair has received acclaim, as has the Mirto outdoor collection by Antonio Citterio, who also contributed a seating system named Richard. (The Sity sofa system from the ’80’s is Citterio’s, too.)