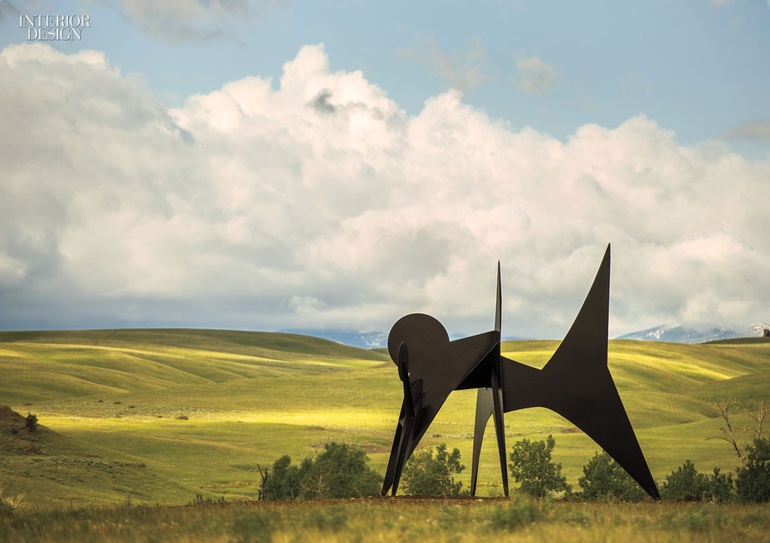 Wind along a particular gravel road in Montana, with the Beartooth Mountains silhouetted in the background and open plains undulating all around, and you’ll encounter a cowboy on horseback, Angus cattle grazing, a herd of sheep, and... an Alexander Calder stabile, one of the surprises and delights of Tippet Rise. Bringing large-scale sculpture and live classical music to 11,500 acres of working ranch near the town of Fishtail, north of Yellowstone National Park, this art center is the vision of a painter and a pianist, philanthropists Cathy and Peter Halstead. (Her father invented Grey Goose vodka.)

Storm King Art Center in the Hudson Valley and the Fondation Maeght in the south of France were among the inspirations for Tippet Rise—in fact, a Mark di Suvero sculpture now there came from Storm King. The Halsteads found their director, former Arup associate principal Alban Bassuet, after being impressed by the acoustics of a concert hall that Arup had designed for the U.K.’s Aldeburgh Music festival. Bassuet oversaw the master plan for Tippet Rise, including its geothermal and solar-array systems and the positioning of the buildings and the sculptures. “They’re intentionally nestled in the land,” he says. And about half of the sculptures are site specific, commissioned by him and the Halsteads. The trio also chose architect Laura Viklund Gunn of Gunnstock Timber Frames for the barn-style 150-seat hall, which hosts concerts of composers from J.S. Bach to Philip Glass.