THE NEW Gallery Debuts in L.A. with a Lighting Collection by Christopher Boots 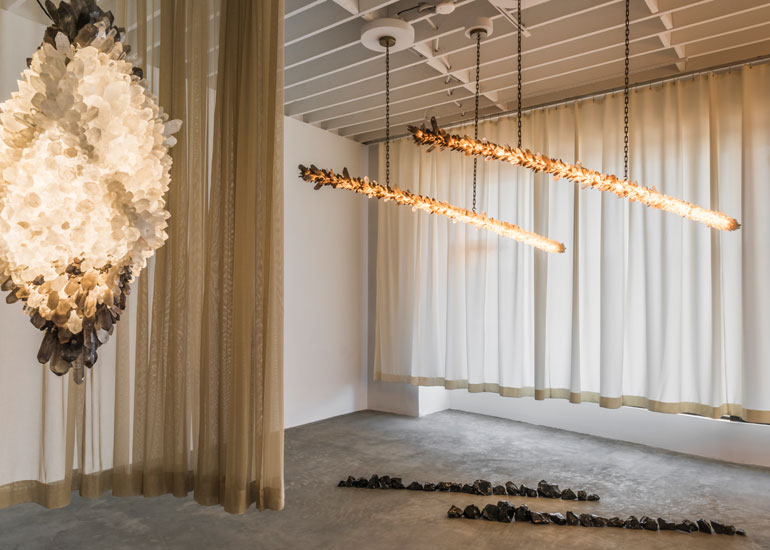 THE NEW, a gallery space created by the same minds behind Twentieth, a contemporary design showroom in Los Angeles, made its debut with an exhibition by Christopher Boots. Called Christopher Boots: Elemental, the exhibition features nearly a dozen limited edition and one-of-a-kind pieces of sculptural lighting by the Melbourne, Australia-based industrial designer. 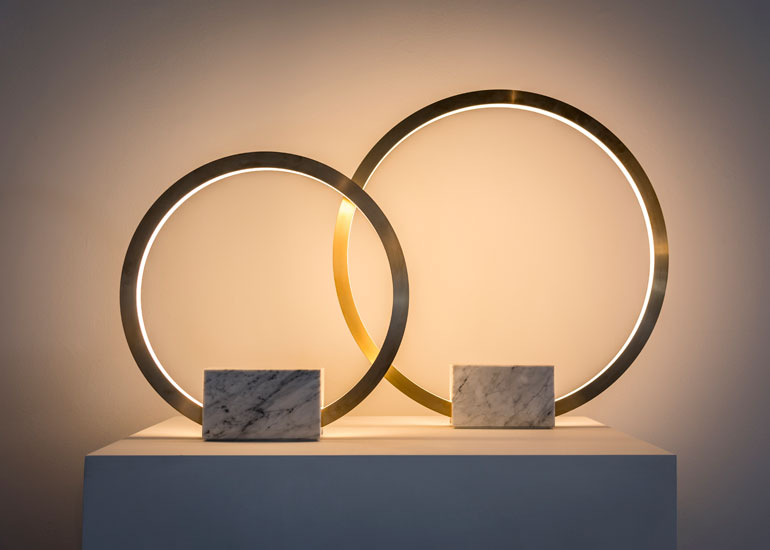 Stefan Lawrence, founder and gallery director of Twentieth and THE NEW, describes Boots’ pieces as both “captivating” and “fantastic,” and is largely why he chose to select his work for the space’s debut. 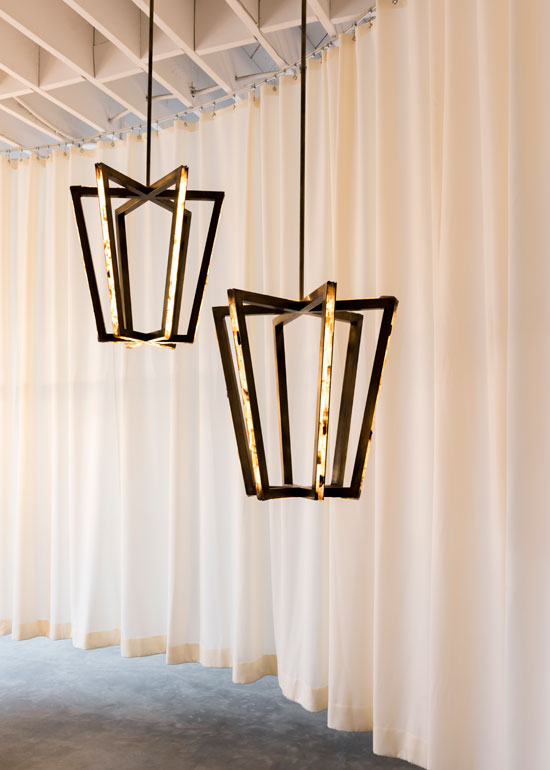 “His work is a departure from usual production pieces, since they’re a little more raw,” Lawrence says. “He’s working with quartz crystals that were unearthed and selected for their color and size. This kind of work has never existed before, and that along with the natural beauty of the stones are really captivating.” 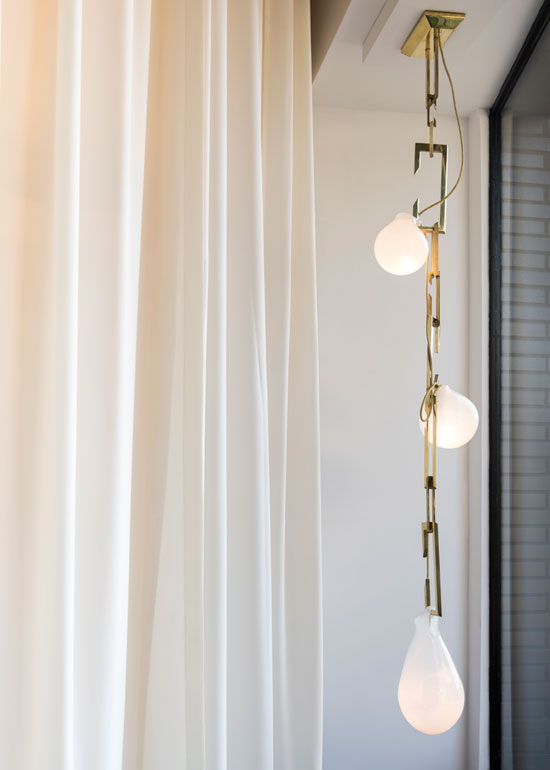 For his pieces, Boots traveled the world to acquire the most unique quartz specimens, traveling to places like Brazil and the United States. (His pieces have also been part of window displays at Hermès boutiques in New York City and Vancouver.) But quartz isn’t the only material he works with, also favoring brass, white steel, Carrara marble, and glass. 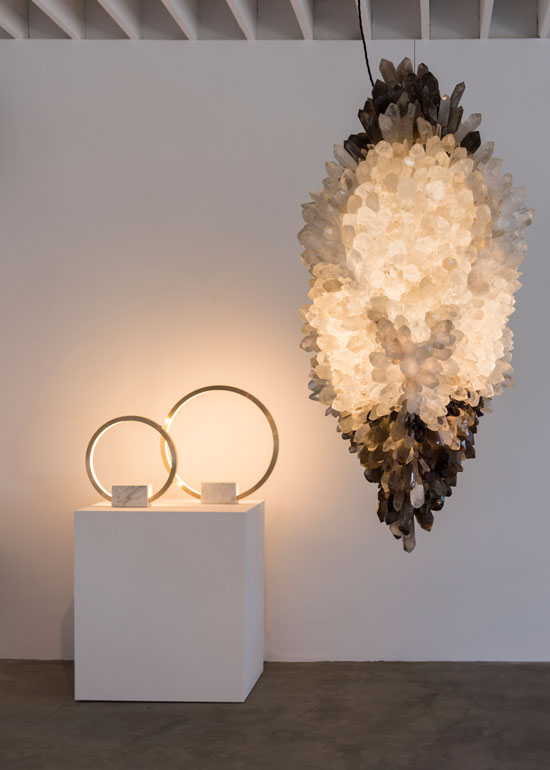 Lawrence notes one piece in particular that stands out from the collection, and at four feet high, it’s easy to see why. Appropriately named “Goliath,” he describes it as “a giant piece of rock candy.” 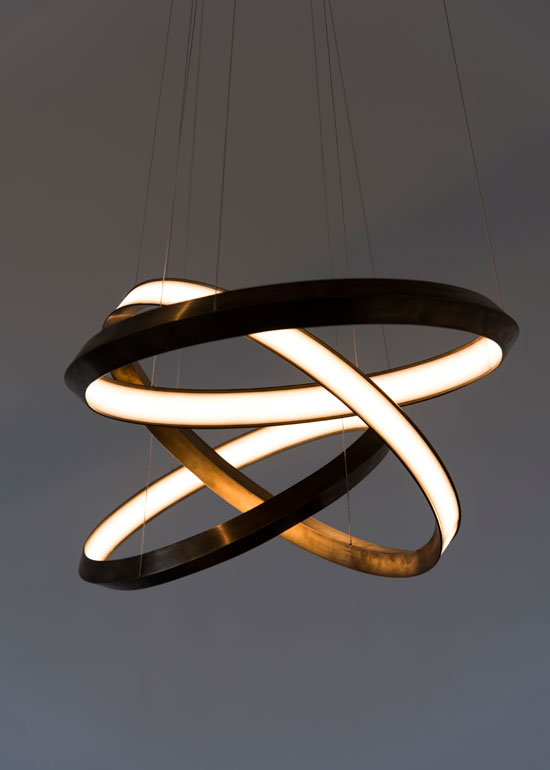 Christopher Boots: Elemental will be on display now through August 31. Next up for THE NEW will be “The Drift Series,” a show inspired by Patagonian glaciers that features pieces made using sand and cement by designer Fernando Mastrangelo. It will be on display September 15 through November 30. 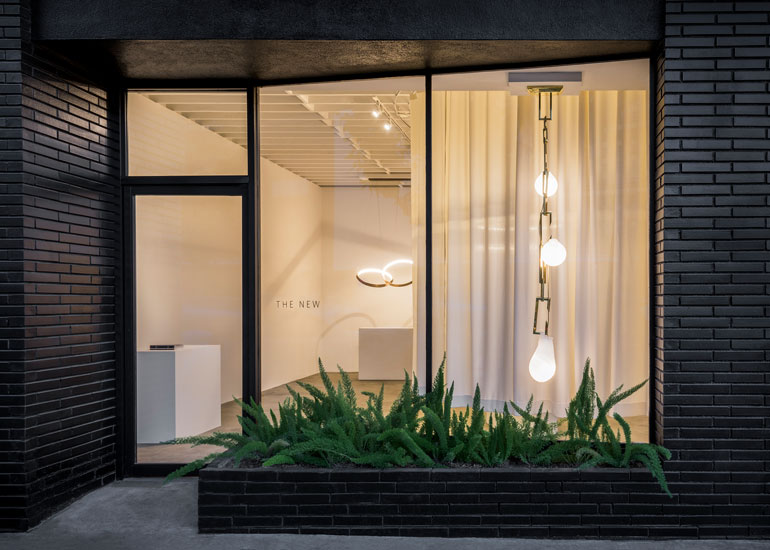 THE NEW is adjacent to Twentieth, which is located at 7470 Beverly Blvd. in Los Angeles.