After Working for a Chinese Developer, D.B. Kim Returns to the U.S. with Newfound Perspective 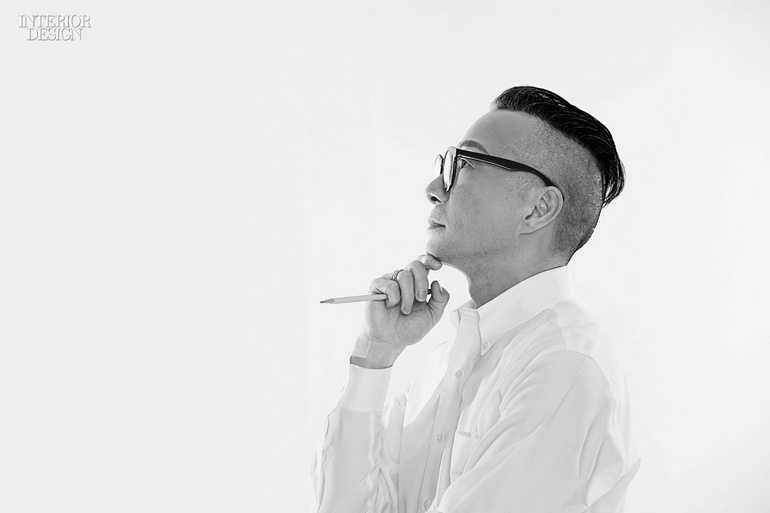 A career hospitality designer, D.B. Kim is a frequent flier both by profession and by nature. And his immersive approach to travel has served him well when designing luxury properties, whether in-house at Starwood Hotels & Resorts Worldwide or for clients of Daroff Design + DDI Architects and Pierre-Yves Rochon. Then the South Korean native moved to Beijing to become a VP at the Wanda Hotel Design & Research Institute. The studio is a subsidiary of the Dalian Wanda Group, a real-estate giant helmed by China’s richest man, Wang Jianlin, and responsible for upscale properties around the globe. Kim’s job was to help launch no fewer than three hotel brands. Now home in New York, he sat down with Interior Design editor in chief Cindy Allen to chat about his experiences.

Cindy Allen: Welcome back! It’s been a while.

D.B. Kim: Two years and five months, to be exact, since I left.

CA: During which time you designed how many luxury hotels?

DBK: About 30 now completed, from the ground up, plus more still in the pipeline. One took only 11 months from digging the hole to cutting the ribbon.

CA: That is crazy. What’s behind those famously accelerated time lines in China?

DBK: The Chinese have such commitment and enthusiasm. The minute they break ground, they can’t wait to see a project completed. From a designer’s point of view, it’s heaven. Somebody finally understands how I feel!

CA: Sounds like that speed extends to hiring designers, too.

DBK: For me, the courtship period was very quick. I woke up one morning to find my in-box flooded with so many e-mails from China that I thought my account had been hacked. I got nervous and started deleting, deleting, deleting before I noticed they were all from the same company. With a little research, I discovered it was Asia’s biggest real-estate concern. It had already developed over 100 luxury hotels for InterContinental, Park Hyatt, and other franchises and was now starting to create its own global brands, which is what excited me.

CA: As VP of hospitality design, you worked on all the new brands?

DBK: There were three, Realm, Reign, and Vista. I led a team of 200 to establish the design direction and standard levels for each.

CA: Was that experience similar to your previous roles?

DBK: When I initially worked for Starwood under the founder, Barry Sternlicht, we were one of the first hospitality companies to have its own design studio. I was VP of design for Starwood’s Sheraton, W, and Westin brands, and I was most interested in Westin, because it had a great foundation but needed a refresh. I’m always attracted to the potential for growth.

CA: Which is part of what lured you to China. What else?

DBK: In Asia, developers are incredibly sensitive to nuances of materials. You suggest using jade, and they’ll ask, “But what kind of jade?” There are a million types—from different regions, exhibiting different characteristics—and your client is aware of them all. Luxury in China is really tied to a materials sensibility.

CA: What about local culture?

DBK: We were building properties all over the country, not in just one province, and we had to tailor the brands accordingly. Most outsiders are unaware of the diversity of Chinese culture. Every region has its own cuisine, dialect, religion, mentality, and expectations. Expressing “localism” can’t be like walking into a souvenir shop. It needs to be stepped-up, intelligent, somewhat abstracted.

CA: Can you give an example?

DBK: For a Vista resort at the southern tip of China, between Burma and Laos, not far from Thailand, we based the shape of crystal chandeliers on native flowers. For the Reign hotel in Chengdu, the capital of Sichuan, we carved panels and screens from local jade.

CA: How has working in China made you a better designer?

DBK: Being on the outside looking in, I gained insight on design in the U.S. We may set global standards, but we don’t take many risks. I learned how to push the envelope while remaining realistic in terms of budget and schedule. Risk-taking within strict parameters is where true creativity lies.

CA: Despite the near-impossible deadlines…

DBK: I’d be on the project site at 1:00 AM with a hard hat on. After I took a group photo of some of the designers, I noticed that one was literally asleep standing up.

CA: But you had time to indulge your spiritual side, too.

DBK: In Beijing, I regularly visited the Yonghe Lama Temple, which was dedicated to the dalai lama during the Qing dynasty. There are five worship halls, each progressively bigger and grander, culminating in an immense hall where you pray at the feet of the largest carved wooden Buddha on the planet—it’s listed in the Guinness Book of World Records. The statue is so big that you can’t even see the whole thing from up close, which is very interesting architecturally and, as you can imagine, climactic. When I was there, I felt like I became Chinese.