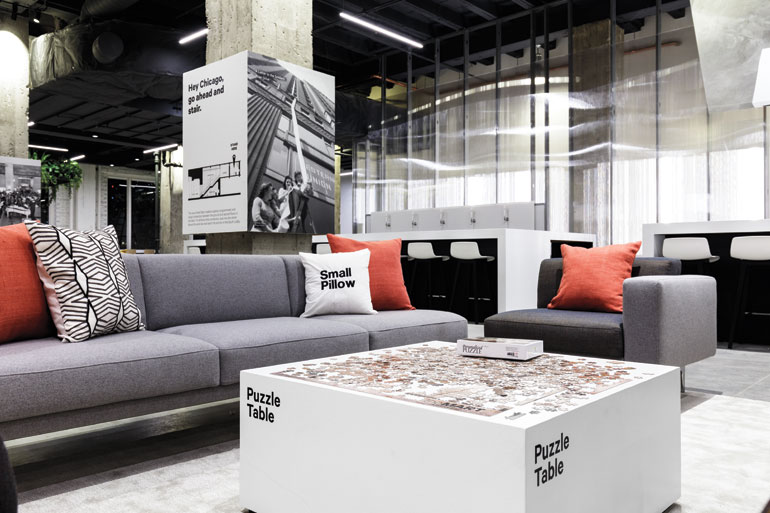 Talk about stepping it up! The 85-year-old Merchandise Mart—re-christened the MART—recently received its most extensive rehab in four decades, completed just in time for NeoCon. Spearheaded by New York firm A+I with help from Valerio Dewalt Train Associates, the three-year, $40 million facelift centers around a buzzy landmark: the Grand Stair, a 50-foot-wide communal space that connects the first and second floors via marble stadium seating. After checking in at the new reception desk—some 60 linear feet of Calacatta marble—guests can relax and enjoy free WiFi and front-row viewing of a massive projection wall. The stair culminates in the second-floor lounge, a multipurpose space featuring magnificent vistas of the Chicago River and River Drive Park esplanade—not to mention furnishings by Allermuir, Bernhardt Design, Davis, HBF, Herman Miller, Masland Carpets, and Stylex. “Rather than creating a port of entrance and exit, the Mart lobby design features allow for a new kind of engagement by slowing down the pace of passage,” notes A+I principal Brad Zizmor. “The reception area and Grand Stair create a spectacular architectural landscape conducive to reflection, thinking, and socializing.” And, perhaps, post-NeoCon cocktailing, too. See you there! 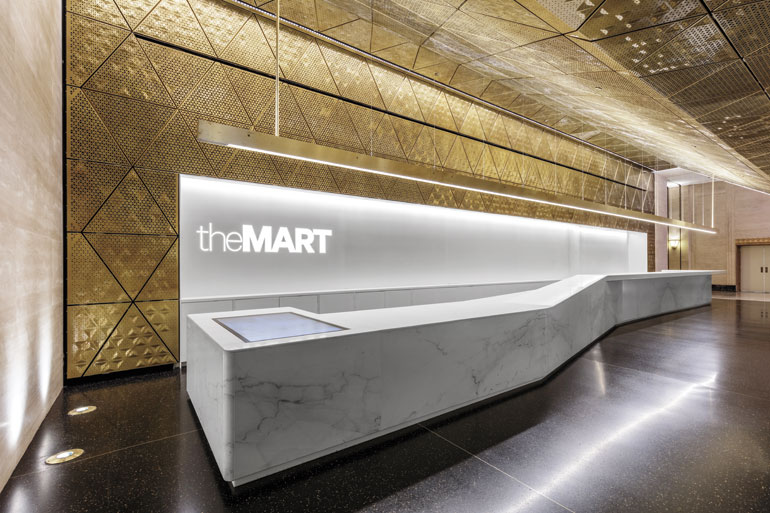 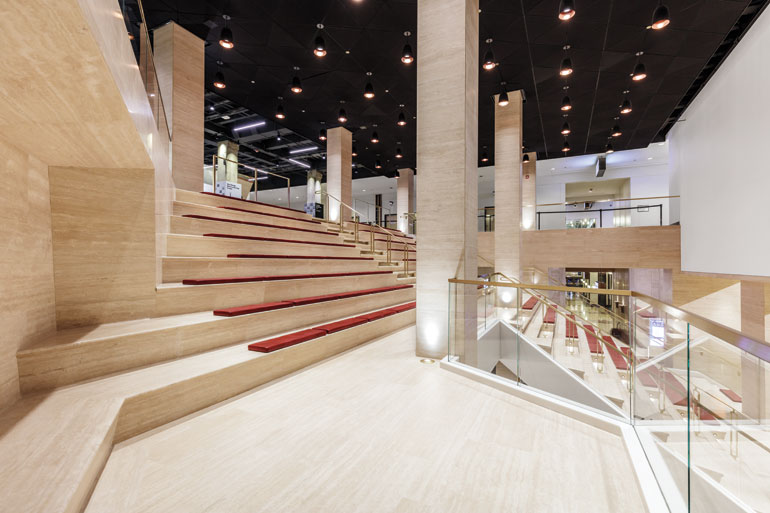 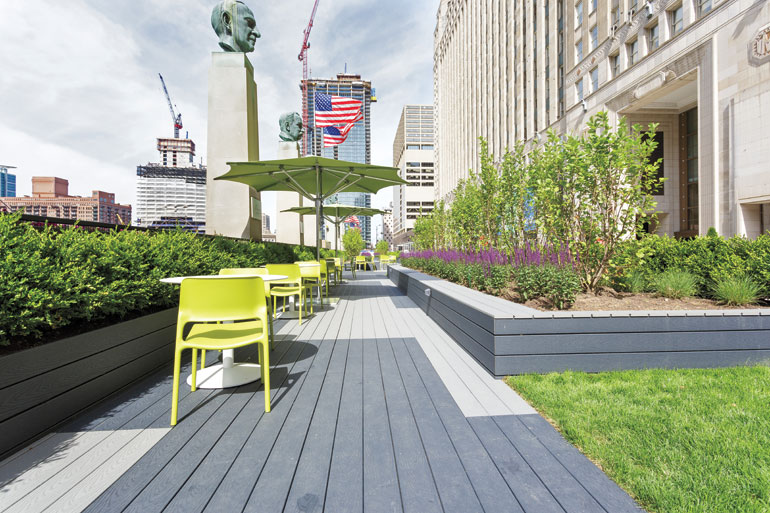