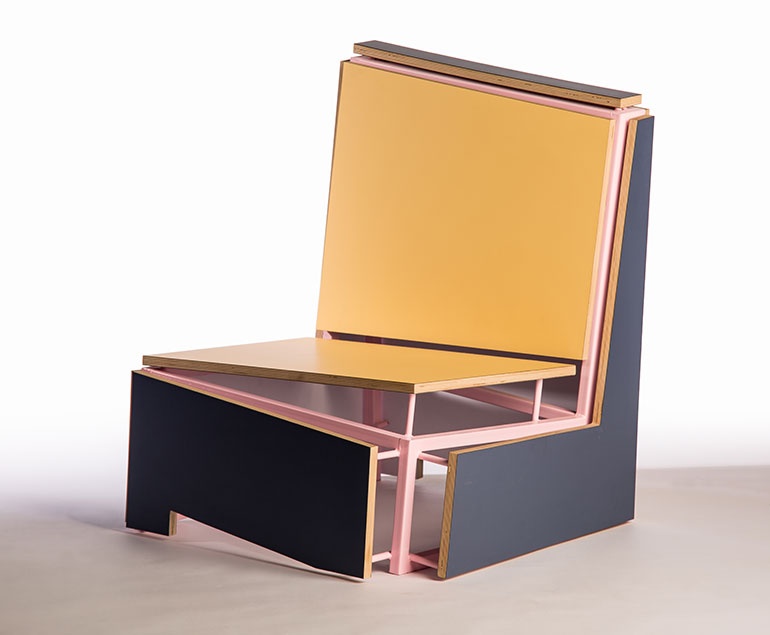 Stephen Marchio of the College for Creative Studies took home the blue ribbon with “Prelude,” a chair presenting a fascinating interplay of pastel hues and orthogonal structural forms. Marchio describes his design as a visual statement on craftsmanship that embraces the tension between construction and deconstruction. “Prelude’s concept is based on the idea that a maker often looks back on his or her work from years ago and can get the sense of progression,” said Marchio. “It projects into the future of a skilled designer’s life while simultaneously honoring all the little steps they took to get there.”

By exploring self-realization through design, Prelude seamlessly encapsulates “design for delight” by evoking an uplifting mood bolstered by the deeper, more intense pastel hues achieved through laminate as opposed to paint. “The slanting angles of this chair are an optical illusion, which distract us from the fact that the lines of this form are perfect right angles,” explains Grace Jeffers, program director. “It’s a visual puzzle that the judges couldn’t stop thinking about.”