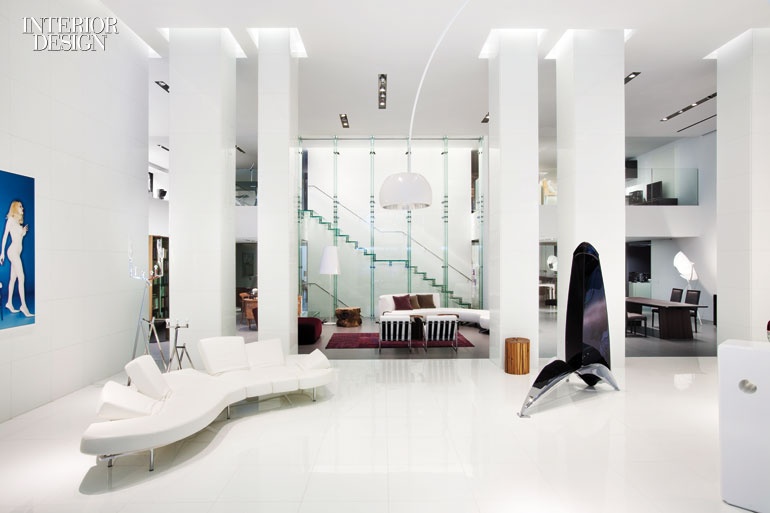 Nader Hakakian ran a successful furniture business in prerevolutionary Iran. But it was in 1991 New York that he founded DDC, launching a tastemaker of modern European design. Now celebrating 25 years in the city, his sons and owners—Babak, Siamak, and Daniel Hakakian—honor their past while curating the future. After debuting uptown with Gaetano Pesce’s stainless-steel and cast-resin Broadway chair for Bernini and Rod Arad’s chromed-steel Europa sofa for Draenert, DDC moved in 2000 to a 20,000-square-foot midtown showplace by Philip Johnson Alan Ritchie Architects. A Los Angeles showroom followed in 2007, the same year Massimo Castagna’s Flying Circles bookcase for Ceccotti Collezioni hit the floor. In 2010, DDC cemented its Manhattan reputation with a second showroom, this one by Studio Gaia. But despite their Europhilic leanings, the brothers also embrace local talents like Virginia Harper, who uses wood reclaimed from Hurricane Sandy for her new Zenzero bench—a reinvention that should resonate with the Hakakians.