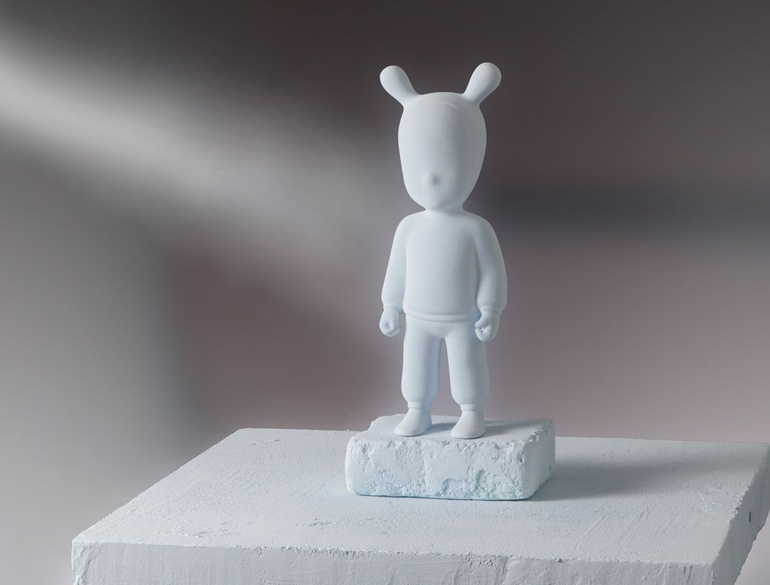 First conceived by Spanish artist and designer Jaime Hayon, Lladró Atelier's uniquely captivating character known as The Guest has represented creativity and collaboration, inviting cutting-edge artists from around the world to design distinctive personalities for the porcelain character. Famed fashion designer Paul Smith, Japanese studio Devilrobots, French illustrator Rolito, and American creatives Gary Baseman and Tim Biskup have all created versions of The Guest that reflect their own charm and individuality.

Fittingly, a custom version of this symbol for creativity and innovation is being designed for the inaugural NYCxDESIGN Awards presented by Interior Design magazine and ICFF. The awards celebrate outstanding talent across major areas of design such as architecture, interiors, furnishings, lighting, and technology, and unifies the more than 500 events taking place during New York City's showcase of global design. Inspired by NYCxDESIGN Awards's signature color, Lladró artists and technicians at the brand's workshops in Spain developed a version with platinum luster over an orange base that will be awarded in over 30 exciting categories.

Finalists will be publicized on May 7th, and winners will be announced on May 14th at 6pm during a ceremony taking place at MoMA which will be streamed on Facebook Live.