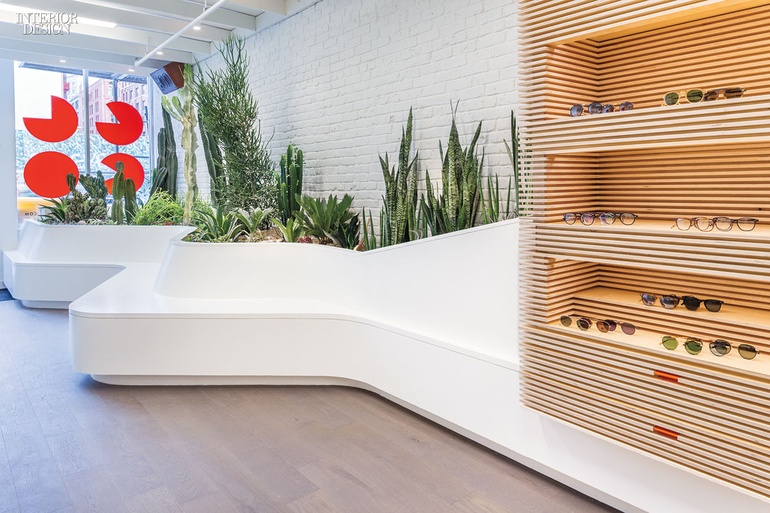 You thought that art galleries were returning to New York’s SoHo neighborhood? You might need to get your eyes checked. The “gallery” you saw was probably Garrett Leight California Optical, designed ever so artfully by West of West. Reprising the minimalist materials palette found at the Los Angeles and San Francisco locations, birch plywood, either painted or clear-finished, dominates the new outpost’s 1,000 square feet, and the tidy garden of cacti and other succulents looks very Palm Springs. However, it was a bicoastal legend, Beat poet Allen Ginsberg, who inspired the store’s limited-edition frames stamped “Only in New York.”