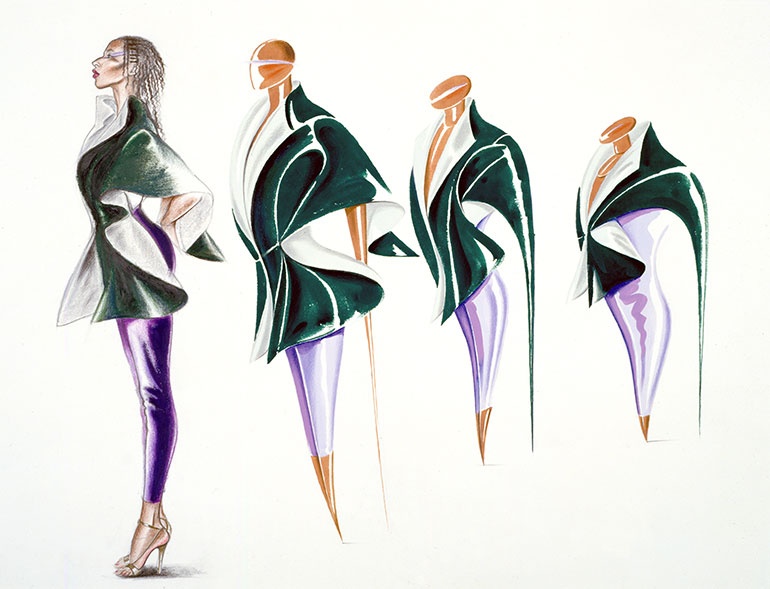 Antonio Lopez was born in Puerto Rico, but attended grammar school just blocks from New York’s El Museo del Barrio in the 1950’s. Today, he is the subject of a retrospective there. “Antonio Lopez: Future Funk Fashion,” opening June 14, celebrates his multifaceted career, both in his adopted city and in the Paris of Yves Saint Laurent and Karl Lagerfeld.

In Paris, Lopez was credited with discovering Jerry Hall and Grace Jones, who were then modeling. But he truly made his mark with his spirited drawings and watercolors, influenced by graffiti, disco, and race and body issues. His illustrations regularly appeared in the New York Times and Harper’s Bazaar, and he sketched portraits of Oscar de la Renta, Norma Kamali, and Issey Miyake. MAC, as in Make-Up Art Cosmetics, even named an eye, lip, and cheek palette after Lopez. How’s that for fashion immortality?