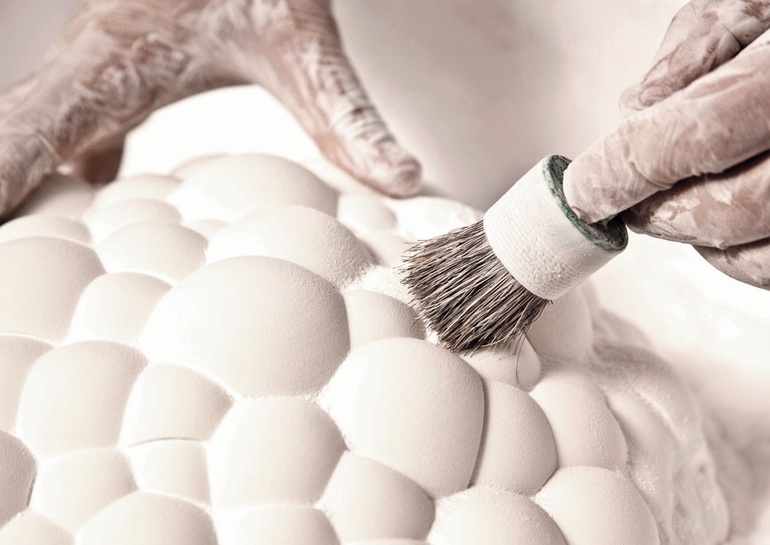 According to "New Craft"—an exhibition that opened this month as part of the XXI Triennale di Milano program—so great is the influence of technology that the term ‘craft’ now encompasses everything from 3D-printed engine components to containers grown from mycelium.

"A new generation of artisans is aiming to couple design with new technologies in order to promote variety and customization," says Stefano Micelli, the exhibit's curator. "The strength of these technologically advanced artisans is that they have reformulated the traditional sequence of concept-prototyping-construction-distribution, which was a feature of the heroic age of industrial development, using the internet as a platform for dialogue and interaction."

Among the other many exhibited products, including everything from bicycles to items of clothing, a section of the exhibition called "Mutations" brings some historical context by drawing parallels between métiers d’art artifacts produced in the 19th century and modern arts and crafts produced as textiles, ceramics and wood.

Elsewhere a series of furniture designs by RISD students reexamines how soft materials are used in furniture design. Eschewing traditional upholstery methods, students have explored techniques such as weaving, knitting, crocheting, and knotting to make a series of unconventional seating designs such as Michelle Dunbar and Mayela Mujica’s Stretch lounge with a 3D knitted seat that, when occupied, stretches to reveal a bright orange yarn beneath its grey surface.

Laid out across the Fabbrica del Vappore—a converted train factory—the exhibition’s layout comes courtesy of Studio Geza who have made use of the vast space by installing nine large towers to display large-scale works, live workshops with digital manufacturing tools, and impressive video projections.

Technology and globalization have undoubtedly transformed the design industry and "New Craft" offers us a glimpse into an exciting but strange 3D printed future. On view through September 12.