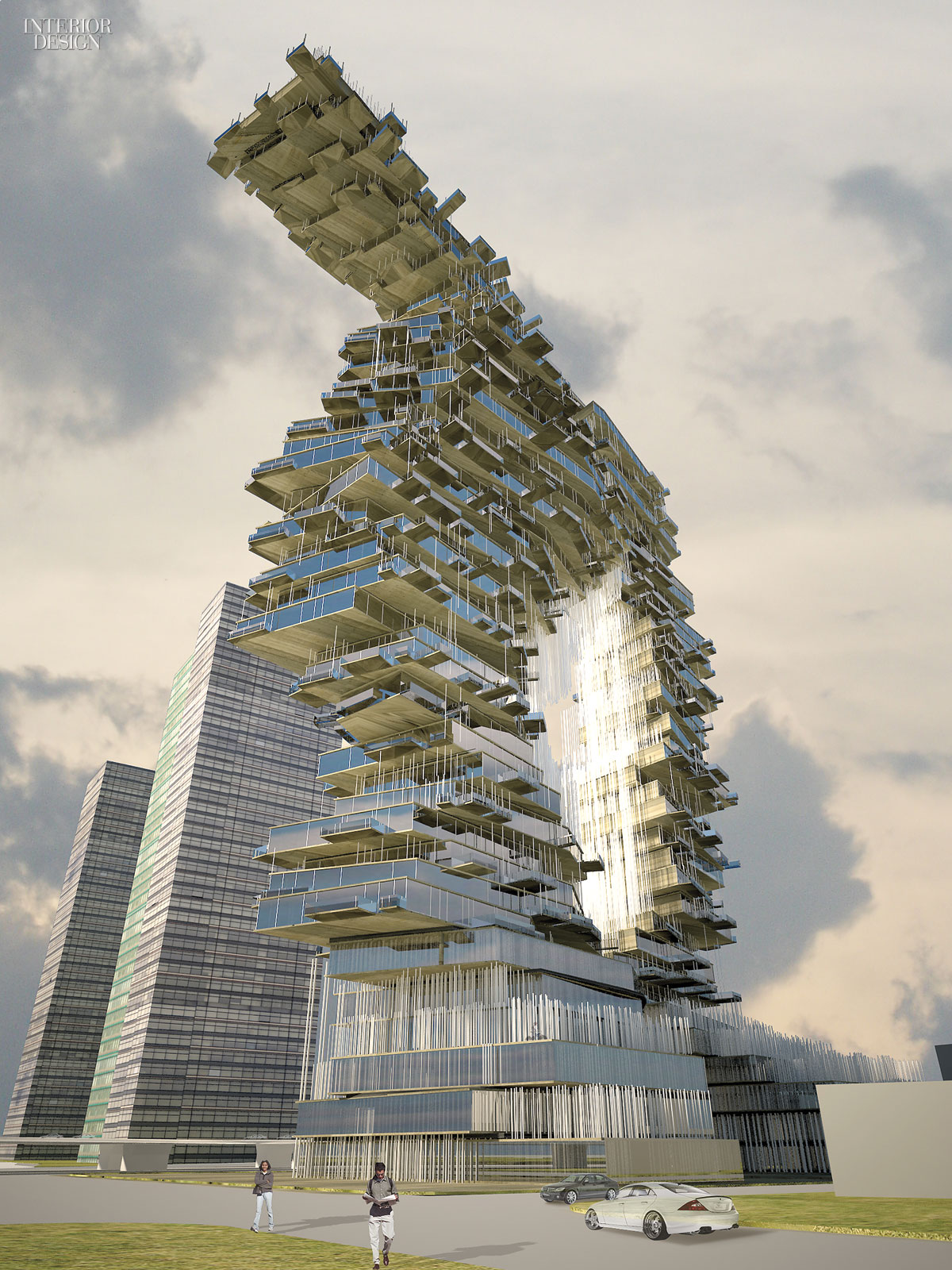 Tree-huggers worth their bark know that plants eat carbon dioxide. But what if a building could do the same thing? That’s the supposition explored by Klaus S. Lackner, director of Arizona State University’s Center for Negative Carbon Emissions. Lackner developed the technology that serves as the basis for Bluarch’s theoretical Miami apartment tower, which would scrub carbon dioxide from the air.

Resin composing the exterior columns captures noxious emissions, which are compressed into liquid and stored deep underground, beneath the garage. Because the 42-story, 250,000-square-foot structure splits at the center, there is also more available surface area to be clad in thin-film photovoltaic cells, making each apartment energy self-sufficient.