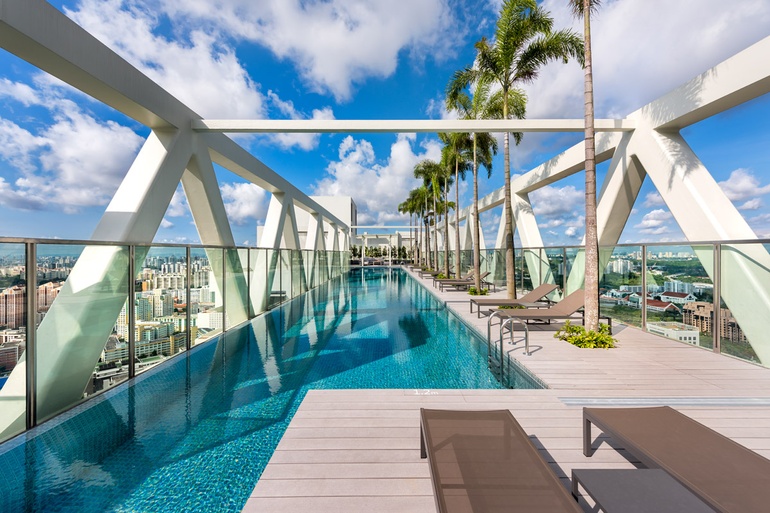 Arriving on the heels of the architect's 2015 AIA Gold-Medal, a traveling exhibition of Moshe Safdie's work titlted "Global Citizen: The Architecture of Moshe Safdie", will land in Boston, the home of his principal firm, Safdie Architects. Throughout his 50-year career, Safdie has established a creative philosophy of “progressive contextualism”, the idea that the physical, historical, and cultural context of a building should inform its design.

Opening March 16 at the Boston Society of Architect’s BSA Space, the exhibit will feature a five-part presentation including models, drawings, films, and photography of more than 30 projects from the architect’s portfolio. Each section explores a different decade of his work, from 2005’s Yad Vashem Holocaust History Museum in Jerusalem, to upcoming works like China’s Raffles City Chongqing project slated for 2017.

The career-launching Habitat ’67 housing project in Montreal is also featured; Safdie founded his firm for the purpose of actualizing this project, which originated as his thesis while studying at McGill University. It went on to be a pavilion at the Expo 1967 world’s fair, and today is considered an architectural landmark of that city.

Since the founding of Safdie Architects in 1964, outposts have been established in Jerusalem, Toronto, Singapore, and Shanghai, and the firm has taken on projects from Paris to India to Arkansas.

As an added bonus to the lineup, the exhibit arrives with a re-issued and updated edition of its once-sold-out, 160-page catalog. Alongside essays by the architect, exhibition curator Donald Albrecht, and historian and theorist Sarah Williams Goldhagen, the expanded catalog will include updated project photography and the text of Safdie’s AIA Gold Medal acceptance speech.

The show is open to the public from March 16 to May 22, and admission fees, while not obligatory, are suggested as donations for the non-profit host organization.