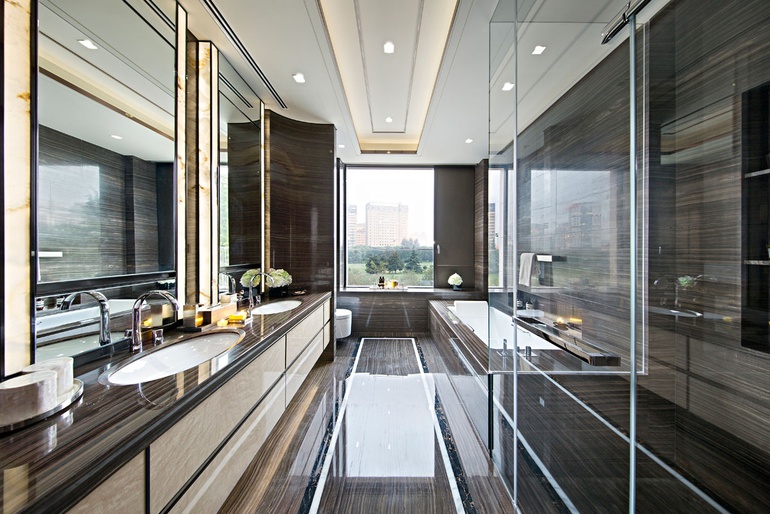 Precisely when does something go from a nice trend to a serious run to a golden age? The latter may be overstating the case a bit but maybe not by much, judging by the numbers in Interior Design’s annual survey of the top 100 Giants firms. The big numbers first. Total fees rose a healthy 6 percent, to $3.5 billion. That’s just about spot-on from the forecast around this time last year. Robust business is expected to continue with fees anticipated to top $3.7 billion.

Square footage came in at 884 million, up slightly from the previous 861 million and the biggest number since we started keeping track though less than the 902 million expected. The current forecast, 997 million, creeps ever closer to the elusive 1 billion mark. But one step at a time. Three consecutive forecasts above 900 million haven’t gotten there yet.

A number that has more than doubled in the past five years is total projects. They hit a new high at more than 55,000. And that’s expected to remain the case.

The first installment of the two-part annual business survey of Interior Design Giants comprises the 100 largest firms ranked by interior design fees for the 12-month period ending December 31, 2015. The 100 Rising Giants ranking will be published in July. Interior design fees include those attributed to:

2. All aspects of a firm's interior design practice, from strategic planning and programming to design and project management.

3. Fees paid to a firm for work performed by employees and independent contractors who are "full-time staff equivalent."

Interior design fees do not include revenues paid to a firm and remitted to subcontractors who are not considered full-time staff equivalent. For example, certain firms attract work that is subcontracted to a local firm. The originating firm may collect all the fees and retain a management or generation fee, paying the remainder to the performing firm. The amounts paid to the latter are not included in fees of the collecting firm when determining its ranking. Ties are broken by the dollar value of products installed. Where applicable, all percentages are based on responding Giants, not their total number. The data was compiled and analyzed by the Interior Design market research staff in New York, led by Wing Leung, research director.